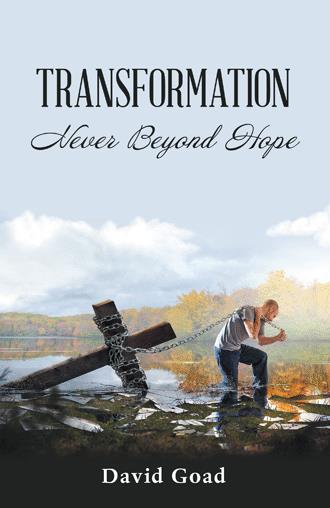 Death Comes Calling
It was New Year's Eve, around eight o’clock. I was supposed to be home early that night because we had company from out of town coming. My Mother was coming to visit in a few days. I should have been home around four at least. I had stopped off at my mistress’ apartment first, to have just one drink with her. Instead, we had several drinks to celebrate the new year, when I looked at my watch, I knew I would be in trouble when I got home. I did not expect what I found when I got to my house though.
As I came in the door, I faced my own thirty-eight revolver, cocked and ready to fire, held by a woman, not in her right mind. The wild look in her eyes told me I was in real trouble. She held the gun and pointed it at my head. “I'm going to kill you, and then kill myself.” But somehow, I knew she would not really kill herself, only me.
A thought flashed in my mind telling me to get my hand between the hammer and the firing pin, to grab the body of the gun. As fast as the thought came into my mind, it happened. I reached, grabbing the pistol by the body with my hand trying to get between the hammer with its firing pin and the cylinder with the bullet. Donna pulled the trigger. Silence!!
The firing pin came down on the very edge of the skin between my thumb and forefinger. It had not penetrated the skin deep enough for the firing pin to reach the bullet that would have caused it to fire. Which was now pointed directly at my heart.
Over the gun barrel were the eyes of a wild person. Realizing the gun had not gone off, she screamed like a banshee. With pure fury and hate, she attacked my eyes with both. hands forming claws. Only reflexes caused my head to turn as claws scraped just below my left eye and down that side of my face and neck. Bleeding, I shook my head, as realization told me that my battle with death was over for now. The revolver was now in my hands. The blood ran down my face and neck as her nails had penetrated my skin deep enough and wide enough to cause the need for medical attention.
My Mom was in town but, when she had come to our house, she quickly sized up a terribly angry woman and knew there would be trouble when I got home. So, she went to a friends home to visit, leaving word for me to call or come over when I got home. Not dreaming of the violence wife, had in mind for me.
This was only the beginning of a long ordeal of living with a person with two agendas, one loving me, the other wanting me dead. It is not that she did not have a good reason to hate me. Even tonight I had been to my mistress’s house before I came home.
She could not prove it, but she knew something was happening. That is one of the pitfalls of an affair. The person having the affair may think they are getting away with something, but the person that is living with an affair knows in the heart, that something is going on
More about that later, this is how it all started.

Transformation is the real life, fast-moving story of David and his friends, who live and sometimes die, in the pursuit of peace.

Meet David as he faces a pistol aimed at his head ready to fire, only fast action saves his life.

When his mistress leaves David, look into the black pit with him as he spirals downward. Taste the metallic barrel of the shotgun in his mouth, as David decides whether to live or die.

Listen to Bill, who tells David about God, and begins David’s Transformation.

Ride with David and Mario as they are detained by Mexico’s Federal police armed with automatic weapons,
Late at night, on a lonely stretch of road.

Go with Mario, David, and Bob, as they enter the dangerous Tijuana prison, not knowing if they will leave alive.

Live through the challenges, when David is finally slowed down by a stroke, followed by heart failure.

Stand with Darlene, as she enters David’s critical care hospital room, only to see his eyes roll up in his head, as Death once again, calls his name.

David has lived the life he talks about. His journey from having been molested as a young boy, by a trusted family friend, being introduced to alcohol with the resulting slide downhill from a successful salesman until the final unemployed crash and jail time. The warning of the next arrest ending in prison time. David’s long struggle back to sanity and finally how Jesus came into his life to Transform it forever.
How God took him from four divorces and five arrests, with time in a Texas jail, to his opportunities to serve Jesus with the Jesus Video Project of America, work in Washington DC, his visit to the Whitehouse and Congress, even mailing of 10,000 Jesus videos to every senator or house of representative and their key assistant.
The return to Texas, with the tests of faith, through the last arrest, divorce and significant health issues including strokes, heart failure, heart attacks, and seizures. All to destroy what God wanted to do through one man with one plan. To tell as many people about the saving Love of Jesus as possible, before being called home to eternal peace with God. Not to be defeated by Satan, God allowed David to be spared repeatedly.
In time he was given a new, Godly wife, to share ministry and to care for him through two potentially fatal car wrecks and all the health issue. Darlene nursed him back to life in both, physical and emotional health. Always encouraging David with her love and spiritual strength. Praying over him when he had seizures, ever able to calm his mind and spirit, restoring in him the fighting will to overcome.
As the rebirth of ‘American Renewal movement’ grew to a church, David Pastored with Darlene’s faithful help, for 10 years before David retired at age 71. Handing the church Pastorate to a dear friend and his wife. However, God is still blessing. David has finally told his story of God’s transformation from a wasted life to a powerful witness of God’s Grace and love waiting for all of us. By authoring this book, by using internet blogging, social media, and public speaking, David continues reaching the lost for Christ.
The experiences David shares with us, of David and friends introduced along the way, like Bill who showed him the way back to Jesus, Bob, who first believed in him. Bob introduced David to the Jesus video project. Steve, who shares his own testimony of being crushed alive in a pile of trash in the dump, and Mario, who has become a spiritual warrior in his own life, as well as a friend for life.
David has a unique ability to share with the reader the exciting, and sometimes tragic story of how a life can be Transformed, from beyond hope, to victory through Jesus,
David lives in West Texas, with his wife Darlene and their two dogs. They have four adult children, nine grandchildren, and one great-granddaughter.