From Persecution to the Promised Land 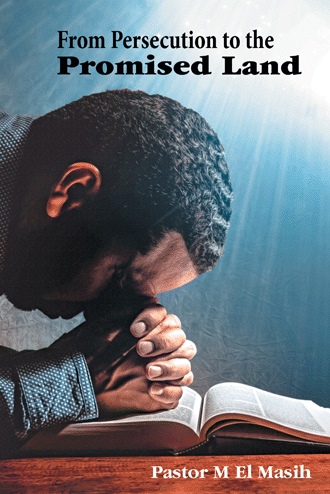 It was just after 8:00 a.m. on February 6th, the last day of Ramadan 1997. As I walked in the courtyard of my friend’s home, I felt the refreshing breeze and reflected on a beautiful time spent in prayer, followed by a delicious breakfast. The quiet of the early morning filled the air.


So suddenly and violently, the peace was shattered as I heard gunshots and screams. The screams seemed to be coming from everywhere, and were growing louder and louder. It did not take long to realize that the screams were coming from mobs of angry Muslims. They were racing through the streets calling for the death of Christians. Over and over again, I heard “Kill the Christians! Burn their homes! Destroy their churches! Allahhu Akbar (Allah is greater).”


Though I lived only a few miles away, I had stayed at my friend’s home following a church gathering the night before. His home was surrounded by a wall and had a courtyard. A man came bursting through the gate, his eyes wide with fear. He was also Christian and told us that Shanti Nagar, my town, was burning. He said, “The town is destroyed. All the Christians have been slaughtered!” My heart was filled with terror and grief. My first thought was of my wife and children. I was very thankful as I remembered that she was still in Lahore recovering from the birth of our second daughter four days earlier. I learned from her later that after they learned of the attacks, they began trying to contact me and could not find me. It was a terrifying time for all of us.


As I began to realize what was happening, I remembered that the name Shanti Nagar means “Jerusalem or City of Peace”. Our peace had been stolen! Our Jerusalem was burning. The scripture from Nehemiah (1:3b-4a) came to my mind, “The wall of Jerusalem is broken down and its gates are burned with fire….when I heard these words, I sat down and wept and mourned for days…”


The sounds of violence grew louder, and I realized there was no time to sit and weep. I peeked into the street and saw masses of Muslims rampaging through the streets, destroying homes and businesses. My friends and I realized we were in grave danger. We fell to our knees and began to pray. We cried out to God in a whisper, “Lord, if today is our day to die, please help us to be faithful, even unto death. We do not want to deny you.”


We decided we would try to escape through the back wall and go down an alleyway. The chaos in the main street was increasing as we carefully made our way outside of the town to a mustard field. The mustard plant grows as high as seven feet tall in Pakistan. We made our way to the center of the field and hid among the plants. What a contrast between the pleasant smell of the yellow mustard flower and the suffocating smoke of the burning villages.


The newspaper articles and reports from that day estimated from 30,000 to 70,000 Muslims rioted against the town of Shanti Nagar and the surrounding villages. The line of Muslims marching on the village stretched out for five miles in one direction and a mile in another direction. Complete chaos was in the streets. Shanti Nagar and surrounding Christian villages were in flames. Cattle and livestock were burned alive. Farms and fields were set on fire. Vehicles were destroyed. The local medical center, the schools and all the church buildings were burned to the ground. Men, women and children ran for their lives. Women who were pregnant were fleeing as quickly as they could run; some gave birth along the way. Approximately two hundred women were raped. The babies born had no clothes and the weather was cold at that time of year. Approximately one thousand five hundred homes and thirteen church buildings were burned during the attacks. None of the victims had insurance for their homes, farms, businesses, vehicles or personal property. The Christians of Shanti Nagar and the surrounding villages lost everything they had in three hours.

This is a story of overcoming struggles to achieve success. It is about a poor boy who lived in a mud home of a small village in a third-world country. His life was in poverty and desperation, but once he put his trust in God, his life was completely changed. When you read this book, your life will be challenged, your faith will be built, and all of your mountains will seem as though nonexistent. You will know that you are capable to do anything in life, if you put your heart into it!


This book includes the following:
—Pastor Masih’s biography
—loving the lost
—how to stand strong in your faith
—truth about Islam

Pastor Masih is the founder of Cry of the Persecuted Church. He has been a co-author, has started 300 churches in Pakistan, Bible Schools, and has travelled as a missionary in many countries. He has also spoken in over 1,000 churches, and in almost every major Christian University. He was persecuted in Pakistan, but overcame all of these struggles. He now lives in the United States with his wife and two children.