Adventures of the Souls 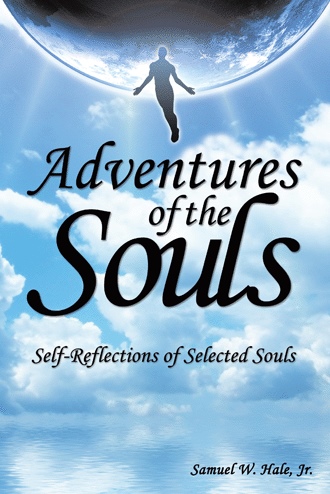 One of the most awesome and sobering statements in the Bible highlights the Soul - “and man became a living soul.”

Biblicists, theologians, psychologists, physicians, poets, lovers and fools have all made noted explanations, definitions, and references to the “soul”. For whatever reasons, those references to the “soul” always seem to focus on that Creature called Man. Of all the awesome and magnificent things that happened in the Creation, of all the awesome and magnificent Creatures that God created, only to Man was this acclamation and affirmation made,

“And the LORD God formed man of the dust of the ground, and breathed into his nostrils the breath of life: and man became a living soul.” (Genesis 2:7)

Only to Man was there a Personal inclusion of the Essence of God in the nature of all that which God created.

The Biblical terms, which refer to the “soul”, identify certain qualities and characteristics that give insight to the awesome essence of a “soul”. In the Old Testament, the Hebrew term for soul - nephesh – refers to the “life principle” of a human being. It is distinguished from the “body”, but is inclusive of it – it was an “animated body”. It is not the same as the “spirit”, yet it includes the workings of the spirit. The Hebrew concept of nephesh expresses the ideas of the totality of the “living being”, the self, the person – physically, emotionally, mentally and spiritually.

In the New Testament, the Greek term psuche is used to express the idea of the “life” of the human being, which is expressed in the body (soma) and the flesh (sarx), under the power of the spirit (pneuma). Man IS a Soul. At the moment of his creation, when the Spirit of the Living God was infused into his being and began animating his earthly essence, Man became a Soul – a Living Soul! The soul is an Eternal entity. It is conceived in the Eternal Mind of God – “Before I formed thee in the belly I knew thee…” – Jeremiah 1:5 - thus it transcends Time, Space, and Matter.

The Soul is a Gift of God to all Creation. All that a soul has is a “gift” from God. God is truly the Donor of every soul. Job was right – “…the Lord gave, and the Lord has taken away; blessed be the name of the Lord” – Job 1:21.

As long as a soul is in the Mind of God, it is Eternal! Even in death, the soul is still Eternal. It exists then either in the Presence of God – Heaven, or in the Absence of God – Hell, both of which are Eternal. From the dawn of Time, various thoughts, ideas, and expressions have been made about the soul. But, what insights might the soul confirm about itself?

This treatise is an effort to shine some light on that very matter. Listen to these accounts of various souls that you may know, or may have heard about. 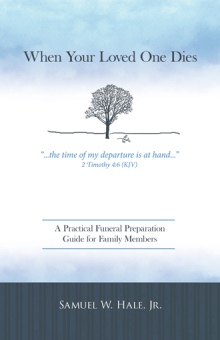 Adventures of the Souls embeds the reader into the minds and experiences of various souls. The personal thoughts, feelings, emotions, even actions are consciously shared as each soul encounters specific incidents in their Life Experiences. And the reader is right there!

The experiences of the soul are innumerable and phenomenal:

• Throughout that period of development in the womb

• To the birthing experience

• To the developmental periods outside the womb

• To those encounters it has with itself

• To those encounters with other souls

• Through its own personal and internal struggles

• To those interactions it has with other souls

• From those personal “life impacting decisions”

• To those resultant consequences!

In all of these “Adventures” the soul encounters many challenging, sobering, and moments which not only affects its own future, but they also impact other souls!

And the reader is right there to experience and engage in self-reflection and introspection of those soulful adventures!

A Graduate of the American Baptist College in Nashville, TN and the Southern Baptist Theological Seminary in Louisville, KY. Pastor of the historic Zion Missionary Baptist Church of Springfield, Illinois. His Ministerial Experience includes over fifty years of Pastoring, Teaching, Missions, Religious Journalism, and Church Ministry Development. He also served as Director of the Contemporary Ministries Workshop of the National Baptist Congress of Christian Education for over twenty years. He has served in various Mission and Christian Education capacities during his more than five decades of Christian Ministry.

He has authored the books “Confirmation for Ministry”, “The First Century Mission and The Twenty-First Century Church”, “When Your Loved One Dies – A Practical Funeral Preparation Guide for Family Members”, and “When Messiah Comes”.

One of his main Ministry Objectives is to make real the Teaching Mission of Jesus in Luke 24:45 - “Then opened he their understanding that they might understand the scriptures.”