Exploring the Essentials of Christian Faith 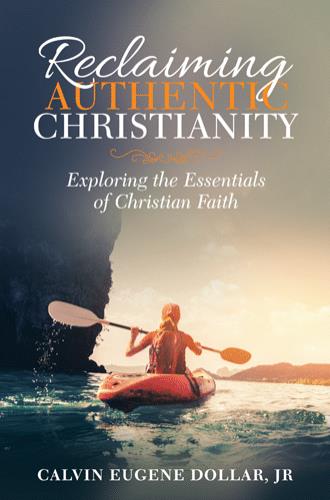 Will Christianity survive in America? Is there a way to restore its impact on our culture? How can you can be a part of rebuilding the foundations of a Christian worldview in our churches and nation?

Join Calvin Dollar in exploring the essentials of authentic Christian faith. Discover your part in reversing the current demise of Christianity in America. Allow yourself to be challenged by exploring a personal path of discipleship.

Come, explore the concepts and evidence for Christianity. On your journey you will find a biblical pattern for restoring authentic Christianity in your personal life and in your church.

If you’re ready for adventure, grab your hiking boots or your kayak, and let’s set out to explore together.

Calvin Eugene Dollar, Jr. is a graduate of Bob Jones University and has completed some post-graduate studies. He has served in pastoral ministry for more than forty five years serving churches in Georgia, West Virginia, Massachusetts, Iowa, Kansas, and Oklahoma.

He has fellowshipped and worked closely with conservative, evangelical pastors of other denominations including Assembly of God, Baptist, Christian, Lutheran, Methodist, Nazarene, and Presbyterian, all strong believers in the gospel and in the essential doctrines of the Christian faith.

Calvin has served on local and state boards of three denominations and on a national board for one of them. He has been director and speaker for several daily radio ministries and co-founded a college ministry, serving as president of its board. In addition he was sponsoring pastor in the founding a mission church for Native Americans and was the lead pastor in founding a large and successful ministry to junior and senior high school students attending public schools.

As the requested representative of groups of pastors, Calvin has addressed state legislative committees in several states. He was also at the forefront of leadership for the Christian school movement in Massachusetts, taught in two Christian schools, and served on the board of trustees of a Bible college and seminary.

Calvin and his wife, Diana, were married in 1970 and have four children and many grandchildren.