A Diary of Suffering and Redemption 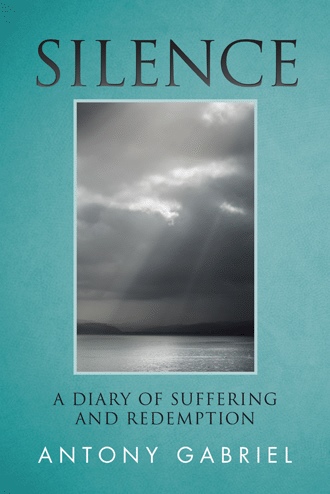 Economos Antony Gabriel has had several close encounters with death that have affected him deeply. After fifty years of ministry, Father Antony, as he is still known, retired from Montreal St. George Church in 2015 after his own and his wife’s health crises.

This book is about how he came to grips with his own mortality as a wounded healer by offering comfort and healing to others suffering sickness, sorrow, grief, or bereavement. Needing to make sense of the terror, frustrations, and anger, he has written a vivid portrayal of his battle with cancer and the health-care bureaucracy as he attempted to continue. Readers will see echoes of their struggles with illness or other challenges and find wise counsel in some of his observations and rueful humor in others.

The second part of the book is a reflection of what he learned himself and about himself. It is both philosophical and poetic by turn with wisdom distilled into short but powerful phrases that will stay with the reader.

Religion is an important part of this book, but the book is not doctrinal. It is rather about a man’s struggle to overcome often against himself and, through his faith, find acceptance and healing.

“Silence is the ultimate harmony in divinity, that is, God. For a brief moment, I enjoyed the ecstasy of this beauty!”

No individual clergyman from the Antiochian Archidiocese has had greater impact on the church's image in Canada and the United States than Economos Antony Gabriel. He gained this opportunity by being the youngest student to enter St. Vladimer's Seminary at 19, graduating in 1962, and that year becoming one of the youngest to be ordained by the Archdiocese. To the benefit of communicants and of society at large, he marked his 54th year of church service in 2016. Focus of his service throughout North America in a half century was 40 years in Canada with the Diocese of Ottawa, Eastern Canada and Upstate New York. His birthplace is Syracuse, N.Y., where he attended Syracuse University.
Another of his significant tenures was in Chicago where he established the suburban St. George Church of Oak Park, and was active in many ecumenical and civic organizations including the Conference of Race and Religions. He also was priest at St. George in Phoenix and St. Elias in Toledo. and was responsible for the receiving of many fleeing Black September in Jordan. While in Chicago he gained scholarly recognition with certificates in Philosophy from the Dominican House of Studies, Urban Studies from the Urban Training Center and honors from St Vladimir’s on submission of a Thesis on Ephraim the Syrian, as well as from the Lutheran School of Theology in Syriac and Greek studies under Professor Arthur Voobus, world famous Syrianologist. Syriac emphasis was of the Exegesis of Moshe bar Kepha’s Lukan narrative at Oxford University.

In Canada he was a founding member of the Order of St. Ignatius of Antioch, and streamlined the Department of Convention Planning and Credentials. He established and for years lectured on the first course on Orthodox Mysticism, "Eastern Orthodox Mysticism and Contemporary Literature", at McGill University. It was such service that earned him elevation to Archpriest and Economos by Metropolitan Philip and Great Economos by Metropolitan Joseph.


He has organized Clergy Associations, including Action for Peace, with participants from Jewish, Christian and Muslim faiths. During the Uncivil War in Lebanon, he guided Christian-Muslim religious leaders responsible for the fast track into Canada for refugees fleeing the war, and was active in receiving 10,000 immigrants regardless of religion. In every city he gained attention for such issues by serving as moderator of many media events, hosting his own radio programs and appearing on many national television broadcasts of Holy Services in English, French and Arabic.

In Montreal he expanded a 500-family parish into over 1,000 families with multiple services to give solace to those in special need. St. Mary’s Church in Montreal developed out of St. George, the oldest Antiochian parish serving persons from Lebanon, Egypt, Antioch and Palestine, as well as native born Antiochians and converts. So services are tri-lingual with English emphasis. A global Legacy Fund was established to continue his humanitarian organizations caring for the elderly, poor and afflicted, stirring community action whereby food, money, jobs and homes were supplied by parish members. His Syrian Refugee Program is a model in North America. A first in the Archdiocese was his Family Services project with a full time psychologist to serve pressing needs of parishioners. He has traveled many times on missions to the Middle East for Synodal meetings with the late Metropolitan PHILIP, the accounts of which have been published in THE WORD over the years.

Writing and publishing have been a major element in his life. His book, Gabriel’s Dragons, was published describing his journey to recovery against all odds from metastatic colon cancer. He later wrote Silence, a Diary of Suffering and Redemption, chronicling his six weeks in a coma, kidney failure and a host of health obstacles. The Handbook for the Order of St. Ignatius was published under his auspices as the first National Chaplain. After 10 years of research, he authored a definitive history of the Antiochian Archdiocese, Ancient Church on New Shores: Antioch in North America.


For many years he lectured at the Antiochian House of Studies, tracing historical development of the Church, as well as pastoral issues and ancient Syriac spirituality. As chairman of the Antiochian Heritage Foundation, he raised public awareness of the heritage of the Eastern church, as well as raising funds for projects designated by the Metropolitan. As recipient of numerous awards for humanitarian work, he is listed in The Who’s Who In World Religions. He received the Gold Antonian Medal from Metropolitan Philip and The Knights of the Cedars Of Lebanon. In recognition of his humanitarian work, the government of Canada awarded him the Silver and Gold Jubilee Medal from Queen Elizabeth, he received the Cross of the Cedar from Metropolitan Elia Karam, and was recognized by the Province of Quebec and the city of Montreal through the National Assembly.

He retired as the longest serving pastor in Montreal. He married Lynn Georges, the first female seminarian of the Antiochian Church, with whom he has three children and five grandchildren.