Tell Us the Big Story

A Seven Lesson Group Study of the Bible’s Storyline 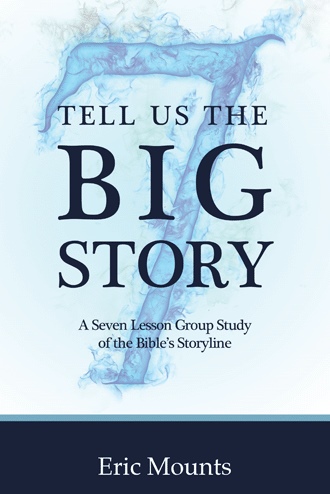 Who in the world is Jesus Christ?

As you transition to the New Testament a central figure in the story-line of the Bible appears. Jesus Christ emerges as the prominent person. The fourth book in the New Testament, the Gospel of John, begins with an introduction of Jesus Christ. He is introduced in conjunction with his cousin, John the Baptist. John is the figure whom God chose to introduce Jesus to the nation of Israel. As John the gospel writer crafts his first chapter’s text, he oscillates between Jesus and John the Baptist. He moves back and forth between these two figures in this chapter through the narrative of the baptism of Jesus.

The chapter begins “in the beginning.” Here is an echo from Genesis 1. For the reader, there is an association with Genesis and the story of creation. Here, after a quick allusion to creation, the narrative sweeps forward to the first century and to Christ’s entrance into time, space and history. The movement from the transcendent and cosmic to the earthy, common and affectionate is incredible. The reader closes this chapter with a clear idea of who Jesus Christ is.

2. What is a word? What’s a word’s job? What does a word do? One dictionary defines a word as “a speech sound or combination of sounds which has come to signify and communicate a particular idea or thought, and which functions as the smallest meaningful unit of a language when used in isolation.” Words facilitate communication. A word’s job is to communicate. A word and words are means to express ideas and bring clarity and connect people together. The first title for Jesus in the book of John is “the Word”. It speaks of God’s yearning to reveal himself to us (Adam’s race). God speaks, and in this case he spoke in and through a person, Jesus Christ.

3. Imagine being on the beach together. We pick a parchment out of the sand. It’s John 1:1-13. What do we know about God if this is all the material we have? If you knew nothing from history, what would you know about the way Christ was and is received from this chapter (1:5, 1:10-13)?

God communicated himself in the person of Jesus. Jesus was God and was from God. He created everything that is and sustains it. He came to shed light on what was true about God and about us. The great irony in his coming was that he was present and, yet, not recognized, notwithstanding the fact that all that exists was tendered upon his rule and governance. Jesus came to a people called “his own” and the introduction did not go well. In fact, he was rejected by his own people. But all was not lost. Some received him and came into his family.

4. What are the four synonyms for relating to God that show up in this section of 1:12-13? The four synonyms are “receive,” “believe,” “born of God” and “become children.” To speak of “receiving Christ” is to allude to a Biblical notion. One experience is described in different ways. John the gospel writer envisions becoming a child of God or believing in Christ or being born of God as all one and the same experience. Receiving Christ is a notion has roots in this New Testament passage. These four synonyms do not describe four different experiences, but are four descriptive ways of describing the same experience.

5. Why would the people have been fascinated with John the Baptist’s message? What would have been the response of the religious leaders?

From the days of Jewish proselyte baptism (Gentiles being baptized to join Jewish folk in synagogue worship), baptism had been a symbol of a new identity and initiation into a new life. The Jewish people would have been fascinated with a group of their peers undergoing this initiating rite. It identified the baptismal candidates with a new message that was separate from worship at the Jerusalem Temple, which had degenerated to a sham. The crowds around John represented the judgment of the people that the Temple worship had been corrupted. God was doing a new thing in the person of John the Baptist, who is about to introduce Jesus Christ. This would have sent a shiver up the spine of the Jewish religious leadership. The crowds were flocking around John the Baptist, and he was calling them away from the Temple worship to follow this one called Jesus Christ. The people went away from the Temple, out into the wilderness, to hear John the Baptist.

6. What word best describes John’s response in verse 23? Proud, audacious, humble, meek, braggart, demure, daring, cavalier, reserved? John describes himself simply as a voice, a voice crying out and calling people to get ready to receive the promised One. John was deflecting attention away from himself and drawing it to Jesus Christ. Humble and demure are two good terms. 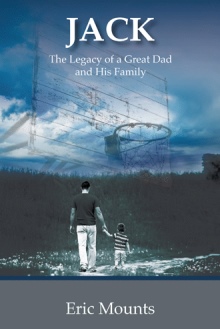 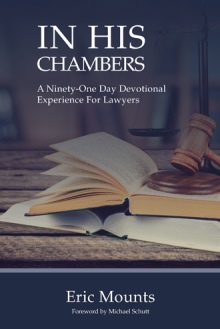 Eric has spent the last thirty years in pastoral ministry serving in Ohio, Michigan, West Virginia and now northern Kentucky. His love of the word of God and joy in communicating it is contagious. He received his BA from Cedarville University, his ThM from Dallas Theological Seminary and his DMin degree from Trinity Evangelical Divinity School. He and his wife Andi are parents of three grown and married children and grandparents to one granddaughter. He currently serves as the pastor of Calvary Baptist Church in Covington, Kentucky, in the greater Cincinnati area.