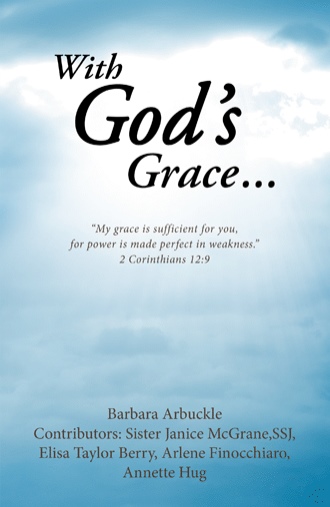 We have a 50-year-old female on the way, said the paramedic.

He asked me to pick up my arm for the IV but I laid on the stretcher with no strength. I could feel the ambulance pulling away from my house. I had been home alone, weak and light-headed. I was sweating and trembling. My whole body began to shake and my legs went limp. My heart was beating uncontrollably and it was the only noise I heard.

I called my sister and told her I was calling 911 since I believed I was dying. Starting to fade away, I called my daughter to let her know I was dying but felt it was my time to go and that was okay with me.

I remember the first part of the ambulance ride like it was yesterday. I was far away and very peaceful, watching my body from a distance. I was happy where I was and had no desire to return. Then I knew that my life was changing. I do not know if this was a near-death experience or not but I know that it was complete peace.

The next thing I remember was waking up in the hospital and having my family surround me. I begged forgiveness as I never meant to bother anyone. Routine tests concluded this was my second panic attack.

My first attack occurred as the school year was coming to an end. We had been preparing our classroom for the Mother’s Tea and the classroom was full of unfinished projects. My aide came to the classroom so I could go to lunch. I remember sharing stories with my grade partner and another teacher. We were all trying to figure out our busy lives.

The next thing I knew I was leaving the lunch room holding onto the door. I nearly fell over and walked in a fog to the nurse. She was kind and noticed I was shaking and had a rapid heartbeat. She called 911 and I later woke up in the hospital with my daughter next to me. I was told I had a panic attack. Tired but recovering, I returned to school and completed the year.

Since I now had two ambulance rides within one month, my family was deeply concerned about me. My family doctor recommended antidepressants and that I see a therapist. I took one pill and let my family know that I knew something was terribly wrong and did not feel that taking pills was the right answer.

I quickly spiraled into deep depression. It only lasted weeks but was a very dark period of my life. Looking back, I understand how awful depression really is. You are alone, suffering in darkness, and afraid.

This was the darkest period of my life. Days and nights were all combined. I couldn’t sleep and was agitated. My mind was confused. I wandered around the house aimlessly and felt another panic attack coming on. I paced the hallway breathing in short breaths. I worried endlessly. The thought of another ambulance ride to the hospital increased my panic.

I didn’t eat or go anywhere. When I saw my children sitting at the kitchen table watching me, I told them, “I cannot feed you.” They looked lovingly at me and did not want food but my well-being. My husband tried to understand and help in any way he could.

My sister was the angel who came daily to my side. She was peaceful, gentle and filled with compassion. She listened as I began to tell her how hard it was to take care of so many people. I was so busy, I just shut down. I told her how I tried to control every event of my life and worried about family, friends, my kindergarten students and anyone who needed me. I was worn down and the worries of my life had consumed me.

My sister took me to a therapist. In addition to medication, my therapist encouraged me to give my worries over to someone or something. I immediately told her that I would like to give them to Mary, the mother of Jesus. She encouraged me to do so. Her support was a tremendous comfort to me.

I began feeling a little better and kept reading the psalms from the Bible over and over. I still suffered greatly, feeling so alone and confused. Even after practicing deep breathing, meditation and muscle relaxation I was still anxious. I worried about another panic attack coming on and how I would ever feel normal again.

My mother told her sister about my depression. My aunt said, “Surrender your soul.” I thought this sounded crazy but I knew that I had a soul and it was being tortured. I asked God to take my weakness and be my strength. I was completely empty and had no more to give. Surrendering my soul was letting go of myself and what I wanted. It was doing the will of God. In my weakness, I wanted God to take over for me. I wanted him to be in charge and not me. So I prayed and surrendered my soul. There was not an immediate answer but deep within I knew that God was in control and I would be okay. I began eating, sleeping and reading about depression and anxiety. I was careful to eat better and exercise. Little by little, my life changed. I was stronger and clearer in my thinking. I felt so thankful to God. God’s healing grace changed my life. I wanted to thank God by telling others. I knew depression and knew it deeply within my soul. It was despair and ugly. It was a place you never want to go. I feel such compassion for people who suffer with depression because they are in a very dark place. People have so many reasons for despair but God can bring you out of this dark place.

With God’s Grace ... takes you into the lives of five women seeking the meaning of grace. Do you know what grace feels like? Is it real? How do you get it? Do you have to earn it?

Starting as strangers, their stories became entwined weaving themes of childlike trust, healing and forgiveness. They bring you along in their soul-searching experiences to discover grace is real and how much God loves you.

His gift is not one-size-fits-all but is specifically designed for the person receiving it. Through their trials, God reaches out with different paths of grace. In their cries for help, they don’t always get what they ask for. But with overwhelming challenges God showers overwhelming grace.

Along the way they offer reflections to explore grace in your own life. Once you start understanding how to look and ask for it, you will be astounded by God’s gift.

Barbara Arbuckle is a retired Catholic School Kindergarten Teacher. She earned her bachelor’s degree in Elementary Education from West Chester University. Barbara self-published a book entitled Life Lessons from the Little Ones. It is the words, wit and wisdom of the children. The children remind us of God’s great love for us.

She continues to write about her love for the Lord. In addition to participation in her parish’s charismatic prayer group, she considers reading scripture, prayer and the rosary very important in her life.

After retiring she cared for her mother for seven years. She now enjoys time with her husband, son, daughter, son-in-law and three grandsons. Barbara lives with her husband of over forty years in West Chester, Pennsylvania.