Learning to Live in the Victory of Christ 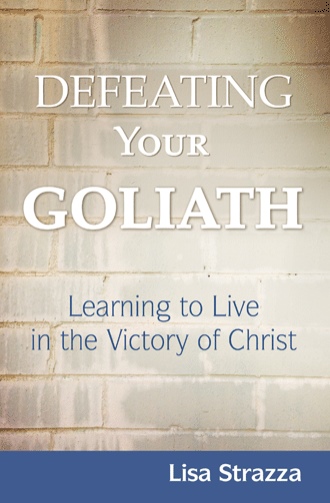 What I am saying is this: if we were to see all of the obstacles that come against us clearly as David saw Goliath (as evil and a threat) we would have greater ability to overcome them. David saw the enemy without doubt or question, but he also knew clearly who he was in the Lord. When you start to understand all that you have, and who you really are through Jesus, conditions start to change in your favor. When you really understand this, down to your very core, you’ll see that David's battle to overcome Goliath was never a fair fight to begin with, because Goliath never stood a chance!

The story of how David conquered Goliath is so needed by us as Christians today. I feel that we’ve lost our fighting spirit. Most of the time we don’t even recognize the enemy when he comes along. Instead, we fall victim to this world through sickness, poverty, addiction, depression, etc. We become lax. We give up. We make up excuses and doctrines as if we’re already defeated. We pray prayers in unbelief. We say things like, “Maybe God doesn’t want me to be healthy, prosperous or happy. Maybe I don’t deserve blessings. Maybe God’s trying to teach me a lesson.”

In this book, as in the Bible, you will read over and over again that God wants good for you. All good things come from God and He wants to bless you more than you can begin to imagine. Through Jesus we have access to the power to overcome trouble, sickness, poverty, depression and anything else that comes against us. We not only have these victories when we get to heaven, but also have them here in this world. We have the ability to fight these Goliaths, even though we might feel small, unqualified and insignificant in the eyes of others, like David was to his family. We are always victorious if we fight with a heart like David, a heart for God.

In the battle of David vs. Goliath, the difference between David and the rest of the army is that David truly knew who he was! He was God’s beloved, and he did not “kind of believe” that, but it was absolute in every fiber of his being. David knew that surely his God would protect him, and it was clear to him that God delivered him from the lion, the bear, and even this giant Philistine and his army. David knew that he didn’t just serve King Saul, but he served the living God. He wasn’t relying on his own ability to fight because he knew that God was his supply. If you’re going to be victorious like David, you have to know who you are with the same kind of confidence. The best way to understand who you are is to move ahead to this side of the cross and understand what we have received as New Testament believers. The New Testament, the Gospel, is filled with good news for the believer in Christ Jesus. In fact the Greek word for Gospel, euaggelion, literally means good news!

This good news has to do with the difference between David and you. When we look back on David’s relationship and heart for God, we’re inspired by his many beautiful Psalms which still captivate us even to this day. His relationship with God is a great example of the personal closeness that we all strive for with our maker. However, there’s a big and very important difference in how David related to God, and how we should relate to God. Believers today are not looking to the future for the promises and blessings that David was hoping for because those blessings and promises are already ours.

David said in Psalm 32:1, “Blessed is the one whose transgressions are forgiven, whose sins are covered.” (NIV) He was speaking about us now. Those of us who believe in Jesus are not only forgiven, but also blessed. We have more than David had, because of what Jesus did for us. Therefore we walk in a more secure and powerful position. That’s all part of the amazingly good news of the Gospel, and who you are.

Before Jesus walked the earth, Moses, Isaiah and even David spoke of a great time to follow when God would not impute (charge) man’s sins against him. They hoped for a time when the law and sacrifices would no longer be needed to appease the relationship between a Holy God and sinful man. When Jesus died He gave us that salvation. He was the final sacrifice.

There is nothing that we are doing—have done—or ever can do—to deserve this salvation. It is by God’s grace alone. It is through believing in Jesus (crucified, died and risen) that we are made righteous. It’s so simple and yet so complete, that it actually makes it hard to receive. Our minds keep thinking, “Are you sure? Don’t you remember when I did this terrible thing or that other thing? I know other people are good, but me? Really?” And God is saying, “Yes. You. Really!”

Jesus died for us knowing that we were sinners. He paid the price of our judgement which fulfilled the law and gave us a direct relationship with God. Along with this He gave us so much more! The Greek word sozo is what the English Bible translates into the word salvation. Most Christians understand that by believing in Jesus they receive salvation and forgiveness. What they don’t understand is that there’s more to it. The word sozo is similar to the Hebrew word shalom in the way that it has many meanings. Sozo means salvation, healing, prosperity, and deliverance. It means we have life after death in heaven, but along with it are many benefits to us right now, here on earth.

Are you seeing these benefits in your life?

Are you facing your Goliath—that “Mountain of a problem” that keeps you from moving forward? Are you frustrated by life’s ups and downs, feeling constantly under attack in your Christian walk? As believers we have power and authority, and the ability to fight back, and win! In Defeating Your Goliath, author Lisa Strazza takes you on a scriptural journey to show you all that you have through your amazing salvation in Jesus. As you travel through these inspirational pages, and stories, you’ll understand the kind of faith and revelation that has brought her success in business, health and even in the face of her step-daughter’s tragedy.

You can live the abundant life that God intended for you, the life that He sacrificed His Son for you to have, and walk with confidence in your everyday Christian life. With the powerful Biblical truths in this book, you can break down the bonds of fear and discouragement, and successfully overcome all of the schemes of the enemy. You’ll conquer fear, sickness, poverty, addiction or any other Goliath that stands in your way and live victoriously through Jesus!

Lisa Strazza is a Christian author, artist and small business owner. She is a mother of two and a step-mother to six. Together with her husband, Pastor John Strazza, she shares a teaching and pastoral ministry, encouraging groups, ministers, and churches. Strazza brings the uplifting message of God’s unconditional love, grace, and healing, always firmly rooted in scripture and the finished work of the cross. She writes in a friendly conversational style, centered in God’s love, rich through revelation and personal experience. Her desire is to help believers live victoriously without judgement or fear so they can excel in their Christian lives.