The Execution of Jesus the Christ 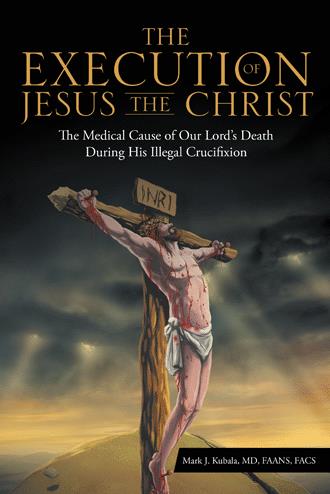 Chapter 14 The Crowning of the Thorns

There is almost no known art work depicting the passion of Christ before the fourth century. Since then artist and sculptures have pictured the crown of thorns as a ring (or headband) of thorns woven around Jesus's forehead and above his ears. In all probability, it was more of a cap, or a hat. We have no proof one way or the other, except that the gospels describe a crown. It's safe to say that there probably were twenty to thirty sharp thorns (some say seventy) pressed into Jesus’ scalp. The effects of the multiple punctures would produce: severe pain and bleeding.

Most people know that if the scalp is cut, it will bleed for a long time. Let me try to explain why. The skin over most of our body consists of the outer surface, which is called the epidermis and below that the dermis, which contains the sweat glands and small hair follicles. Inside this is a layer called subcutaneous, which consists of fatty tissue, through which run nerves, tiny arteries, capillaries, and veins. The major arteries coming from the heart are in the chest or abdomen. When the medium size arteries go to the arms and legs, they usually are deep inside the muscle tissue. The only place medium-sized arteries are near the skin is wherever there is a joint. Otherwise there are only very tiny arteries under the skin. A cut or laceration through the skin usually misses a small artery. When a cut in the skin starts to bleed, it is almost always due to a cut in a vein. There is a large network of veins throughout the body that are right under the skin. You may have seen people with dilated veins just under the skin called varicose veins. The blood inside a vein is under very little pressure. You can press on the cut and the vein will collapse and the blood will clot.

The scalp is different. The outer surface, the epidermis and dermis, contain larger hair follicles. Inside this is a large subcutaneous space that is formed from fibrous columns that go from the undersurface of the dermis for a quarter inch or more, to the innermost layer, called the galea aponeurotica. The galea is loosely attached on its undersurface to the periosteum, the lining, of the skull. In the subcutaneous space between the dermis and the galea, there is a large amount of dense fatty tissue, nerves, and arteries which are much bigger than those in the rest of the skin. The most important point is there are large, strong fibrous columns that separate the dermis from the galea, much like the walls of a room support the ceiling from the floor. This accounts for the thickness of the scalp. When external pressure is applied to a scalp laceration, the fibrous columns prevent compression of the blood vessel. Often the artery and/or vein can continue to bleed, even if external pressure is applied.

Another reason the scalp can bleed so profusely is the way the veins in the head are designed. Veins are thin-walled channels that drain blood back to the heart. In most of the body, there are valves that close as bloods flows back to the heart. However, in the head the veins have no valves. Therefore when veins are cut, back bleeding of venous blood can come out profusely through the laceration. This is the other reason one can lose a large quantity of blood from a small cut or laceration of the scalp.

I have seen a four-year-old child brought to the emergency room in severe shock. The only sign of injury was a large scalp laceration. The paramedics had a difficult time extricating the child from the crashed automobile and described an unbelievable amount of blood being present. Despite aggressive resuscitation the child died, solely from the blood loss of the extensive scalp laceration.

I believe that in the past, the amount of blood Jesus lost from the crown of thorns has not been appreciated. It was a major factor in his dying so soon. He easily could have lost several pints of blood from the scalp, which produced hypovolemia, that is, a low blood volume. The loss of blood meant the loss of red blood cells which carry oxygen from the lung to the rest of the body. Shock is defined as “inadequate tissue perfusion”, which means the body is unable to provide oxygen and nutrients to vital organs. Jesus was in a weakened state. He was developing hypovolemic shock.

For seventy years, we have been taught that Jesus died on the cross from asphyxiation (strangulation) because in the hanging position he was unable to exhale. This theory is not based on sound science. This book explains the medical cause of Jesus’s death and why even Pilate was surprised how soon Jesus had died. The dramatic changes that took place in Jesus’s body from the Last Supper until death are described in layman’s terms. To add to the injustice, Jesus’s condemnation to death was illegal under the Jewish law of his time—a fact supported by a review of the political and religious dynamics.

Mark J Kubala, MD, FAANS, FACS, is a Phi Beta Kappa graduate of the University of Texas. He did his neurosurgical training at Baylor University, Houston, and the Mayo Clinic. Since 1966 he has been a private practitioner of neurological surgery in Beaumont, Texas. Dr. Kubala was president of the Texas Medical Association (TMA) in 1995 and was later awarded its Distinguished Physician Service Award. He has served twice as president of the TMA Foundation. He is past president of the Texas Association of Neurological Surgeons and was named Neurosurgeon of the Year for the state of Texas in 2008. He served on the executive committee of the Congress of Neurological Surgeons and on the board of directors of the American Association of Neurological Surgeons, who honored him with its Distinguished Service Award. He was a founding member of the National Head and Spinal Cord Injury Prevention Program. For twenty years, Dr. Kubala represented Neurological Surgery in the American Medical Association (AMA) House of Delegates. In 2012, he received the Medal of Valor for distinguished service to the field of medicine, the highest award given by the AMA.