The Key to Freedom

Permanent Power of Love Over Oppression 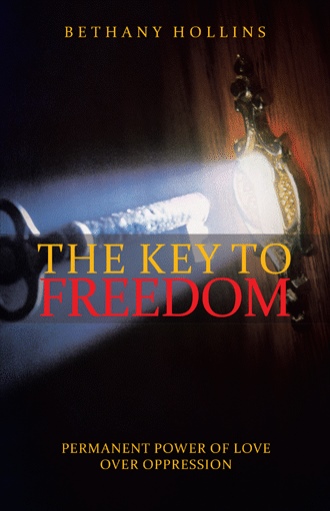 About 2 years later, the man that delivered the pizza to Ashley’s house was now working in his father’s owned business called “The Square Garden Inn”, which was a huge hotel Corp. that upheld Christian principles, and he was now able to retire from the amount of money they were making. His father upheld these principles by providing his guests with hotel accomodations which influenced scripture and many other things like that which he could think of; and he did very well, but he still wanted to do more and he felt as if there were still some things lacking. Anyway, the pizza man decided to do some online dating to search for a new girlfriend being too shy to talk to women face to face; and he still remembered how those girls made him feel all that while ago when he delivered pizza to him. So he went on for about a few mo.s and he found someone he was interested in called nickname “Misses Cakes”, while his online nickname was “Bigshot”. So they decided to set a dinner date in one week from that time. He was excited and started working out more and getting close to 175 He thought that he was going to win her heart in no time!

Meanwhile, back at Ashley’s house, they were still fooling around when they heard a knock at the door. And who was it? Ashley’s mom.. She came in fussing about how they spent all day not cleaning up and messing up the house and how they didn’t take out the trash or mow the lawn and she said “What have you 2 grown women been doing all day?” Ashley told her mom “Look, I know things look bad but I just wanna finish up what I’m doing, anyway I know that I’m good enough to get a man and be the boss, … “until her mom interrupted her to say “Be quiet, until you make some sense Ashley!” “You are grown and good enough to get out and make some money. So they both (Ashley and Rebecca,) just left the house before the argument kindled. The pizza man/ or “Bigshot”, was still feeling fancy so he decided after working out to go take a peek at his date’s inbox to see her messages. (Now this is not an actual dating site,) but the dating site is like a game, and on it once you reach a certain amount of trust in your date, you retrieve a key where you can open up there inbox to see there messages.

In a busy world full of many conceptions of life, we are drawn to accept whatever fits our individual standards. This book aids in managing our standards according to the truth and history of our nature, and it also adds a little fun in the midst of life’s demands. The story of Natalie shows us an example of what it looks like to have some real constructive motives in life but still never achieve what you are looking for without knowing truth.