A Pathway to Hope and Resources 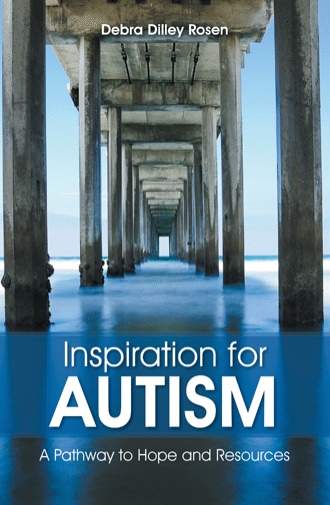 It was a cold, rainy February day when we walked into our pediatrician’s office. I was concerned that my two-year old boy didn’t speak, or even grumble, mumble, or make any sound that slightly resembled a word.

My pediatrician examined Anthony quickly, like he had always done before, and said, “He’s fine. He’s two. His older sister speaks for him…he doesn’t need to speak for him-self…don’t worry, Mom, Anthony is a typical, active little guy!” He tried to get Anthony to mimic and imitate him, and was mildly successful, so he concluded, “no problems, no concerns.” Yet, I was insistent we see a speech therapist. My boy was close to three years old and didn’t have any intelligible speech. He didn’t come when I would call and I was concerned he might be deaf, as well as possibly speech delayed. I expressed my concerns and was adamant on the issue. The doctor wrote the referral for a speech pathologist who practiced at the hospital where Anthony was born. Thank God for that referral. We were soon to meet one of the most influential people in our lives, Ms. Renee. I remember walking into Pomona Valley Medical Center and signing my silent boy up for speech therapy. My daughter, Allison, and I navigated Anthony through the frightening world of clinic speech therapy without his dad present. Allison and myself would enter and Anthony, of course, would storm in as usual. I had in hand my staple backpack with toys, picture books, small handheld computer games, cheese fish, and juice cups ready for any moment Anthony might need a change of activity.

Ms. Renee was one of the nicest people we had ever met. She greeted us in the lobby and took us back into her therapy room. I was scared to death. I was intimidated that Ms. Renee and other professionals knew about speech disorders and other disabilities that I knew absolutely nothing about. I felt completely out of control. I was also afraid of needing services to help my boy with what I believed was such an easy skill…talking.

I vividly remember how she taught my quiet boy how to talk. It was a painstaking and a grueling amount of work and effort. She used blocks: one green and one red. We sat on the floor and she, being the brilliantly observant therapist that she was, realized he was insanely interested in blocks. She held one in each hand and refused to give them to him until he made a grunting sound to ask for them. She explained to me that language is a two-way form of communication. One speaks and then there is a reaction from another. That reaction could be speaking or an action of some sort. She had realized Anthony had not made that connection. He had no idea that if you make a sound then something would happen for you. His brain did not understand the basic fundamental connection of cause and effect; his brain could not comprehend that when he made a noise, that “sound” caused an action to take place. If she could get him to grunt to get the block of his choice then he could make the connection that sound equals action. Once he would under-stand that his sound equaled an action, then the next step would be forming and molding that sound into syllables. Once he understood syllables, she would have to mold and shape those syllables into words and “voila” he would be speaking. Sounds like a simple task, right? The process is grueling just to describe it. Imagine repetitive learning system, daily. It was quite the challenge. Maybe for some children it is an easy task, but not for my silent son.

Grunting didn’t come easily. I remember screaming fits for the entire fifty minute speech session because Anthony didn’t get the item Ms. Renee was using as a “carrot” or bribe. She re-fused to give him anything until he would stop crying and make a normal sound. Sessions went by. He wasn’t the only one crying at the end of those grueling days. I cried a lot, too. I brought toys and books for Allison and tried to shield my daughter as often as I could. It was hard. I re-member working full time during these days and making speech therapy appointments on Saturday mornings so I would to be able to get him there. While his dad was off to the gym, I would pack both kids in the car after working forty hours myself and off to speech we would go. Then one day it came, a grunt of normal sound. The green block was given to him immediately. Every time he would grunt another block was given. He would soon connect in his brain that his grunt sound equaled getting the toys he wanted. The first light bulb went on. Ms. Renee slowly shaped his grunting into syllables and “gah” became “green” and the green block was given as his reward. Syllables became words. It went slowly, very slowly. Session after session and many endless hours of practicing at home became our new “new.” A fact I soon realized was that, although the fifty minute speech session was invaluable in teaching speaking skills to Anthony, I would have to emulate those speech sessions endlessly at home. In fact, we practiced at grandma’s house, at the store, in the car, at school, on walks, in the backyard, in his bedroom, while watching television, eating at the dinner table. It was exhausting. I was the pseudo-speech therapist in charge of my silent son’s vocabulary development. Please do not misunderstand me, therapy sessions are extremely vital, in fact crucial, but for many autistic children that is only the beginning of the work involved. It is a twenty-four hour a day, seven days a week, thirty some days a month effort to continue to make progress with many of these kids.

“Your son is severely developmentally disabled.”

A diagnosis of Autism. What does a family do next?

INSPIRATION FOR AUTISM shares a determined mother’s personal account of the denial accompanying a diagnosis, the confusion around finding resources, the fervor of obtaining services, the overwhelming and invasive nature of employing multiple therapists, and the discovery of the spiritual gifts revealed on this journey—gifts delivered from the Lord’s Hands directly into the hearts and minds of the family.

INSPIRATION FOR AUTISM is also a resource book, offering the reader valuable information about navigating the educational system, acclimating within the community, and training family and friends as therapists. This includes details regarding school placement options; laws; the IEP process; social and academic assessments; local and national advocates; and resources for helping the Autistic child learn and grow, including how to “fit in” socially and academically.

Author and mother Debra Rosen has worked in education for over twenty-five years, giving her the unique perspective of a parent who needs to walk within the system set in place for a special needs child, as well as the insight of an administrator who has helped shape that very system. Debra has grappled with the laws and organizations, and conveys her experience to the reader with dignity and integrity, knowing it is crucial for a parent to understand their rights and options. Autism is a challenge but it is manageable.

Debra holds a Masters Degree in Education. She has worked in the school system for over twenty-five years including Administrative positions, high school, and junior high school teaching positions. She has presented at the New Teachers Institute at California Polytechnic University at Pomona as well as been a guest speaker at several schools and churches.

Debra is a mother of two, writer, educator, consultant and speaker. She leads a woman’s small group study in her church and has started parent support groups for parents of children with disabilities. She enjoys traveling, cooking, reading and boating. Debra lives in Chino Hills, California with her husband Rob, daughter Allison, age 17, her son Anthony, age 15, and her two labs Bella and Cooper.

You can learn more about hope, inspiration and resources on her website, www.inspirationforautism.com