The Journey of a Disrupted Life 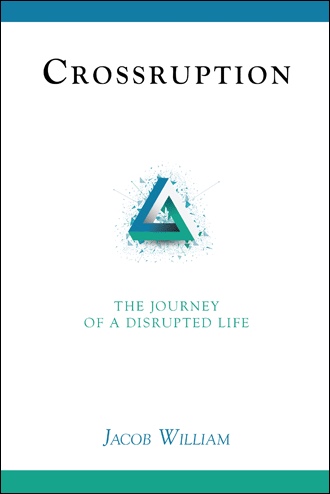 The first man was an outcast from society. Rejected by his family and falsely accused of attempted rape, he languished in a foreign prison. While incarcerated, he came to the aid of a cellmate who happened to be a government employee. He asked that, upon the man’s release, he put in a good word for him with the authorities. But the cellmate didn’t keep his promise. For years the man waited in jail. When he was finally released, he went on to become the second-in-command of a kingdom and save his homeland from starvation, including his own brothers who had sold him into slavery.

Prison to palace. What happened?

The second man was an adopted son who led a life of privilege. But he had a bad temper. Witnessing a communal clash, he stepped in and killed someone from the opposing group. Fearing arrest, this murderer fled the country and created a new life for himself as a shepherd. Though he planned to live out the rest of his days in obscurity, he became the deliverer of his nation.

Lawbreaker to liberator. What happened?

The third man was a well-educated Pharisee, righteous to a fault and zealous to protect the Jewish law at all costs. He viewed Jesus’ disciples as threats to his way of life and his beliefs, so under the authority of the teachers of the law, he set out to kill these followers. Traveling on his mission, he was struck blind by a powerful force invisible to others in his party. Given divine instructions to go to Damascus, he was led there to wait. This same man went on to write the bulk of the New Testament.

Terrorist to teacher. What happened?

The life disruption they experienced transformed their identities inside and out. What these men accomplished was an overflow of who they had become in their innermost beings as a consequence of an ongoing relationship that existed 24/7 between them and their God. As their beliefs were transformed and their worldviews revolutionized, they offered truth to multitudes of people who came under their influence.

God’s disruptive methodology was at work—the insignificant birthing the significant, the unknown replacing the well known, a transformed life resulting in a disruptive lifestyle.

The first man was Joseph. A master of dreams, he was sold into slavery at a young age and ended up in a prison cell in Egypt. When Pharaoh had disturbing nightmares, this uneducated, lower-class Hebrew prisoner warned the Egyptians about an oncoming famine. Pharaoh ultimately made Joseph second-in-command, and Joseph eventually saved the nation of Israel from starvation—including his own family who he chose to forgive and save.

The second man was Moses, who, after committing murder, entered a self-imposed exile and lived an inconspicuous existence. He wanted to achieve great things for God in the spotlight but was thrown backstage for a season. Moses then settled down, got married, and became a shepherd. Then one day, he was confronted by the famous burning bush. Dramatic events took place in the desert where Moses led the Israelites. God used this exile not only to free His chosen people but to also demonstrate His power before Egypt and the surrounding nations. The one true God destroyed the fine-tuned Egyptian war machine. Moses’ life was transformed, revealing the disruptive methodology of God.

The third man was Saul, who was transformed into the apostle Paul—murderer and martyr-maker turned missionary. Religious patriarch turned church planter. Agitator turned author. His life was turned inside out through God’s disruption.

With all three men, their relational transformational journey was the cause, while their disruptive lifestyle was the effect.

They were not mere church members who secured their tickets to Heaven. Rather, they were paradigm shifters, overcomers, culture crafters, and history makers. We must consider what it means to be changed forever to:

All the stories in the Bible involve this same life disruption principle. Noah, Abraham, David, Queen Esther, Rahab, Daniel, the Israelites, the disciples, Martha and Mary, the apostles, and the members of the early church are all examples of God’s disruption of life.

God has never been in the business of simply changing behavior or issuing tickets to Heaven. Challenging the status quo, changing culture, and championing a new trail were consequences of God’s disruption of life in these people.

• Establishing an incredible interdimensional interplay between the dimension of God and the human spirit, cognitively recognized in the mind and expressed through the body. This differentiates biblical Christianity from the religion called Christianity as well as all other religions of the world

• Filling the cosmic vacuum so, whether in the heights of success or in the depths of failure and everywhere in between, there is an inner constant that fills and fulfills in the midst of external variables

• Transforming lives from the inside out so culture is changed

• Empowering people to become champions in the everyday realities of life

The message of Crossruption centers around a pivotal question: What separates the Christian whose life has been changed from the child of God whose life changes the world?

Do you constantly ask, “Is there something more to life than this?”

A brief scan of this book might create the assumption that the author is a professor of religion or some sort of theologian. But here is where the anomaly begins. Jacob William is the President and Group CEO of a global corporation excelling in Information Technology and Business Consulting Services. Founded in 2002, the company now has over 9,000 clients and 2000 employees with a global footprint.

So with these credentials, why write a book on spirituality?

From very humble beginnings in India, Jacob experienced both sides of life, from financial crisis to incredible success, insignificance to influence, the depths of self-destruction to the heights of affluence. Jacob’s life represents achievement of the quintessential American dream! In the midst of living the dream he experienced an inner emptiness of what he calls as the “cosmic vacuum”. Through the journey of life he realized that we all desperately try to fill our inner emptiness with the material things and achievements of life.

There is a transformational journey awaiting the reader where we become “aliens” on earth when we are transformed into a “new creation” to live in spiritual communion, communication and companionship with God resulting in the lifestyle of Jesus-love in the midst of hate, peace in the midst of war, unity in the midst of divisive discrimination. Living the supernatural life, naturally!

Crossruption, as he came to call his spiritual journey, takes up where Jacob’s success story leaves off….an invitation to experience the ultimate disruption of life!