My Journey from Heartbreak to Happiness 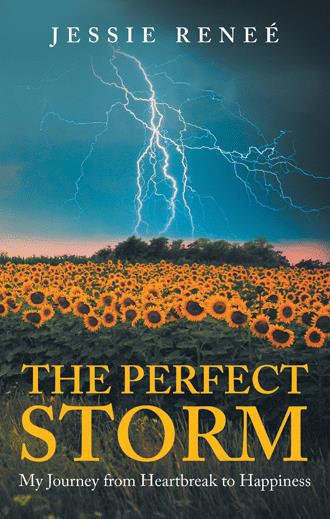 I had an ultrasound and was told everything looked good and was given the date for my second appointment. One day previous to my follow up, I wiped and the tissue was red, my heart dropped. I instantly cried, this could not be happening again. I told myself it was just spotting and maybe it would be gone by morning. The next day the blood was still present, and it had gotten heavier. I called my OB and went in for an emergency appointment. My boyfriend was at work so I called him to let him know what was going on. He sounded sad and told me to keep him updated. He didn’t seem alarmed.

So I’m sitting impatiently in the waiting room feeling my maxi pad fill up. I knew it was over. They finally called me back and I went straight to the ultrasound room so they could see what was going on. The ultra-sound tech said, “Hey Ms. Brumfield, are you ready to get a good look at the baby? How far along are you?” I’ve never heard words so cheery and sweet make me feel so sad. I explained to her that I was having a miscarriage and I was here to confirm that there was no baby in the uterus. I assumed she hadn’t read my chart. She gives me this look that told me she was very sorry and instructed me to get on the table. By this time I’m out of my underwear and in the paper gown and as I get up I can feel the heavy flow, flowing. I asked for a towel but I was a little too late, the blood was dripping down my leg and onto the floor. I was beyond embarrassed and there was nothing I could do, in this moment, to fix it. This was happening to me again and this time I was bleeding all over the place. I was alone. I lost it. The tears began to flow and I felt so helpless. The ultrasound tech tried to console me, and she assured me it was ok that she would clean it up.

After my breakdown I get on the table, she does the exam, gives me the news of the inevitable. By this point I was numb, I just wanted it to be over so I could go home. The ultrasound tech apologized again, and instructed me to get dressed so I could talk to the doctor about my scan.

This seemed to be the longest appointment of my life. After it was all over I called him, I told him I had lost the baby. He asked, “Well, did they tell you why this keeps happening?” I told that him the doctor said there is really no explanation for it, it’s just something that happens in pregnancy and that if it happened a third time then they would do further testing. He pitched a fit, “Me’na that’s bullshit, how the fuck you keep having miscarriages and they can’t tell you why? That’s stupid!” I was speechless, it wasn’t what I needed to hear, I wanted to be consoled, I wanted a hug, I needed to hear “Baby, I’m coming home as soon as possible, it will be ok we will try again.” I knew that wasn’t the kind of man I was dealing with, I knew he would take the situation and make it about what someone was doing wrong. I wanted answers too, but I also wanted support and compassion. I was alone and he was drilling me for answers I didn’t have. ALONE! I just wanted it to be over. After going through miscarriages I had looked past the hurt, only to realize there was no way I was going to make it being a mother to three children. It wasn’t in his plan for me to be a mother of the babies I lost. It’s a story I don’t tell, and few know. I had hidden pains that no one know about. I had cried tears that none except a mother who had gone through miscarriage would understand. Going through it was it tough, but there is so much consolation in the fact that God will restore everything I lost if I just follow him. As I write this tears flow, it still hurts. I know many times blessings our blessings are not what he gives us but what he takes away. I didn’t realize that my heart had endured so much until I began telling my story.

Over and over again, she tried to make her relationship work. Reneé wanted the best for her and her young daughter, a baby girl. Disappointments continued to come until she stopped trying to fix what was broken and gave her problems over to God. That was when her breakthrough came, and life turned from heartbreak to happiness.

The Perfect Storm is the real life story of a young girl from McComb, Mississippi and her first serious relationship. At 21, she meets her prince charming, and through a series of unfortunate events is left heartbroken and empty. Now 33, Reneè is using her journey to healing as a source of inspiration for other women. The Perfect Storm chronicles how she went from the lowest point in her life to the realization the entire time God was in control.