Jesus’ Call, and Our Response, to Make Music of Our Lives in the Twenty First Century 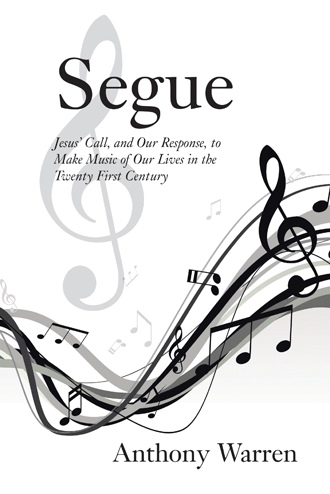 It was on a typical Sunday morning and Pastor was beginning his message. His text was Jesus’ letter to the Laodicean church as recording in Revelation 3: 14-22. As he began his introduction I became frustrated. I had been attending this church for several years. In that time I heard about a million sermons out of this passage. Yet I really didn’t have a grasp of it. I didn’t know what Jesus meant by it. The Pastors would spend most of their time proving the prophetic nature of the text, that is to say they would link the conditions and dilemmas of the city, and church, of Laodicea to you and me today. Yet I was often left wanting, even yearning, to learn how to draw out meaning from the text for my life.

So I began a study of the letter for myself. What I found, at first, was that the Pastors were right in terms of the form, mood, and the prophetic links to our times. The passage is Noir- shadowy and looming like London fog. Jesus is indeed expressing his displeasure with the condition of the Laodicean church and prophetically with the twenty first century church in the West. He goes so far as to say that we make him sick to the point he wants to throw up. The language is strong and the imagery disturbing. Yet behind all of it I also heard the call to reconciliation. Jesus through this passage is presenting himself as a contemporary figure genuinely interested in a relationship with us, addressing the issues of our times. So much was still unclear but the process was already started. The journey had begun. How was any of this possible?

What if Jesus were to write you a personal letter? How quickly would you read it? In Segue, learn that Jesus has indeed written to his followers living today, in the early decades of the twenty-first century. Through his introduction, critic, and counsel, Jesus speaks directly to you and me today.

Together, we explore the deeply stirring call God has issued to his children to think of our lives as pieces of music to be composed. Using music as a metaphor of our lives, you will learn how to develop a more intimate walk with Jesus. Today our lives sound more like machines chugging along our day-to-day routines rather than the expertly crafted instruments that God intended.

Segue is a musical term that means a seamless transition. All of our lives are songs that are being composed. What will be the quality of your sound? How would this outlook change our lives and the world?

Anthony Warren is a student of both the Bible and culture. Encountered by God, in the person of Jesus, at age nine, he is passionate about finding the truth of life in the present moment and helping others to do the same. Anthony lives in Kansas City, Missouri, and loves to travel the world.