A Journey With Cancer And The Redemptive Power Of Blood 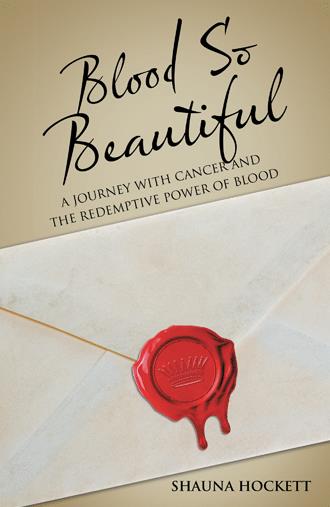 Did you just say cancer?

The Lord is close to the brokenhearted and saves those who are crushed in spirit.

The day started off normally enough. I went about my morning routine, went to the gym, and then headed to work. Since it was a Friday, Jeff was off. I knew that he had a doctor's appointment, and I told him to keep me updated on the results. Never did I think he would be calling me and muttering the words "tumor" and "cancer" through tears and an unstable voice.

About eight weeks prior, I had a head cold that I had picked up and passed on to him—or so I thought. His cough persisted after a few weeks. He was concerned but took over-the-counter meds to help suppress his cough. Then he noticed night sweats, fevers, weight loss, and bumps on the top of his head. These all came within a couple of weeks of each other. He knew something wasn't right, so he made an appointment to see his family doctor. Unfortunately, his doctor was unavailable, so he met with his assistant. She sensed it was probably postnasal drip, gave him cough meds, and nasal spray and sent him on his way. The meds did nothing for him. He called the clinic again a few days later and asked if he could get his thyroid tested. Jeff is an EMT, so he knows not to ignore such symptoms. He also had a doctor friend nudging him to get to the bottom of things. Jeff just didn't feel right and kept at it. His blood work came back normal for the thyroid.

Yesterday, he had called his family doctor again to see if they could get him in. They had stated that this particular doctor was booked up until after Thanksgiving.

Neither of us believes in coincidences. We believe that God is at work, and things happen for a reason. Soon after he hung up the phone, the doctor's office called back and stated they had a cancellation for the next morning at 8 a.m. Jeff said he would take it.

So today, he went in to see his primary physician. He ordered chest X-rays to be done. The X-ray machine was down at the office, so Jeff was sent to the hospital. This turned out to be God's Hand protecting Jeff because at the hospital the radiologist could read the results immediately. Being a Friday, had it been done at the office, it would have probably been a lot longer before we would find out the results. Jeff no sooner left the hospital after his X-ray, when they called and said he needed to report back to his doctor immediately.

That is never a good thing.

I was still at work and knew nothing of what was happening. Jeff went back to the clinic, and that's when he got the news- he had a large mass in his chest. At 11:30 a.m., after a short discussion with his physician, he finally called me at work. He said it "didn't look good" and wanted me to meet him at the clinic. I left work immediately, trying to process what I had just heard as I drove. When I arrived at the patient exam room Jeff was speaking with his doctor. His doctor was saying words like "chemotherapy," "radiation," "oncology"... I was numb. Was I really hearing these words? It felt like I was in a movie. This isn't supposed to happen in real life, not at the age of 30, not ever. Cancer was not in the plan.

The whole time, Jeff remained strong and focused. From the moment he heard, he was a fighter. When the doctor left, we prayed. This was the first of many, many prayers we would pray together. We left the doctor's office and headed to the hospital for more testing. It proved to be a long, trying day. We headed back home and let it all sink in. We had all weekend to think about it.

Sometimes in life you have events that take but a quick moment to resolve. And then there are those moments that change the course of your life… forever. These defining moments become your story to tell.
In 2014, Jeff was diagnosed with lymphoma and leukemia. After chemo and brain radiation, he was told by his physician in Indiana that nothing more could be done and that end of life care should be discussed. Unwilling to give up, Jeff was transported to the University of Nebraska Medical Center via air ambulance. He eventually received an allogeneic bone marrow transplant and now lives cancer free!
Jeff and Shauna believe in the power of prayer and have witnessed modern day miracles unfold right before their very eyes! Prepare to be amazed as you read the powerful account of their journey!

Shauna Hockett lives with her husband, Jeff, and their two border collies (Sara & Paisley) on the family’s blueberry farm in Bloomington, Indiana. Shauna discovered her love of writing/blogging throughout Jeff’s cancer battle. Shauna attended Indiana University where she and Jeff met. They later married in the spring of 2011. In her free time, Shauna enjoys being outdoors, walking her dogs, writing letters, and spending time with her family.