Beautiful You! (Inside and Out!)

A Study for Women on the Book of Esther—And so Much More! Bible Study Workbook 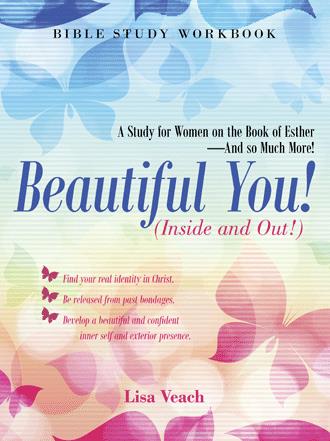 for such a time as this?”—shows a wisdom and perspective that comes from not just

believing in God but also walking with Him in a relationship.

He modeled his faith to Esther by both his teaching and his life.

Consider: What set Esther apart from the other women?

Let’s turn our attention to another person who had a difficult life.

Joseph the Jew: His Coat of Many Colors and His Difficult Life.

2. Consider all the following bad things that happened to Joseph:
a. His brothers hated him.

b. His brothers plotted to kill him but instead sold him into slavery.

c. He repeatedly did what was right, though continually tempted by Potiphar’s wife.

d. Potiphar’s wife lied about him when he was honorable.

e. Potiphar had him thrown in jail on false charges, and he stayed there for years.

f. The butler, who was supposed to help get him out of jail, forgot him even though Joseph had helped him.


Would you be bitter, hateful and angry if your family or others had done this to you? Would you be angry if others in the world treated you wrongly, especially if you had only done what was right? How did Joseph keep from becoming bitter or distrustful of God?

Developing a Godly Perspective on Pain and Evil

Read Isaiah 55:8-9 and Genesis 45:4-8 to discover some things that may have helped Joseph avoid getting bitter or distrustful of God and enabled him to forgive his family.

1. List five things Joseph seemed to have done that helped him maintain his trust in God and forgive his family.

2. How can we avoid getting bitter and angry with God when life throws us a curve?

v This is a sample of Beautiful You! (Inside and Out!) Bible Study Workbook for the participants of this study of Esther. The leader of the Bible study will want to purchase Beautiful You! (Inside and Out!) Leaders Guide. It has all the questions with answers in italics along with extra teaching material. Directions are also included for the variety of fun activities sprinkled throughout the lessons. These are designed to enhance the concepts to be learned each week. 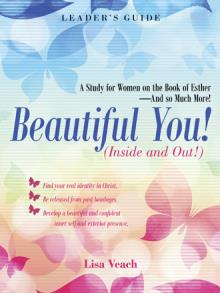 Would you like to be part of a women’s Bible study that is fun, interactive, focuses on issues women face today, and also helps you grow into the beautiful, fullfilled woman Christ desires you to become? Then Beautiful You! (Inside and Out!) is the study for you!
Beautiful You! (Inside and Out!) focuses on women’s desire to look externally beautiful with a study and fashion show that helps you discover your body build and the fashions that will enhance you! You will learn which clothing colors make you “shine.” A cosmetic party, beautician, and games are all included to help your external “package” look very attractive!
More importantly, Beautiful You! (Inside and Out!) digs deeply into the book of Esther and God’s word, giving you tools for: solving life’s problems; forgiveness and possible reconciliation; solving conflict; a biblical understanding of sin and evil; discerning the qualities of potential friends or a husband; and learning how to walk with God in an intimate, honest relationship that results in the breaking of bondages, healing of past hurts, forgiveness and freedom for your soul, and the daily joyous presence of God and His guidance!
Enter into this study and start the journey on becoming a beautiful, fulfilled woman of God - inside and out!
* The Bible study leader will need the Leader’s Guide. Each participant will need the accompanying Bible Study Workbook.

Lisa Veach is a wife, mother of two sons, and a grandmother of three darling granddaughters. She and her husband, Dr. Aaron Veach have served in churches for over thirty years.

Lisa has a gift for teaching and has taught all ages, often augmenting or writing the curriculum. She has a passion to help people come to know Jesus, grow in Him, and develop a walk of love and integrity with Him. You may contact her on her web site at Life for the Soul.