Stories from My Life 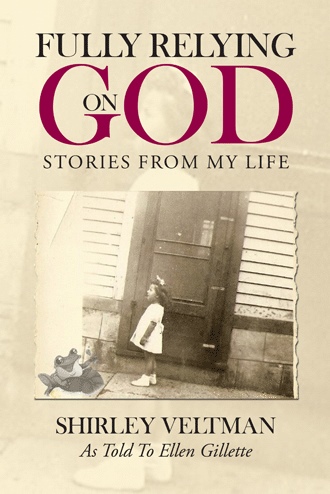 Writer Frank Parlato, Jr. said that Niagara is “a place where God has touched the earth, and in such a way to have put clearly his fingerprint upon it; that some may say it, and even see - it is the centerpiece of the world.”


It was certainly the centerpiece of my world and I can assure you, there were (and are) plenty of normal folks there, regular Joes and Janes. I just wasn’t one of them.


You’ve probably read or seen stories that are take-offs on the classic “Prince and Pauper” tale - two people look just alike, one rich, one poor. They switch places and wonderful things/terrible things/happy endings result. I’m pretty sure that my namesake darling wouldn’t have wanted to trade with me. Ever. Shirley Temple didn’t have a normal childhood either, but in her case, this meant success, wealth, being loved by an entire nation and beyond. For me? Not so much.


My young life went in a distinctly different direction. I had nothing to compare it to at the time, of course, but even when I was young I recognized things were a mess. Things were not the way they were suppose to be. I didn’t know the word “dysfunction” but I was living proof it existed.


On the other hand, my messed-up childhood is an important part of me, part of the threads that wove itself into the tapestry of my life and made me who I am today. All through my life I wondered who I really was, searching for my true identity at so many levels. Who is my father? Why doesn’t my own mother love me? Will it ever be my turn to blossom?


But blossom, I did, with little assistance from others. Shirley Temple was blessed with parents, especially her mother, who stayed with her on movie sets and protected her. Her mother watched out for those who might have ulterior motives. She also spoke up when Shirley’s childhood emotions showed themselves. Shirley Temple’s mother didn’t want her daughter, growing up in such a fantasy world, to become spoiled.


I was spoiled in different ways.


Life was pretty dismal at times (to be honest, most of the time) but I would eventually be brought through the gloom into the sunshine. It almost sounds like it could be the plot of one of the other Shirley’s perky movies, doesn’t it? Who I am today is pretty wonderful and because I can only assume I wouldn’t have arrived at “me” any other way, I can honestly say I wouldn’t change a thing about my journey.


Walk with me back to 1944 along the busy streets of Niagara Falls. There was a war going on. Not even that year’s upbeat movie hits… Meet me in St. Louis, National Velvet… could change the fact that Hitler and the Germans were doing terrible things to innocent people over in Europe. “Operation Overload”, the allied invasion of France, had just begun.


Days before I appeared on the scene, General Dwight Eisenhower told the troops, “Your task will not be an easy one. Your enemy is well trained, well equipped and battle hardened. He will fight savagely.” He might have been talking to me, prophetically seeing my need to understand, but it would be years before my enemy surfaced. When he did, he didn’t need much in the way of weaponry, and I would be too little to fight back.


In the meantime, American blood mingled with the sand and seaweed on Omaha Beach while my mother, at the tender age of 15, pushed me out into the brightness of a Mount St. Mary’s hospital room.


No one rejoiced at my coming. For one thing, my mother was a child herself. For another, she wasn’t married. I’m sure the subject of my birth came up more than once in “just-what-we-need-another-mouth-to-feed” conversations. My family wasn’t devout, in any way, shape, or form., But when it came to procreation, they behaved like good Catholics. Families were definitely on the large side.


Seven years later, I would pay another visit to Mount St. Mary’s; my mother would play a key role then too, but my stay would be much longer.

No matter who we are man woman or child we are born with a purpose and for a purpose. We all start out as a child, boy or girl. We do not come with an instruction booklet on how to live the perfect life. We are given a birth certificate and that can and may complicate ones life right from the start, as it did mine. No matter how bizarre, no matter our age, our color or ethnic background, despite our situations and circumstances, people everywhere suffer. We all to often find ourselves living in a crazy mixed up world all be it (a sinful world), no matter where we are geographically. Hard times, trouble times, sad times, financial difficulties, family problems, sickness, accidents, and death it comes to all of us. They can and do come at times least expected maybe even from people who were supposed to love and protect us. How do we survive it all? Can we overcome? Absolutely!


We can not fix all our problems, we can’t change who we are, we can’t fix the world, but we can be fixed. This book is full of life lessons learned. Written to inspire and encourage every reader of this generation and the next. To give every reader hope! You can live a purposeful and productive life. A life of success, love, peace and joy. Never, never give up!

Shirley Veltman is founder of Pleasant View Ministries. She is a teacher, Christian counselor, public speaker and a writer. Shirley is currently on her fourth career journey. Check out her web-site www.fullyrelyingongod.com


Shirley lives in Lillington, North Carolina with her husband Bruce and their dog Jake.


Ellen Gillette is a writer and speaker in Fort Pierce, Florida. Her book, Baaad Sheep - When God’s People let You Down was originally printed by Care Point in a workbook form. It has been reformatted with additional material and is available digitally at smashwords.com search by title or author. A children’s allegory, She - Bear in the Beautiful Garden will be published in 2016 by Cranberry Quill Publishers in Fayetteville, N.C.


Ellen also has two blogs and invites potential followers to check them out.