The Ongoing Role of Apostles in Missions 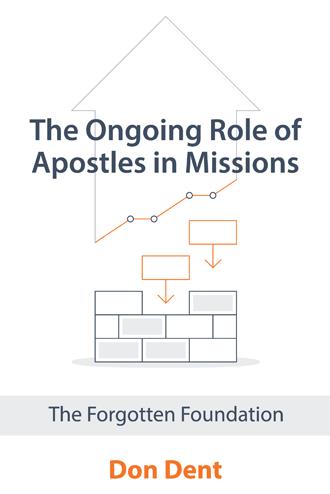 The Use of Apostolos in the New Testament

As noted previously, the Greek noun apostolos appeared rarely in Greek literature before the New Testament, so the New Testament should be our primary source for studying the development of the term. This chapter explores the broader usage of the word group, persons identified as apostles, and images Paul used to describe apostles in the New Testament.

The Broader Use of the Word Group in the New Testament

A brief study of the broader word group in the New Testament will deepen our understanding of apostolos. This includes examples of the verb apostellō, meaning of the related noun apostolē, and two enlightening uses of apostolos.

Examples of the Use of Apostellō

The previous chapter showed that the commissioning of the Twelve tied the verb apostellō and noun apostolos together. Several forms of apostellō occur over 130 times in the New Testament, far more often than either apostolos or pempō. The frequency of apostellō reflects the importance of being commissioned.

John gives special attention to sending terms, although more than any other New Testament writer he makes little distinction between apostellō and pempō. God sent Jesus to save the world, to speak the words of God, to reveal who God is, and to perform works that testify as to who sent him. In response, men must believe in the one God sent and then are sent to the world as God sent Jesus (John 3:17, 34; 5:36; 7:29; 6:29; and 17:18).

The New Testament usage of apostellō is not limited to such high theological purposes, however. Herod sent his henchmen to kill the babies in Bethlehem; the Pharisees sent men to challenge Jesus with questions; and the Jewish leaders sent orders to the prison to bring the apostles before them (Matt 2:16; John 1:24; and Acts 5:21). The context of these verses, however, further underscores the intimate connection of “sending for a task” with “authority.”

In Acts, the church increasingly sent representative envoys to accomplish a task. For instance, the apostles sent Peter and John to check on the new believers in Samaria; the Jerusalem church later sent Barnabas to check on the Hellenistic church in Antioch; and, in response, the church in Antioch sent a financial contribution to meet needs in Jerusalem (Acts 8:14; 11:22, 30).

The accounts of Paul’s conversion include a number of sending references. The Lord sent Ananias to minister to the blinded Saul, and, later, the believers sent Paul to his hometown to escape a death threat. Paul explained that the Lord told him he would send Paul far away to the nations to bring them from darkness to light (Acts 9:17, 30; 22:21; and 26:17).

In short, the New Testament demonstrates how the act of sending permeates the accounts of the early Christian movement.

The noun apostolē derives its meaning from apostellō, but it describes the act of sending rather than the thing sent. In secular usage it was a noun of action used for the sending of ships, the shooting of a missile, and the sending of a mummy. It also described the sending of an expedition.

The word appears four times in the New Testament. In Acts 1:25 the disciples prayed about whether Joseph or Matthias should replace Judas: “Show which one of these two You have chosen to occupy this ministry and apostleship (apostolē) from which Judas turned aside to go to his own place.” Second, in Romans 1:5 Paul uses the term to describe his own calling: “Through whom we have received grace and apostleship (apostolē) to bring about the obedience of faith among all the Gentiles for His name’s sake.” Third, in 1 Corinthians 9:2, Paul again refers to his own apostleship: “If to others I am not an apostle, at least I am to you; for you are the seal of my apostleship (apostolē) in the Lord.” Finally, in Galatians 2:8, Paul uses the word to describe Peter’s apostleship, and therefore implied his own, “for He who effectually worked for Peter in his apostleship to the circumcision effectually worked for me also to the Gentiles.”

There is no reason to reject the normal definition of “sending” in regards to these passages, rather than interpreting them in light of the later development of the apostolic office. In regard to the Twelve, apostolē involved filling the gap left by Judas to maintain the number twelve, but it is viewed in connection with service to accomplish the Great Commission. Paul associated his sending by Christ with grace, with the particular task of discipling the nations, with producing appropriate results, and with God working through the one sent to effectively impact the sphere assigned to him. Apostolē seems comparable to the English word “mission,” which, as we have seen, derived from the Latin equivalent to apostellō.

Before we examine the typical uses of apostolos in the New Testament, two verses deserve particular attention, because they differ from the other seventy-seven occurrences. One occurrence may reflect secular usage; the other, deeply theological, represents the special meaning that apostolos had among early Christians.

John’s only use of the term in his gospel surprises because it is not a title for the Twelve: “Truly, truly, I say to you, a slave is not greater than his master, nor is an apostolos greater than the one who sent him” (John 13:16). This statement, perhaps a proverb, could be said of any envoy sent by anyone, even the Twelve. In a number of ways, John seems to go to great lengths to intentionally identify the sent ones with humility. For instance, he is the only Evangelist who does not use apostolos as a designation for the Twelve. Perhaps John wanted to give more attention to Jesus, or he felt the need to downplay the Twelve because most of them had died. Either way, many of the heroes in his gospel are unnamed.

Numerous trends are presently converging in ways that make this moment in mission history significant. These include the growth of short-term service, the multiplication of mission organizations, local churches sending missionaries without an agency, and the internationalization of missions. It is crucial in the midst of such change that we not lose connection with the New Testament model of the missionary apostles. Apostles, now commonly called missionaries, are God's gift for the initial planting phase of the church among every people, to the end of the age. This unique church-planting role is the forgotten foundation of the church. Much of the ineffectiveness in missions is due to our attempts to build Christ's church on a different foundation.

This book will examine five critical questions from the perspective of biblical scholarship, history, and contemporary experience:

Why are missions-minded Evangelicals reluctant to identify missionaries as apostles, considering that the two words have the same root meaning?

How is apostolos used in the New Testament, and specifically, is it sometimes used as a designation for missionaries?

How should we conceptualize an ongoing role for missionary apostles that does not detract from the crucial, unique role of the original Apostles?

What ministry pattern does the New Testament record from the lives of the early missionary apostles?

How should an awareness of missionary apostles guide our mission efforts today?

The author and his wife, Anne, served as missionaries in Asia for 30 years through the IMB, SBC. They planted urban churches, developed strategies to impact UPGs, provided leadership to hundreds of ‘sent ones,’ and helped new expatriate workers become effective. Don earned an M.Div. from Golden Gate Baptist Theo. Sem. and a D.Miss. from Malaysia Baptist Theo. Sem. Since 2012, Don has led the mission preparation program at Gateway Seminary, formerly GGBTS. The Dents have two adult children who are passionate about following Jesus and reaching the nations.