The Dark Has Its Own Light 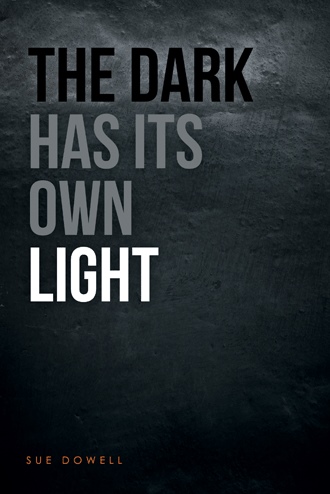 Out on the horizon of my life, I have often seen a hurricane brewing, the ominous swirl of clouds with that particular mixture of gray and black that only shows up in hurricane clouds. In Southeast Texas, hurricanes barrel in rarely, more often swatting us with the edges of rain and wind while they concentrate their fury further south, towards Corpus Christi, or further east towards New Orleans. Warnings would be given, all of us would hoard flashlight batteries and canned goods, board up the windows of our houses, and either hunker down or take shelter in a stronger building nearby. Then, a day of driving wind and rain that seemed little more than an oddly extended thunderstorm, a few hours without electricity, and normal life resumed as we picked up tree limbs and dodged pools of water for a week.

Only once in my years of growing up did a hurricane take aim at my own particular patch of the Gulf Coast. That hurricane becomes a marker in my memory, setting off the time I still believed I might escape disaster from the long time after when disaster and darkness, fear and shame and preparing to die, formed the center of my experience, when I knew there would be no salvation, when the hurricane of punishment and loss would finally descend on me to remain for the rest of my young life, never blowing out to sea, never abating in intensity, occasionally allowing a small respite in an eye of calm but without real calm since everyone knows the second half of the hurricane, the winds and rain that follow passage of the eye, will be far worse than what came before. I had imagined the hospital as a refuge from that storm, a place where it might no longer matter how strong the winds or how unrelenting the rains because I could not be touched, but I was mistaken: the restraints that now bind me hand and foot are testimony to the continued fury of the hurricane, forcing me to realize once and for all that I will never be free, never.

Moses led the Hebrew people into the wilderness so they could learn how to live as the chosen people of God; Elijah took refuge in a cave to await the still small voice that would direct his next moves; Jesus finished being baptized and headed into the desert for a time of vocational formation; I left all vestiges of normal life for confinement in a psychiatric hospital in order to—what, exactly? If I truly just wanted to die, I would have lied to the shock treatment doctor, made all the right noises to be discharged and off medication and certified as sane, reassumed my Happy Acres identity so as to lull my parents back into their usual “all is right with our world” complacency, and then simply bought a gun, a simple matter in the gun-loving, gun-toting state of Texas, and blown my brains out in short order. But I chose the hospital route instead, a place I knew would keep my self-destruction at bay. Did I believe God would visit me in this asylum of despair and magically provide me with a new life, a transformed soul? Was I thinking that I, too, like Moses and Elijah and Jesus and hosts of other spiritual sorts would have a conversion experience, here among a nightmare assemblage of people whose lives are testimonies to the myriad ways in which God forsakes us again and again? Dr. O would say I am missing the point with these musings, as he believes I resort to abstraction in order to escape the real pain of ugly actuality, my particular miserable life. But I think I may be on to something, looking for the hand of God in my unraveling.

So now restraints, a further descent into the wilderness, the desert, the cave, the craziest room in the loony bin, the darkest recesses of the psychic abyss, the most unloved parts of the heart: choose your metaphor to describe the place, the experience, that is one step farther than the farthest reaches of your imaginings about suffering. Preachers in my childhood church offered endless colorful images about hell and its torments—yet none ever described what it would be like to be tied to a bed with nothing to do and nothing to think about except the minute-by-minute failures of your life, nothing to examine except every last ruin you have left in your wake. I am waiting for God to show up, to swoop in as God does in all the stories that echo in my church memories. Doctors come and go, nurses and aides stick their heads in, look me over, nod, and leave, patients wander by and avert their eyes or wander through the door to trade a bit of hospital gossip and look at me and be reassured of their own continued grip on sanity since they are upright and mobile and I am not, so at least they can still claim a modicum of mental health when measured against my wildly unkempt, tied up self—but no signs of God so far.

The Dark Has Its Own Light chronicles the author’s experience as a patient in a psychiatric hospital, at a time when limited treatment methods meant less chance of recovery. Alternating between recounting the family history that resulted in hospitalization, and the relationships that developed in the hospital, the book charts a story of loss, suffering, and the discovery of hope and love where none seemed possible.

Sue Dowell holds two advanced degrees and has pursued a successful career as a church pastor--not the usual life course of someone who spent two years in a psychiatric hospital suffering from severe mental illness that nearly resulted in death from suicide. That she healed and went on to a full life is testimony to God’s amazing grace and the resilience of the human spirit.