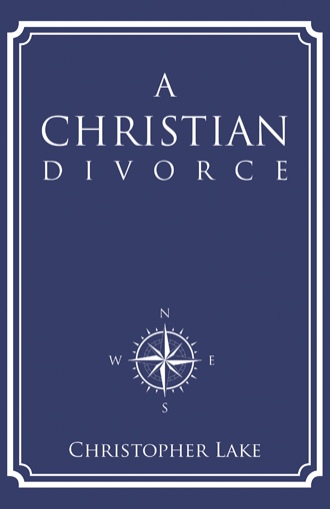 Divorce presents individuals with one of life’s greatest adversities. And Christians are simply not immune. When it occurs, it must be endured . . . and then overcome.

The primary message of A Christian Divorce is radically simple: God calls us to live-out our faith — in every circumstance, including before, during and after a divorce.

To be a Christian — to be a follower of Jesus Christ — means that God has called us to lives of significance . . . not just on sunny days, but on the days when we find ourselves caught in torrential down pours. And divorce is one of the most common down pours experienced in our country.

If God can use the gruesome event of a crucifixion as a catalyst for faith, then the same God can certainly turn any hardship – including divorce – into an inspirational force to transform lives. Consequently, whether you or a loved one find yourself on the brink, in the midst, or living in the wake of divorce, A Christian Divorce points all who read it to seek Divine Counsel just as aggressively as they seek legal counsel.

In a world that is desperately in need of Christians who are fully embracing and modeling the example of Jesus Christ, there is no greater opportunity to live out the Christian faith than through our own families—whether they are intact, broken, or breaking. A Christian Divorce encourages and challenges those who find themselves mired in divorce to recognize that now, perhaps more than ever, is crucial time to live out their faith.

Chris Lake is Board Certified in Family Law by the Texas Board of Legal Specialization, and has written articles and lectured at various venues across the state on divorce topics ranging from child support issues, temporary issues arising in divorce, use of mental health professionals in custody disputes, business valuation methodologies, creative dispute resolution and the use of discovery in litigation.

He is a past Chair of the Dallas Bar Association’s Family Law section, and in 2003, at the age of 33, Chris was honored by his colleagues as one of the youngest attorneys selected for inclusion in the list of “Texas Super Lawyers,” a Thomson Reuters service printed in Texas Monthly. Lake has been included in the prestigious list of Texas Super Lawyers every year since. Chris earned both his undergraduate and law school degrees from Southern Methodist University in Dallas, and was later an adjunct instructor at his alma mater’s Dedman School of Law in the intensive writing program called “Lawyering.”

A child of divorce himself, Chris strives to creatively develop long-term solutions for families experiencing one of the worst life-experiences that divorce can cause.

Chris and his wife, Melanie, have been married for more than 23 years. They reside in Dallas with their three children: Sawyer, Claire, and Lauren.