The Secrets of the Glass Slippers 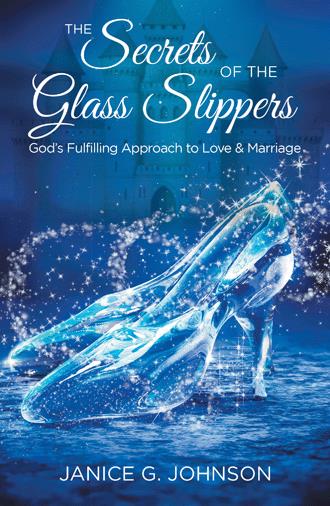 God arranged a divine appointment for Ruth and Boaz, just as Cinderella encountered one with the prince. Both Ruth and Cinderella were in difficult situations. Cinderella was a slave to her wicked stepmother and stepsisters. Ruth and Naomi were trying to pick up and move on with their lives after a period of grieving and loss. They had to persevere and carry on in spite of what they may have been going through emotionally.

As we closely consider the elements of Ruth’s and Cinderella’s lives that are parallel, we see that God wants and encourages us to have blessed relationships and sacred unions. Ruth and Boaz’s relationship represents a blessed connection and a miracle-laced union. In the earlier stages of their lives Ruth and Cinderella were loved, admired, and respected by the men in their lives. It is important that a woman is taught that a man is supposed to love and respect her from an early age. That first relationship of trust and love should be established by our human father or, ‘Daddy’ as little girls like to call their fathers. Unfortunately, not everyone who has had a daddy in the home created a role model of what a real man is supposed to be.

As we study Ruth and Cinderella’s journeys, we see that they are strong willed and respectable women. After the death of Ruth’s husband, she could have left her mother-in-law, Naomi, and started a new life for herself. Ruth decided to stay with Naomi and travel back to Bethlehem with her. After the death of her father, Cinderella stayed and cared for her wicked stepmother and stepsisters; she did not run away. She worked and cared for them without complaining or being vindictive. Ruth and Cinderella were oppressed by their situations, but they remained positive and did not let their circumstances change their disposition. The common thread that ultimately led to their happy endings was that they chose to remain open to receive love and did not build a wall around their hearts. If you don’t learn anything from this story, please know that in times of great difficulty, you must continue to be the same loving person that you truly are. You must also master the virtue of forgiveness by continuing to walk in it. You may have been hurt and in order to protect yourself from enduring emotional pain again, you make the decision to not let a man get close again. The danger in yielding to that type of fear robs you and you alone of the blessings that God may have destined for you to be loved by the right man. If you build a wall around your heart, it blocks love from coming in, and it also blocks love from going out.

These two women simply went about life giving of themselves to others. They were both dedicated to the people in their lives. Family was a major common denominator for these women. God created the institution of family. Cinderella served and cared for her wicked stepsisters and stepmother. Ruth made a commitment to stay with Naomi even though they were heading back to a strange land. They were both loyal and committed to their families. In the beginning of their stories, neither one of these women were looking for love—love found them. Cinderella and Ruth did not know what the future held for them. God connected both women with men of great wealth and of quality; these men wanted to be in long-term relationships. These were men of principle and prominence. Both women experienced the loss of men whom they loved and adored, a father and a husband. Both men were in positions of authority, but they were loving men and catered to these women. If a man of such stature can lovingly impact the life of a young lady, it tells us that there are men who exist who are capable of demonstrating similar qualities.

We see that both women were blessed with people who were assigned to them and they had personalities that were similar to the perfect godmother or mentor. Cinderella was blessed with a fairy godmother, and Ruth had a loving and wise mother-in-law. Both women experienced great oppression, poverty, and hardship. They journeyed to a new place to meet the men of their dreams. Ruth traveled from Moab to Bethlehem. Cinderella traveled to the ball. It seems to me as though the place of destiny may sometimes involve some travel. You have to be in the right place at the right time. Both women worked hard, whether it was in a barley harvest field picking up whatever the harvesters left behind or working all day in a house. Cinderella was transformed into a gorgeously dressed lady who would attended the ball and meet her prince. Ruth was groomed and taught by Naomi how to prepare herself to get Boaz’s attention and affection. Ruth exercised self-care, self love, and perfect timing as her keys in attracting love. Cinderella became the princess and moved into the castle, and Ruth married into wealth and security through the wealth of the land. Both Cinderella and Ruth had to take a journey to connect with their future husbands.

These two amazing women learned how to survive in difficult situations while working to reclaim their independence. In the midst of both challenging situations, God turned it around above and beyond anything that they could have ever imagined. They were completely blown away by the goodness of God. Yes, God can bless you abundantly and lavishly.

There are secrets about finding true love in the story of Cinderella! Take a journey with the author as she shares the revelations of God’s view about love and marriage as found in the one story that has changed the lives of millions of women for generations. What is it about the story of Cinderella that mesmerizes and captivates the attention of women to seek the prince at any cost? The author inspires and encourages the reader to see the value of a blessed marriage in the story of Cinderella from a spiritual perspective. The author clearly highlights the fact that the way women are approaching love and marriage is not yielding the results that they desire. She challenges women to approach love & marriage from God’s fulfilling approach in order to experience a true happily ever after story!

Janice G. Johnson grew up in a loving Bajan home in Brooklyn, New York. Her favorite island in the Caribbean is her mother’s home of Barbados. She has been a member of the healthcare industry for over 35 years in the area of Information Technology. Janice holds a Masters of Public Administration: Health Services degree from Fairleigh Dickinson University in New Jersey. She currently freelances and volunteers as a public relations & marketing consultant for non-profit, private and corporate business organizations. She loves gospel, jazz and country music. She enjoys community service, traveling, writing and making handcrafted spa products as part of her self-care and pampering rituals. Janice is currently a resident of the Garden State of New Jersey.