The ABCs of Bible Heroes and Heroines 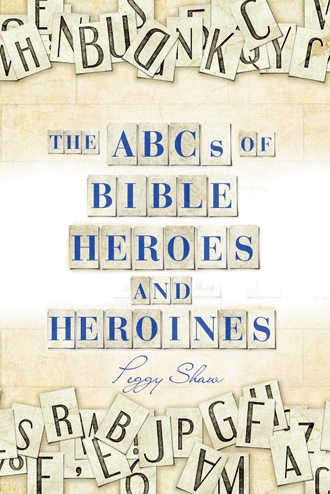 Aaron was a half brother to Moses,

and he was three years older.

God sent them both to Egypt to see its leader,

Moses was to do God’s miracles.

Aaron was to say, “Let My people go.”

God used both brothers even through one was shy;

the other one was bolder.

Later, Aaron became a priest to the Israelites.

He was their spiritual leader.

Moses met with God to receive the Ten

Aaron melted all the people’s rings and necklaces

and formed a golden calf.

The people could bow down and worship it,

and even offer sacrifices

to this man-made god.

When Moses asked Aaron to explain how the idol

was made and why,

Aaron said the gold was just thrown into the fire,

and out came this creature with two ears.

This idol worship caused Aaron and the Israelites

to wander around aimlessly in this desert sand

for another forty years.

Do you want the children whom God has placed in the sphere of your influence to exemplify such Biblical attributes as honesty, bravery, obedience, faithfulness, and thankfulness?

This book tells about how God uses His SUPERNATURAL POWER to do extraordinary things in the lives of ordinary folks like you and me.

This book can positively impact kids at home, in school, or in church.

Peggy Shaw was an elementary school teacher for 28 years. During her career, she was voted TEACHER of the YEAR on two different years by her peers. She was also recommended by a parent to receive a weekly Bi-Lo GOLDEN APPLE AWARD. Her highest honor came when she was selected to serve on the CONNIE MAXWELL CHILDREN’S HOME TRUSTEE BOARD.