A Day on the Farm

Finding Hope in a Hopeless Situation 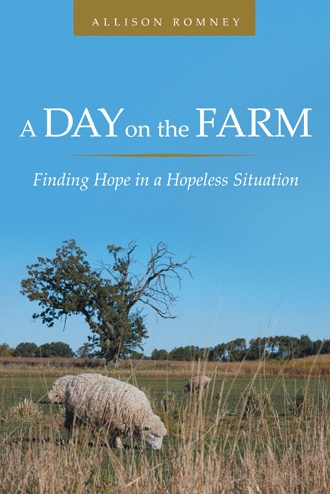 This year presented new challenges, as I was alone on the farm. I ordered more ear tags and some Pritchard nipples, a specific kind of nipple that worked well for bottle-feeding orphan lambs and was screwed right onto an empty soda bottle. Since I usually don’t drink soda, as the one-eyed cleaning lady’s husband could attest, I asked my knitting friends if they could save any empty soda bottles from their homes and donate to the cause. To my surprise, they not only brought in bags of empty bottles, but several of them also volunteered to help with the lambs. I programmed their phone numbers into my cell phone as well as that of my veterinarian and felt a little more prepared.

I knew that as the ewes got closer to delivery day, their udders would swell to the point that they looked like they would burst. So I tried to be proactive and moved a few of the ewes with very large udders into the most sheltered pen. On March 5, I walked into the barn to find that my oldest ewe, Brownie, delivered her lambs overnight. A big, healthy male lamb nursed vigorously, while a cold, lifeless female lamb lay next to Brownie, her afterbirth puddled in the corner of the pen. Not all of the sheep receive names—only the special ones and the really naughty ones. Brownie gained notoriety for a little bit of each.

Brownie came to the farm years earlier as part of the original twenty ewes and one ram. We wanted livestock primarily to produce manure for organic farming and gardening. I walked into a yarn store to get some materials one day, and the owner asked if I knew anyone who wanted to buy some Romney sheep. She planned to start a new breed and needed a home for her existing ewes. I called my husband and asked if we could a get a few. He offered to buy all twenty. When we brought the sheep home, we noticed that we only had nineteen, but had to go back to pick up the ram. We offered to settle for nineteen ewes and a ram, but the owner insisted we take another ewe, which turned out to be a beautiful little lamb with brown fiber that looked like dreadlocks. We named her Brownie. Younger and smaller than the rest, we felt sorry for how she had to fight for food. When shearing came and we felt her fiber, we knew she had the most luxurious wool on the entire farm. She still does. When an international knitwear designer came from Sweden and visited the farm, she bought some yarn made from Brownie’s fiber to take back home.

The problem with Brownie was that she had always been a horrible mother. The first year she had twins, she tried to leap the walls to get away from them. The next year, we had to pin her against the barn wall to let the babies nurse. Each year, we fed her lambs by bottle because she refused to take care of them. The third year, she had twins again. She took care of one lamb and rejected the other. I wanted to cull her, but my husband insisted we keep her, if only for her amazing fiber. The fourth year, she had twin girls and took care of both of them beautifully. We thought the streak had ended. But seeing the dead lamb in her pen made me doubt her maturity and mothering abilities. I didn’t know if Brownie’s lamb was stillborn or died from neglect, but the answer wasn’t going to bring her back to life. I got the pitchfork and sadly removed the afterbirth and dead lamb, carrying them along with the bedding underneath them to the burial spot behind one of the farthest buildings.

I then built a jug for Brownie and her lamb with some wooden panels, filled a five-gallon bucket with fresh water, and gave her some hay. I dipped the lamb’s umbilical cord in the iodine solution and then let them bond for the rest of the day, knowing that the next day, I needed to find the courage to do the lambing tasks that I had previously only observed.

This true story chronicles life on a sheep and alpaca farm through a season of dramatic change. From the deepest, darkest, coldest days of a severe Midwestern winter to the warm summer days that bring unexpected visitors, you can experience the real-life happenings as told by a retired stockbroker who never dreamed she suddenly would be alone on a farm. The shocking reason her life changed becomes the start of an incredible faith journey where she learns firsthand about God’s promises, His faithfulness and the miracles He provides. Meet the animals, the knitting ladies who jump in to help, and the people who step forward to unselfishly offer hope in what seems to be a hopeless situation. Follow the journey that sent a riptide through a small town but ended up pulling a community together. Learn about the ultimate hope that God provides with forgiveness and victory over evil in today’s world through His Son, Jesus Christ, and the amazing power of the Holy Spirit to make the impossible become real.

The author lives on a 40-acre farm with a flock of sheep, nine alpacas, four llamas, a bunch of farm cats, and a dog that would rather play with the sheep than herd them. She received a B.A. from Marquette University in Milwaukee and a M.A. from the University of Wisconsin-Milwaukee. Following a career as a journalist, corporate communicator and financial adviser, she now owns a farm and a yarn store.