Its Mission and Vision for the Future 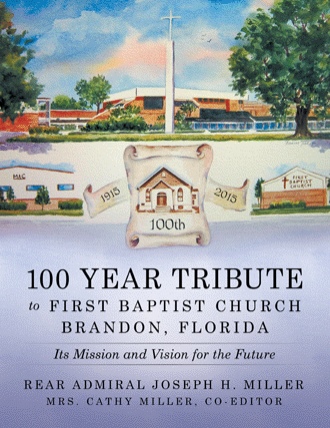 This Tribute Book is Unique….

• The church is the people. People who are “true” Christians. This church has survived for 100 years because of small groups of people who were hardly noticed in its recorded history.

• Unique in that it lists more than 100 pages of testimonies from people about how this church has blessed them. Their testimonials are a book in itself. One cannot read the testimonial section and not be blessed. “True” Christians for the first time have been given the opportunity to speak for God as a testimony to the world about one of His universal churches.

• Unique in that one person has listed the names of over 200 people who have been a blessing to her for many years.

• Unique in that it lists some of the great sermons of ministry leaders of the church.

This book discusses the many problems of God’s people and the church and how the church must face these problems in the future.

The development of this book and the subject has been extensively researched and includes other churches with 100 and 200 - Year celebrations.

The Crisis of Migration and Immigration

Migrations have been one of the great driving forces of historical change.

“Migration is one of the defining characteristics of the human race.”

The challenges of government in the 21st-century will not be to stop migration that is impossible, but to manage it.

• Islamic Terrorism reached a world changing level on 11 September, 2001. They destroyed the New York Twin Towers of the World Trade Center and hit the Pentagon in Washington, D. C. with an airplane. 3000 were killed more than at Pearl Harbor. The World Trade Center was struck previously in February, 1993, killing 6 and injuring more than a thousand people. (p. 671)

• Listed as the number one topic is the continuation of the civil War in Syria. (p. 4)

• June 29 ISIS declared it had established a “Caliphate” of territory from Aleppo, Syria, Iraq, Diyala Province, and was changing its name to the Islamic State. (pp. 34, 35)

• Afghanistan: The highest ranking U.S. officer since Vietnam, a Major General was killed with eight other Americans. (p. 38)

• Tens of thousands of the Yazidi groups fled to mountains outside of Sinjar. (p. 38)

• ISIS is known to persecute Christians, Yazidis, and non-Sunnis. (p. 38)

• The United States Ambassador to Iraq and three other Americans were killed in Benghazi 11 September, 2012. (p. 673)

There have been hundreds more radical Islamic attacks . Wake up America! In the world there were 10,000 deadly attacks in the first six months after September 11, 2001. More than 5 million innocents were killed. (36, p. lvii) What started as a serious challenge to Islam, by the end of the 2nd century became a threat to the World. (35, p. 242)v

The Christian Cross and the Crescent with a Star cannot be at peace with each other as long as the Islam terrorist exist.

Majority or general Islam must join in the fight against Islamic terrorists to show that most Muslims want peace with each other and want to live in the world in a peaceful state of mutual understanding. This is a different kind of war as the terrorist Muslims plan to take over our country by invading it as allowed by our own laws of tolerance. When they get a majority they will change our laws.

We are a nation in crisis and many live in fear from crime. We have false freedom by our apostasy from God. We made ourselves free from God and there is crime in our streets and no discipline in our schools. Our lives are rich with luxury without self-sacrifice. Our Christian cross is the background while Satan’s Star is taking over the world. We are talking and politicking while they are shooting and cutting off the heads of Americans.

The most important problem and subject for today involves the minds of at least three generations.

Our life spans several ages. The age of youth is between ages 13 to 20, which is only seven years. With an average total life of 78 years, the age of youth is slightly less than 10% of one’s whole life span. In the seven youth years their mind is developing. The result of this development is determined by their environment. God gave parents their youth. It is their God-given responsibility to teach and discipline the youth’s mind in the direction that they are most likely to go.

Secularizations rapid growth is increasing the already wide gap between what is sacred (Christian) and secular (exclusion of religion).

Freedom is not free! We must pay for it. Society must learn to discipline itself or die.

Discipline in society is the only answer to our survival. 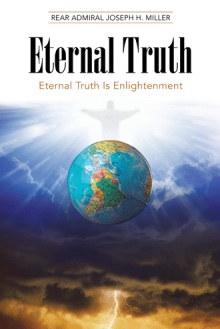 This book is unique. There is no other tribute like it. The church is the people. The people who are “true” Christians are listed in God’s Book in heaven. This church has survived for 100 years because of small groups of people.

There is no church history book that lists over 100 pages of testimonies from people about how their church has blessed them. Their testimonials are a book in itself. One cannot read the testimonial section and not be blessed. “True” Christians, for the first time, have been given the opportunity to speak for God as a testimony to the world about one of His universal churches.

This book lists some of the great sermons of the ministry leaders of the church.

The many problems that God’s people and the church must face the next hundred years are listed.

The churches in America are in a spiritual declined in influence and numbers. The people must act! Probably the only known course for this to happen is in the summary of this book.

There is only One Church that will be exalted and glorified during the End Times.

God’s church, founded by Jesus’ Apostles 2000 years ago, is based on the teachings of Christ Jesus. The First Baptist Church of Brandon was brought into existence by men of God based on New Testament teachings.

700 years before Jesus was born there were fifty prophecies about Jesus in Isaiah alone. Some scholars call Isaiah “The Fifth Gospel” after Matthew Mark, Luke, and John. (46, p. 187)

“Love your neighbor as yourself.” (Lev. 19:18) was written 1400 years before Christ. John describes Jesus at the Creation. “In the beginning was the Word ,and the Word was with God, and the Word was God.” (John 1:1)

This tribute is a model for any church.

Rear Admiral Joseph H. Miller (MC) USNR retired from the Navy Reserve in 1986 after 34 years (credited with nine years of active duty) Since retirement with annual Permissive Orders he has had consecutive Navy Orders since 1952 or for 62 years. The Permissive Orders included informal visits to Navy hospitals. RADM Miller completed three years as the first reservist to serve as a Deputy Surgeon General, Pentagon, and concurrently as Commander Naval Reserve Force, Force Medical Officer 1983-1986. On active duty he served as Chief of Neurosurgery, National Naval Medical Center, and subsequently as Chief of Neurosurgery, US Naval Hospital, Da Nang, Vietnam. As a consultant to the Surgeon General RADM Miller chaired a committee of five prominent civilian leaders of neurosurgery to develop a Navy neurosurgical residency. While in the Pentagon, with Dr. Barry, he wrote and staffed the directive for the establishment of Physician Reservists in Medical Universities and Schools. (PRIMUS) RADM Miller has been to Bethesda over 100 times, Yokosuka, Japan 40 times, San Diego 24 times, Pearl Harbor 22 times, and every other Navy Hospital in the world. (For two months he personally provided neurosurgery coverage at the Tripler Army Medical Center, Hawaii) He served in the Joint Chiefs of Staff (J4) war planning section as the only Flag officer. Later, at his recommendation, a Flag officer billet was established in J4. The first assignment was a Navy Reserve Flag Officer.

RADM Miller was Founder and Director of the Memphis Neurosciences Center at Methodist Hospital and the University of Tennessee. He developed an international academic interchange in Neurosurgery with 27 countries. He is currently on the Voluntary Faculty of USF Medical School, Tampa, Florida.

RADM Miller has been a Christian for 72 years, a Southern Baptist Deacon for 62 years, and taught Sunday school for 58 years. He is currently a member of First Baptist Church, Brandon, Florida. He is a 5,258-hour pilot and recently passed the course to be a Coast Guard Captain. He is married to Cathy Miller and they live in Apollo Beach, Florida.

He developed 24 Clinical Teaching Systems as a “cerebral computer model”. He was an invited medical lecturer 56 times and had numerous Medical Journal publications.

He is a graduate of the Medical College of Georgia with an M.D. degree in 1955 and Mercer University with an AB degree in 1951. He was also a proud graduate of Ludowici Georgia High School where they were second place in the state in Basketball in 1947.

Author of 14 Books Since Retirement:

You Live! You Die! Who Decides

Faked Disability: A Shame of America

Explore the Brain for the Soul

Eighty Years Behind The Masts (My Autobiography)

After 400 Years of the King James Bible

Experience for Writing This Book

The Editor has traveled in many places in the world where Eternal Truth is not known! (My wife, Cathy, has traveled with me on a vast majority of these trips)