A Physician's Stories and Reflections on Prayer 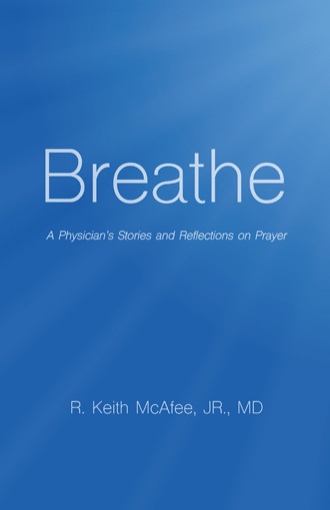 Tired, impatient, perhaps hungry—nine-month-old babies do not provide verbal summaries of their needs—she was not responding to her father’s consolation during her well child visit. While I tried to pursue a line of questioning with her father about her health, Keisha wiggled and fussed in his arms, making it difficult for him to concentrate on my questions. A good father, he was patient with Keisha, but things were not going smoothly. It was tough to make much progress in my evaluation.

A mere two years older than his sister, it was unrealistic to expect him to help. Nevertheless, while happily playing with his toys in the corner of the room, he noticed Keisha’s troubles, and leaving the comfort of his corner, he came over to his sister. By talking to her, caressing her face, and sharing the toy he brought from the corner, Michael tried to cheer her up. It worked! She started to giggle, her fussing stopped, and her father could once again focus on the health issues at hand. Young and inexperienced as he was, Michael was nevertheless marvelous.

At one point when the father and I paused in our conversation, Michael looked up, and his father looked down. For a moment their eyes connected: the father smiled at his son with pride and obvious delight; the son, recognizing and responding to that look on his father’s face, beamed with his own pride and delight. The wordless interchange was brief but potent: an encyclopedia of meanings passed between the two in the blink of an eye.

We are all like Michael: young, simple, not very impressive or wise, but (I hope!) consistently trying to help where we can. All we can expect of ourselves is to aid those close at hand, doing whatever is feasible at the moment if we stay vigilant to the needs around us. Even the Mother Teresas of this world live their lives that way. The smallest of kindnesses count. Nothing escapes the Father’s awareness, and our Father, far from being a distant and demanding taskmaster, delights in those small deeds of mercy. In essence, my life as a physician is nothing more than a string of such small works. In God’s eyes every job, whether the world considers it glamorous or not, has the same importance and offers opportunities to serve others. Those opportunities take different forms—some obvious and others subtle—but they always are there.

We want to make our Father proud of us—not because we earn it, but because He, like any good father, delights in our efforts. Receiving a “well done” from Him is a reward beyond measure. Lord willing, our reception of God’s loving pleasure will be fully realized when we see Him at our death, but even now we can get a taste of His delight. Personally, I long for that same look that Michael shared with his father, but from my Father in heaven. I receive it in my heart, not in my eyes, but it is His look nevertheless. It is a thrill that can enliven our prayers.

Look for it. All you have to do is steadfastly help those around you, and then gaze upward in prayer …

… He always is gazing down at you.

Drawing from his experiences as a family practice physician for the past 30 years, Dr. McAfee provides true and captivating stories from his career in medicine. Ranging from humorous to heart-rending, these narratives offer brief glimpses into the lives of Dr. McAfee’s patients, with practical lessons regarding prayer woven into each account. Intellectual study of the subject of prayer, valuable as that is, typically does not move our hearts to deeper prayer in the same way that stories do. For Christians young and old who wish to live a life of enriched prayer—knowing God’s presence as well as His precepts—these stories help provide the tangible means to achieve that goal.

Dr. McAfee is an Associate Professor of Family Practice in the UC Davis School of Medicine, currently working in a 4-physician primary care clinic in Yuba City, a rural town in central California. After undergraduate studies at UCLA, Dr. McAfee received a Master of Christian Studies degree from New College, Berkeley in 1981 and then earned his medical degree from UC Davis in 1986. He and his wife, Jeanie, have been married for 31 years and have 4 daughters.