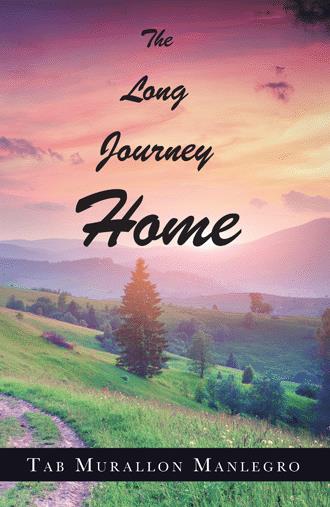 One break of dawn, when man woke up to consciousness for the first time, he met his Creator and knew Him well. He was not a product of his imagination, not a myth, not just a perception, not a result of evaluation or analysis, not a logical conclusion and not an invention. Man truly experienced his Creator in his body and in his soul because He was his single Father who raised him up from birth. When man grew up, he passed this precious knowledge to his descendants through many generations….

Many years and many generations had passed and most people lost track of their roots. Every kind of vice and evil polluted the lands and the world looked horribly filthy to the Creator. The Almighty Landlord set out to cleanse the earth and He picked out among the few who remained righteous, a man named Noah to preserve the seed of mankind. He commissioned Noah to build a gigantic freighter based on a blueprint and specifications that He furnished……

God was so pleased with Abraham who had proven that he would never withhold even his own beloved sons from Him. As a reward, He promised Abraham that his generation would be as numerous as the stars in the sky and the sands of the seashore. They would be God’s own chosen people through which salvation of mankind would come……

Meanwhile, the Pharaoh lost his son in death and very enraged, he resolved to get back at Moses. Reversing his decision he launched his army to go after the Hebrews to re-capture them back as slaves. The long column of Cavalry galloped through the same dry sea bottom passage tailing close behind the Israelites. But after the last Israelite had safely reached the other shore, the waters of the sea flowed swiftly back down drowning the whole Egyptian army with their horses and their chariots……

…. King Solomon and his people lead healthy and wealthy lives. Beautiful palaces, mansions and gardens and cities flourished. State of the art infra-structures and utilities were built. On the foundation laid down by his father on the holy mount, Solomon built the most beautiful temple ever built on earth for the True God….

……It was getting dark and cold, and they had no choice but to spend the night in a stable they found at the end of town. That very night, while the town of Bethlehem was asleep, the baby boy Jesus was born. Mary wrapped him in swaddling clothes that she brought along with her humble belongings, and laid him on an animal manger for crib which Joseph neatly lined with straws for cushion and covered with a dry clean cloth. It was a very lowly birthing facility provided by mankind on earth for the Creator of the Universe.

On the sixth hour, the heavens darkened and Jesus having lost so much blood felt thirsty but refused to drink from a sponge soaked with wine tossed to him on a stick. Finally, he commended himself to his Father and declared that his sacrifice was consummated and he gave up his spirit.

….Mary of Magda tarried behind and sat outside the tomb weeping. As she looked inside once more, she saw the two men in white garments again. Then turning back, she saw another man standing in front of her. He called her by name and immediately, she recognized the voice of Jesus. The other women arrived and they also heard and saw Jesus. They fell on their knees, embraced his feet and worshipped him.

The horse leaped up wildly in fright throwing him on the ground and then a voice was heard by everyone around, asking Saul why he was persecuting Him. Still on the ground grunting in pain, Saul asked the voice courteously who He was. The voice answered that He was Jesus Christ, Himself!.

From centuries of paganism Europe became a stronghold for Christian worship. Every kingdom was Christianized, every newborn baby had to be christened and every marriage among the Royalties had to be publicly solemnized with pompous ceremonies and celebrations in the Christian traditions

Therefore, to love Jesus is to love his circle of friends. No one could claim to be a friend of Jesus and ignore his close friends and relatives. As God-Man, the community of Jesus includes humans and spirits.

Saints are gift of God and people who have developed close spiritual friendship with them can testify to the privilege of guidance, protection and affection that they got out of these friendships.

She is the mother of Jesus who is truly God, therefore she is rightfully named the “Mother of God”, not to be mistaken as “Mother God”. She has also acted as mother to all mankind, and have been effectively interceding for man to God, as she did in Cana.

….The Creator dismantles His gorgeous sand Mandala. No one will survive the great conflagration, and all life on earth will expire. All matters and their spirits and Mother Nature itself will lay down to rest.

Then Jesus rises from His throne and joins the crowd on His right side. After embracing each one of them and giving them His personal blessings, He leads them in a triumphant procession towards the open gates of heaven, with a loud and big fanfare by the angels.

The novel is an epic tale of mankind during his long journey from birth, to his sojourn on earth until his final homecoming. Though it has biblical allusions, it is not intended to be a direct interpretation of the Scriptures or any other Holy Book. It is not also intended to challenge any traditional or contemporary teachings and dogmas. The book opens with the author’s self introduction narrating an episode in his childhood, until he reached maturity. He stated the basis of his beliefs, and narrated his own version of Creation and man’s unexpected evacuation from his compassionate Father’s home.

The long saga of man on earth began and continued for many generation. One time, the Creator was compelled to clean the filthy earth with a devastating flood. In the new life, the Abrahamic journey was launched, leading to the birth of the promised Healer, God’s son Jesus. Jesus Christ introduced upgrades to the old traditions and practices. He offered His own flesh and blood to invigorate man’s being. He gave up his life in crucifixion doing the Saving errand. After three days, Jesus came back to life and gave His relieved followers the mission to spread around the world and gather the people around Him so they can go home to Paradise.

Tab Manlegro’s natural flair for creating and telling stories showed early in his teens. His family, siblings, neighbors and friends used to gather around to listen to his tales. Later on, he amused his own children with his stories. His narration were mostly extemporaneous, but he has the knack of tying loose events together making his stories whole and organized in the end. Because he excelled in Math and Sciences, He pursued a degree in Civil Engineering. He joined the work force and took some graduate courses during his spare time. During his long years of good practice, he read, attended various forums, and participated in different social, community and religious activities. He traveled to many foreign lands, met and inter-acted with peoples of various nationalities, cultures and creeds. Now in retirement, he taps his data-full memory bank to pursue his earlier literary interest.