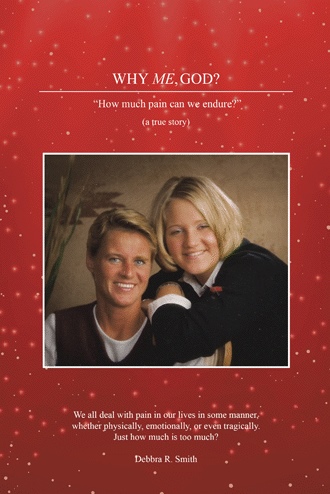 Brandi and her boyfriend Andy started seeing each other while they were in junior high. They had been together for quite a while and were always attending dances and functions at school together. He was pretty quiet and didn’t talk much. Andy and his family only lived a couple of miles from us. We had met Andy’s parents and they were very nice, pleasant people. They really cared about Brandi, almost as if she were one of their own.

Besides the bubbly side of Brandi, she also had a very emotional side. She had such a caring heart that if something went wrong, sometimes it would be very difficult for her to deal with situations. When she would vent about things, it seemed no matter what you said, she had a hard time letting it go. She was definitely a worrier.

One evening Brandi came home and I could tell she was upset about something but I didn’t know what. It was getting late so I went to bed for the evening. I was clueless to what was going on with her. One thing I learned about teenagers was that they kept things bottled up inside. I remember I was the same way. If I had any knowledge of what was just ahead, I would have done something to keep it from happening.

It was early the next morning, around five o’clock, when I felt someone shaking me, trying to wake me up. It was Brandi. I won’t ever forget those words she proceeded to tell me. She said, “Mom, wake up. I’m throwing up blood.” I immediately jumped out of bed feeling like my heart had just leaped out of my body. My mind began to race with a million questions trying to figure out what could possibly be wrong with her. My gut instinct kept telling me that if she’s vomiting blood it can’t be good. Brandi then continued to tell me that before she went to bed she swallowed a bottle of Tylenol. Terror filled my mind to think I could have woke up and found my daughter dead in her bed that morning. Fear took control of my body wondering if she was going to survive. I immediately rushed her to the hospital. I just wanted a moment to be able to unload the tears climbing up from deep within my soul. Tears held back from wondering if she was going to live and wondering why she felt so bad that she wanted to take her life. At the moment I had to put that on hold. I had to save my baby girl.

The road trip to the hospital was approximately twenty minutes and that was pushing it. As I tried to concentrate on driving, sitting beside me was my beautiful, loving, daughter who continued to vomit large amounts of blood into a bag. All that consumed my mind was the question of was she going to survive, and if so, what kind of damage had she caused her body? I didn’t have a clue, but the fear of the unknown scared me to death.

On the ride to the hospital Brandi shared with me that she and Andy had broken up the night before. She was so depressed and that’s why she took the pills. For a split second I recalled the time when I was a teenager and I had swallowed some pills but couldn’t recall what kind. It was all over a break up with a boy. I wasn’t brave enough to take very many, but not long afterwards, I told my mother as I was overcome by the fear of dying. She called the hospital and spoke to someone about the pills I had taken and was told I would be okay. I do not know why that past memory came to me, but I remembered being scared enough to tell someone pretty quickly, while she waited until many hours later. I knew if she had taken something stronger she probably would be dead right now. That she could have really been gone was just an unimaginable thought.

When we reached the hospital they were able to get her in right away, due to the circumstances. After talking to the doctor about what happened, he explained what the situation was. He said that Tylenol won’t actually kill you, but it will damage your liver. With the amount of blood she was vomiting, there was no doubt she would have liver damage. He wouldn’t know to what extent for a few days after running tests. The first thing she had to do was try to drink a chalky liquid that would help absorb the poison in her system. You could definitely tell by the smell that the taste had to be horrid. If she wasn’t able to swallow it in a short amount of time they would have to run a tube down her nose and into her stomach.

She continued to try to drink the solution, but she was still throwing up and unable to keep it down. They told us how imperative it was to get the solution into her system to help keep her liver from becoming damaged any further. We had no other option but to allow them to insert the tube.

During my early years, I thought intuition was how I knew things would come about, until one day I began to hear His strong voice. He warned me of life-altering events that would occur.

In life we expect to have trials to learn from, and pain is a form of that. I could not understand why my life consisted of constant pain, physically, emotionally, and even the most horrible, tragic pain ever.

Despite living this life, I enjoyed raising my three beautiful daughters. They were very different. My oldest was the studious one, my youngest was very independent, and my middle daughter was very loving and emotional. As they grew and became teenagers, my middle daughter, Brandi, would begin her life of living my pain. This was the beginning of her life of destruction. She was living in a secret world.

Through all these painful trials, God was always there for us. You will be amazed by His miracles as He lived in our lives every day. God told me to write this book so you can see beyond our life of pain. You will be astounded by the blessings given during my darkest hours and get a glimpse through His vision. God loves us so much and shares our deep grief. You are blessed with His ultimate love. He sacrificed His Son for us.

God was adamant about using me as His vessel to show His great healing powers and His amazing miracles. It was during my darkest days when I began to see life through His vision. I reside in Richmond, Indiana, enjoying my wonderful grandchildren.