Christ in the Passover 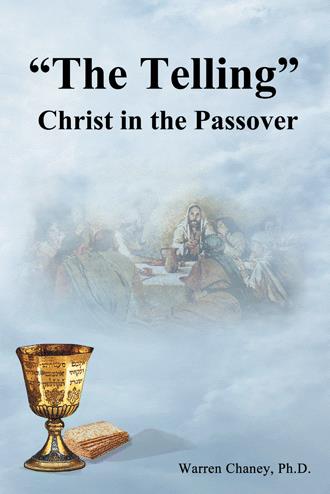 THE PROPHECY OF CHRIST IN PASSOVER

‘…In the first month, on the fourteenth day of the month at twilight is the LORD’s Passover. ‘Then on the fifteenth day of the same month there is the Feast of Unleavened Bread to the LORD; for seven days you shall eat unleavened bread….’
Leviticus 23:5-6

In the New Testament, the Apostle Paul points out that the Jewish Holy Days—the feasts and celebrations—were a shadow of the things to come through Jesus the Messiah. Although “believers” have not traditionally celebrated the holidays in a biblical sense, there is Christian significance within each of the Holy Days, especially the first one, Passover. Although we may not commemorate these holidays, as we discover the significance of each we will gain a greater knowledge of God’s Word, an improved understanding of the Bible, and a deeper relationship with the Lord.

Jesus and the Events Before Passover

Three of the Lord’s feast days played an important role in the crucifixion and resurrection of Jesus. The feasts of Passover, Firstfruits, and Unleavened Bread fell within a consecutive eight-day period. This entire period was known as both the Passover Feast and the Feast of Unleavened Bread, as prescribed by the laws of the original Sinai Covenant. The sacrifice of the animals in memorial of the first Passover in Egypt was to take place on the 14th of Nisan, and the eating of the sacrifice by the community in their homes on the 15th of Nisan, the night of the full moon for that calendar month.
Six days before Passover, Jesus had traveled to Bethany, where Lazarus lived and a dinner was given in Jesus’ honor. At this dinner Mary took nearly a pint of pure nard, an expensive perfume worth about a year’s wages, poured it on Jesus’ feet, and wiped his feet with her hair. According to John 12, Judas Iscariot, one of Jesus’ disciples, vehemently objected, asking, “Why was this perfume not sold for three hundred denarii and given to poor people?”
The gospels relate that others attending the dinner also objected, but Jesus replied, “Let her alone, so that she may keep it for the day of My burial. 8“For you always have the poor with you, but you do not always have Me.” Thus, in the week of Passover, the biblical symbolism concerning what was to transpire became increasingly pronounced.
There appear to be two dinners discussed in some of the gospels. The main scriptural point supporting two dinners is that Judas was unable to betray Jesus and set the events of His arrest and crucifixion in motion until Christ’s “hour” had come. There is no mention of Judas’ betrayal in the events during or after the dinner recorded in John 12:1-11. Jesus’ “hour” in the Gospel of John does not come until John 13:1.
The Bible records that Jesus left Bethany six days before Passover. From there, He sent two disciples into the village to secure a donkey that had been tied there but never ridden. Christ rode this donkey into Jerusalem on Palm Sunday. It is on this day that Christ fulfilled the Old Testament prophecies of Genesis 49:10-12, 10 “The scepter shall not depart from Judah, Nor the ruler’s staff from between his feet, Until Shiloh comes, And to him shall be the obedience of the peoples. 11 “He ties his foal to the vine, And his donkey’s colt to the choice vine; He washes his garments in wine, And his robes in the blood of grapes. 12 “His eyes are dull from wine, And his teeth white from milk....”
The Jews were also aware of the Zechariah 9:9 prophecy, 9 Rejoice greatly, O daughter of Zion! Shout in triumph, O daughter of Jerusalem! Behold, your king is coming to you; He is just and endowed with salvation, Humble, and mounted on a donkey, Even on a colt, the foal of a donkey.
Those witnessing the Galilean’s ride into Jerusalem saw this as the coronation day discussed in 1 Kings 1:33-35: 33And the king said to them, “Take with you the servants of your lord, and have my son Solomon ride on my own mule, and bring him down to Gihon. 34And let Zadok the priest and Nathan the prophet anoint him there as king over Israel, and blow the trumpet and say, ‘Long live King Solomon!’ 35Then you shall come up after him, and he shall come and sit on my throne and be king in my place; for I have appointed him to be ruler over Israel and Judah.”
As Jesus approached Jerusalem, He looked at the city and wept over it, foretelling the suffering that awaited the city. The gospels recount how, as Jesus rode, the people laid their cloaks and small branches of trees in front of him. It is important to note that palm branches were used to welcome great conquerors.
The fulfillment of Zechariah’s Messianic prophecy together with the other prophecies of Isaiah connected the Messiah to King David’s line and joined with the visual image recalling Solomon’s triumphal ride. This encouraged the multitudes to cry out just as their ancestors had, “…Hosanna! Blessed is He who comes in the Name of the Lord, even the King of Israel.”
The Hebrew word hosanna means “O Lord, grant salvation.” “He who comes in the name of the Lord” is referenced in Psalm 118:26, but here it is a title for Jesus, the King of Israel, given in connection with the quotation from Zechariah 9:9.
Considering the adoration and praise heaped on Jesus, it is of little wonder that when the temple authorities heard even the children shouting, “Hosanna to the Son of David,” in the temple, they became irate. When the chief priests and scribes saw Him overturn the temple trading tables, teach the crowds in parables directed at the leaders, and perform wondrous healings, they were angry, indignant, and threatened. They wanted him dead and began immediately to look for a way to accomplish that end. The leaders plotted to kill Jesus in a way that would not attract the attention of the huge throngs that followed him. The scribes, Pharisees, and others were afraid to take him while the crowds were watching. Luke 22 explains that Satan was on the move and entered into Judas, leading him to discuss with the chief priests and officers of the temple how he might betray Jesus.

Jesus called his disciples to observe Passover, telling Peter and John to go and prepare it for the rest. "When the hour had come, He reclined at the table, and the apostles with him."
Luke 22:14

The Jewish Book used to lead as well as follow in a Seder service is called the Haggadah, a Hebrew word meaning, The Telling. It contains instructions for the Passover service along with the Passover story, itself.

The Telling is a blueprint for an organization or Church body wishing to carry out an ancient traditional Christian Passover as part of a service or an outreach program. It also contains complete instructions for the individual or family desiring to conduct such a service.

Every detail is covered, including:

The Telling is a completely illustrated guide with practical illustrations and photographs.

Dr. Warren Chaney is an American author, filmmaker, behavioral scientist, and a pioneer in early television. He holds a Doctorate (Ph.D. in Behavioral Science and Management), an MBA (Finance), and a Bachelor of Science with a double major (Marketing and Speech and Theatre).

During a wide-ranging career, Dr. Chaney as of the date of printing, written twenty-eight books, sixteen screenplays, ten theatrical dramas, and over 400 professional and non-professional magazine and journal articles. He has written entries for Colliers Encyclopedia and was an editor for two publications, one in health care and a fictional detective magazine.

Dr. Chaney has produced nine feature films and directed eight in addition to producing and directing numerous television productions including 150 episodes of the pioneering television series, Magic Mansion. He has received considerable recognition and awards for his film and television work.

Chaney established the first public university Health Services Administration program for the state of Texas. He has served on various boards of directors and advisory boards of public companies. He was an officer in the United States Army and served in multiple military commands during the Vietnam Era. He was born in Kentucky, a native of Hopkinsville, and educated in Tennessee and Texas.

Dr. Chaney now resides in Houston, Texas, is married and has five children.