A Pastoral Assessment of Word of Faith Theology

by Russell A. Morris 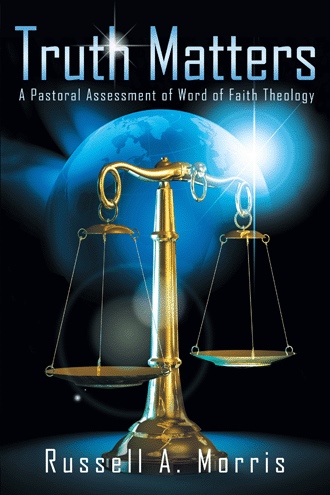 Numerous sources have informed and influenced the word of faith movement. Consequently, identifying the origins of the movement is no minimal task. Although the influences often intersect in terms of specifics, research suggests that three primary sources provide the historical origins of the movement: (1) the Pentecostal and Charismatic faith traditions; (2) American revivalism of the 19th century; and (3) specific cultic influences and teaching. The task at this point is to delineate and differentiate among the proposed sources.

Specific tenets of both the Pentecostal and Charismatic movements can be seen within the word of faith movement. Because classical Pentecostalism emphasizes the need for the baptism of the Holy Spirit, the elements of healing, signs, wonders, as well as an emphasis on spiritual gifts, were at the heart of the movement from its earliest days. Several distinguishing tenets of early Pentecostalism are evident within the word of faith movement, although in the latter they are often manifested in more extremist terms, for example: (1) the belief that God is reviving the church within the present generation; (2) the tendency to exalt spiritual manifestations; (3) a tendency to be personality centered; (4) a tendency to produce ministers who are theologically thin (this due primarily to the anti-education mentality at the popular level); and (5) the belief that an outpouring of the Holy Spirit will bring unity to the church at large. Although such elements are found within the word of faith movement, many of those elements are hermeneutically appropriated outside the mainstream of classical Pentecostal theology.

Second, some posit that the word of faith movement realizes its antecedent in the revivals of the mid-19th century in the United States. During the height of and immediately following the World War II era, numerous evangelistic associations were established. Many of these associations were founded by persons with Pentecostal roots. Under the leadership of persons who were dissatisfied with established denominational Pentecostalism, the Charismatic movement surged on the scene of post-World War II healing revivalism. The healing revivals were often characterized by: (1) sensationalism and exaggerated announcements of supernatural intervention; (2) cult-like figures who took center stage of the meetings; (3) exaggerated views of deliverance; (4) scandalous and outrageous fund-raising techniques; (5) a distorted view of faith; (6) a preoccupation with Satan and demons; and (7) new revelations as a way to obtain spiritual truth. The word of faith movement does indeed contain elements of the healing revival movement, but here too, appropriation of those elements is often realized in extremist terms.

Central figures within the healing revival movement were individuals such as Oral Roberts, Jack Coe, A. A. Allen, William Branham, Aimee Semple McPherson, Kathryn Kuhlman and Gordon Lindsay. Numerous others also rode the crest of the movement’s popularity. While similarities existed among those within the movement, individual figures had their own unique focus. Oral Roberts was the first to utilize the medium of television to expose the general public to healing revivalism. Thomas Wyatt made prosperity the theme of his ministry, citing God’s will to prosper the believer, a theme which characterized many of the revivalist’s ministries and evoked considerable controversy among the broader Christian community. Some promoted activation of faith through means such as anointed prayer cloths to bring God’s promises to fruition. Such methodologies are also noted within the word of faith movement, often taken to extra-biblical proportions.

Third, a number of researchers argue that the word of faith movement is an infiltration of the Pentecostal and Charismatic movements via cultic influences. In making a distinction between cult and cultic, Ronald Enroth uses three approaches: (1) the sensational; (2) the sociological; and (3) the theological. The sensational approach highlights the more extreme and unconventional elements of a movement or teaching. The sociological approach lends itself to a descriptive focus on the social, cultural and internal dynamics of a cult. The third approach, the theological, is primarily evaluative in that it compares and contrasts the teachings of a given group with Scripture. A fourth approach has been posited in which the history of a religious movement or group is assessed in conjunction with the theological approach. The intent is to determine whether or not specific teachings within a group are cultic in nature, an approach utilized in this volume as it relates to specific tenets of word of faith theology. The array of cultic movements that emerged in 19th century America can be classified in two groups: (1) the historically or eschatologically oriented cults such as Mormonism, the Jehovah’s Witnesses, etc.; and (2) the ahistorical or gnostic cults, which originated from a fascination with the powers of the mental and spiritual worlds, ranging from transcendentalism to the occult. It is the latter group that profoundly influenced aspects of the word of faith movement. 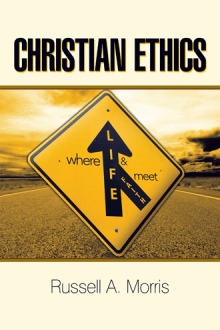 Specific tenets of Word of Faith theology produce serious concerns in terms of their scriptural validity and continuity with orthodox Christian teaching. Scripture challenges believers to “test the spirits to see whether they are from God” (I John 4:1, NIV). In this volume, an attempt is made to test—or discern—specific claims of Word of Faith theology by comparing and contrasting them with the Word of God.

“Dr. Morris has done an excellent job in exposing this Achilles heel through balanced and fair criticism, showing why a continual reformation from within this movement will be necessary.”

“The author had a clearly defined goal.”

“Dr. Morris has excelled in both his knowledge and accuracy regarding this research.”

“Thought-provoking and … evidence of good research.”

Russell A. Morris serves as lead pastor of Harvest Hills Church in Burlington, North Carolina. Ordained in 1986, he is a graduate of Lee University (BA), the Church of God Theological Seminary (MA), and Erskine Theological Seminary (DMin). He then earned research degrees (MTh and PhD) from the South African Theological Seminary. In addition to twenty-five years in the pastorate, he has served on numerous denominational boards. He and his wife, Wanda, have one daughter and three granddaughters.