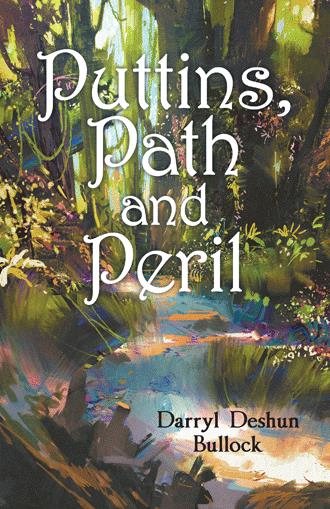 Anna noticed one little pink fly following her as she walked. It wasn't just a normal housefly. It was beautiful. Then, a blue one joined her and did a little fly dance. One at a time, more little rainbow flies flew with her as she walked. They were all the colors of the rainbow. Some were red, some blue, but most were pink. They buzzed, chirped, and danced jubilantly as Anna walked.
She was so fascinated by them that she laughed out loud. "Will I ever get home?" Anna asked the flies; they chirped back at her.
Just then, one of the flies, a pink one, flew in and perched itself on Anna's shoulder. The fly held a little droplet of magic honey. Anna carefully took the honey on her finger and tasted it. The honey filled her with joy.
Anna followed the flies through a berry patch. The patch was just off the path. Anna grabbed some berries to eat and they were yummy to her tummy. The flies led her through the berry patch to their rainbow cave. There the flies surrounded her and chirped in unison a little fly song. The pink flies chirped the melody while the blue flies chirped the harmony; it was a pretty song that made Anna's heart dance.
A beam of sunlight glimmered through the tropical greenery. The ray hit the entrance of the cave creating a beautiful moment. Anna stepped into the cave and saw a clear pool. She thought it was water but was quite surprised to find out that it was actually honey. "Wow," she thought to herself. The pool sparkled like crystal and was clear to the eye. She sat down on a rock next to the pool to rest her legs. "This is beautiful," she exclaimed to the same pink fly who was still riding on her shoulder; it chirped back.
Anna rested for an hour enjoying the beauty of the magical rainbow fly cave. Then she ventured through the berry patch to get back to the path. The pink fly was still on her shoulder making cute little noises.
Anna felt a bond of friendship form with the sweet little fly. Now she knew she would no longer be alone. She felt a hum of hope as a light beam found its way through the thick branches, beaming cheerfully on her head. "Now I am ready for anything," she thought.
Then, she heard a rustle in the trees.
Anna was very frightened at first, and she tried in vain to peer through the thick forest to see what had made the noise. But then the pink fly filled Anna's heart with courage as she felt a soothing vibration coming from the little friend resting on her shoulder.
*Crash*
A little man jumped out of the trees pointing a stick at her, which appeared to be a spear. He was hairy and unkempt, and his clothes were made from animal skins. He looked completely savage.
Anna jumped back, startled.
"T-are you a Puttin?" the little man demanded.
Anna was amazed that she could understand him. "No, I'm not. What are Puttins?"
"T-come with me," the little man demanded, raising his spear and ignoring Anna's question. "T-come with me," he repeated. "T-you're my prisoner!"
"Prisoner! What did I do?" Anna asked, appalled. Again ignoring Anna, the little man escorted her along the forest path at spear point. It was magical, this beautiful, lush path that ran through the deep forest.
Chapter 3
After an hour of walking with Anna at spear point, the little man veered off the path through some thick trees; they still could not see ahead. She stroked the little pink fly on her shoulder for comfort.
Suddenly, they came to a hut made of branches and leaves. It was about as big as a tent. "T-stop," the little man commanded. Startled, she stopped. But she was very curious, and wondered if there was anyone in the hut.
The door to the hut flew open and another little man came out. "T-who is this," he demanded.
"T-I found this girl wandering in the forest, and she is my T-prisoner," the little warrior stated proudly.
The little person in front of the door frowned. "T-we need to be more hospitable to the human!" he told the warrior. Then he turned to Anna and said, "T-my name is Tear." Tear motioned for the other little man to lower his spear and said, "T-his name is Towel. T-we are The Little People. T-we are on the watch for strangers who could be helping the Puttins attack us."
"What is a Puttin?" asked Anna.
"T-Puttins are our T-enemies," replied Tear.
"T-we are at war with them," Towel blurted out angrily.
"T-we need to take you to our village," Tear said. He led the way and Anna followed, still wondering what a Puttin was. Towel followed with spear in hand.
The three continued along the forest path. The path went up a hill and then started down the other side. Ten minutes later the woods opened up into a clearing and they gazed down onto a village. Anna saw a bunch of little straw huts about the size of tents. There were many Little People out in an open area that looked like a town square.
Anna's little friend, the sweet little pink fly, squeaked encouragingly on her shoulder as they walked toward the center of the village.
"Wow, what an adventure!" Anna thought as she gratefully stroked her newly adopted friend.
"T-let's go," and Tear motioned both Anna and Towel to step forward. The whole town surrounded them; over a hundred Little People.

Anna is ten years old. She loves her family and life is good. But, she longs to experience something new. Anna prays for an adventure and God answers her prayer. She is taken to another world and finds herself in the middle of a tribal war. Can she find a way to make peace between these tribes? Find out; go with Anna to The Land of Dreams. Walk with her along the magical path, discover new friends you will keep in your heart, and experience the thrill of each new peril.

Darryl Deshun Bullock loves Jesus and his family. He enjoys living in Washington State with his wife, two daughters, and pets. God blessed Darryl with an active imagination; he constantly works to create new worlds and wonderful stories. Darryl draws the reader into his stories and introduces characters who become dear to the heart.