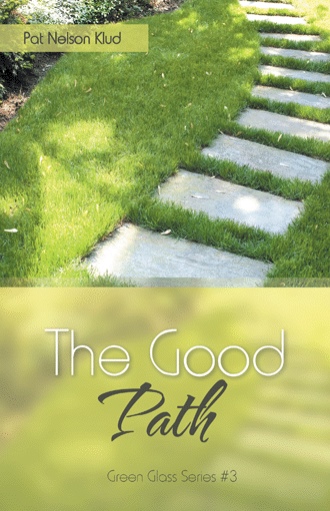 Roberto Jenks descended the courthouse steps with a smirk on his face. His highly-paid lawyer had once again gotten him off without even a warning. Even though he was on trial for murder—huge bribes and intimidation had won him another victory.

So what if he did order the demise of two people? The witnesses who had been paid to swear to his innocence had been so believable! And the threat of a scandal over his secret affinity kept the judge in his place.

Reminding himself to reward his attorney with a box of his favorite cigars, Roberto got into the sleek limo that awaited him at the curb.

“Where to, Boss?” asked his faithful driver, Jackson.

“Home, James,” said Roberto, laughing. It was a standing joke between them.

As the black car pulled away from the curb, Roberto reached for the phone in the console beside him.

“Hi, it’s me. I’m on my way home.” After a few more minutes of conversation, he replaced the phone and settled back into the plush leather seat. This was the way to live!

What a waste of time this whole trial business had been. There wasn’t anything concrete to tie him to the murders. When one of his bodyguards, Tiny, had let it slip to the police detective that he had acted on his orders, Roberto had made sure that nothing came of it. Too bad, Tiny was a faithful foil. There must have been something in what he ate to cause him to just keel over like that. Ha!

Arriving at his upscale apartment building, Roberto exited the limo and told Jackson that he would not need him anymore that day. He entered the building, put his keycard into the elevator slot, and entered the glass-enclosed conveyance. Once he reached his own domain, he removed his suit coat, and headed for the well-stocked liquor cabinet along the wall of the living room. He needed a drink, now.

Leaning his head back against the cushions of the luxurious leather sofa, he relaxed for the first time in weeks. Mr. Big was not going to give him many more chances like this. He’d better be more discriminating in the future when he made sure of the removal of his adversaries.

The ringing of the phone beside him woke him from a dream of terror. He had seen flames and heard wailing, but he couldn’t find his way out. With sweat running down his back, he reached for the instrument before the sound could rub his raw nerves any more.

“Yeah?” he bellowed into the mouthpiece.

“Is that any way to talk to your bread and butter?”

Sitting up as if he’d been caught stealing from his mother’s purse, Roberto answered, “Sorry, I must have fallen asleep. The phone woke me up.”

“So, you’re out of trouble now. Don’t think I intend to give you any more slack. You were sloppy in your handling of your business. You can be replaced, you know.”

“Yes, sir,” Roberto said with trepidation. He did not want to get on the bad side of his superior.

“Do you think you can handle the next piece of business I have for you?”

“Anything you say, sir. I’m your man,” he said with more bravado than he felt. The man on the other end outlined his next assignment. Roberto listened like a man getting instructions for buried treasure. He wasn’t about to miss anything important. “Have you got all that?”

“I’m counting on you, Roberto. This business depends on employees who can do their jobs and keep their mouths shut. You need to guarantee that those who carry out your instructions understand this. No more slip-ups. You understand?”

Roberto heard the unspoken warning. Assuring his employer of his ability to handle his mission, he hung up with a sigh of relief.

How did he get himself in so deep? He only wanted to make money and live comfortably. When had he gone from a small-time crook to a big-time villain? He was so indebted to that guy; he’d never be able to get extricated.

Shaking his head at his traitorous thinking, Roberto made up his mind to stick with it for now. Soon he would have enough money to skip the country with his nest egg, never to be heard from again. At least that was the way he wanted to disappear. Not like so many others who had turned up missing. Not wanting to even go there in his thinking, he went to the bar and poured himself another drink.

It was time to put the ball into motion. 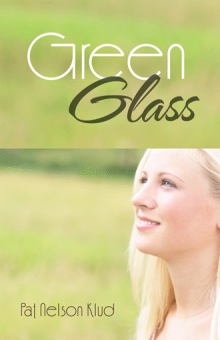 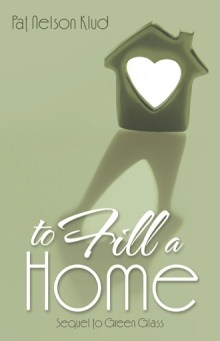 Find out if God can be trusted even when it looks like there seems to be no way out.

What does life hold for two very different released convicts? Now that they each have a chance to start over, where will their individual paths lead?

Does loving someone mean accepting everything they have done?

How does the return of an ex-mate shake up a secure Christian who thought she had already forgiven?

Is there love available to someone who has made a mess out of his life?

These and other issues are faced head-on by some of the characters from the preceding books in the Green Glass series: Green Glass and To Fill A Home.

Pat Nelson Klud (rhymes with food) met her husband, Leon, at Seattle Pacific College (now University). For over 20 years, she was a leader in Aglow International—the last eight and half as President of the Northern Virginia/Washington DC Area Team. She and Leon live in Springfield, Virginia, and have a son and a daughter, both grown and married, and one grandchild. This is the third book in the Green Glass series: Green Glass, and To Fill A Home.