The Longing to be Understood and Understanding God and Others

by Robert B. Shaw Jr. 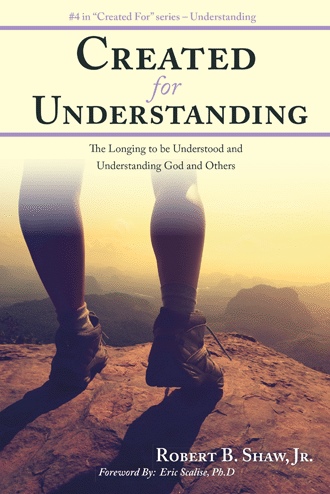 Communication is an essential aspect for any relationship. It is important in business transactions. When a contract is created, the wording is important. Understanding in communication is necessary in sports when playing together as a team. In football, the terminology for each play needs to be understood by all the players, otherwise not everyone on the team will execute the same play.


It is critical in the military for communication to be understood, especially in the midst of combat operations. Hand signals, strategies, and even the understanding of the use of certain weapons and equipment can be a matter of life or death. The term "friendly fire" was coined to describe a fire fight between members of the same army, when both sides believed they were engaging with the enemy. Such a potentially deadly situation is a result of miscommunication or misunderstanding.


Communication can make or break a marriage relationship. At one time, the top three reasons why couples came to counseling were financial issues; in-law issues; and sexual issues. In my experience they are two, three, and four on the list. The top reason for conflict by far is communication issues. Of course, generally speaking, communication has a lot to do with financial decisions, sexual intimacy, and relationships with the in-laws, but basic communication and lack of understanding is what is rampant today. Misinterpreting a person's motives or intentions are common barriers contributing to the lack of understanding someone. We all have "filters" through which we speak and through which we listen that often hinder understanding. Some of the most common hindering filters are assumptions, personal agendas, self-centeredness, and bitterness caused by hurt and unforgiveness. Many of these filters will be subsequently discussed.


As Creator, He creatively speaks through His Word, creation, circumstances, dreams, symbols, and signs and wonders, just to name a few. While science can be utilized to reveal and understand God and His order in the universe, instead scientists have used science to diminish God. Discussing unbelievers and those who suppress the truth, the apostle Paul writes in Romans 1:20:


That is which is known about God is evident within them; for God made it evident to them. For since the creation of the world His invisible attributes, His eternal power and divine nature, have been clearly seen, being understood through what has been made, so that they are without excuse.


The same filters that hinder communication between each other also prevent us from hearing from God as well. Unbelief, personal agendas, emotional pain, assumptions, resentment, and simply a lack of communication (prayer) can prevent true understanding and knowledge of the truth.


There are three components of communication. The first component is content which is what is being said. The content of our communication is often what we emphasize and focus on. The reality is, however, that content is only 7% of communication. In today’s world of electronic devices and internet, the only thing that is communicated is content. And while we are the most "connected" generation ever in human history, we still have problems understanding each other. Electronic grammar, spelling, etc., often impede what is being said. For example, we have texting, blogging, tweeting, hangouts, emails, Facebook, and LinkedIn, yet we are frustrated with lack of understanding we feel from one another. I believe it is because we focus on just content of communication – only 7% of what is being conveyed.


The second component of communication is tone of voice which is how it is being said. Inflection, volume, and pitch are aspects of tone of voice. Tone of voice is 38% of communication. When someone is speaking too softly, what can be communicated is that they are afraid; too shy; not confident; apathetic, soft-spoken, or fatigued just to name a few. How we say something conveys a meaning that often will impact the content meaning, which can frustrate the "transmitter" who may feel misunderstood. It can also frustrate the receiver, because they did not understand the transmitter. On the other hand, if someone is yelling, the content may be ignored and the feeling of being hurt, demeaned, or overwhelmed often drowns out the content. We focus on how we felt over what we heard because of tone of voice. 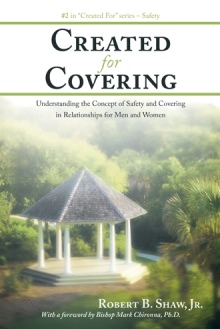 One of the more frustrating experiences we can have is the feeling of being misunderstood. All relationships require levels of understanding for them to be fulfilling and satisfying. All relationships require communication. We all communicate. However, we are not all understood – at least not as often as we would like. Fast moving life-styles, constant exposure to media, changes occurring at break-neck speeds all seem to leave the ability to watch, look, and listen to each other more challenging than ever before. We are overly distracted, self-oriented, cynical, and desensitized. We have learned to tune each other out. Having a great deal of knowledge does not always translate into the ability to truly understand. If we would spend the time and slow down the process, we would have a better chance of developing understanding and wisdom.


We are ensnared in our ability to understand by a web of the modern fast moving lifestyle. As a result, our unconscious response to relationship building is, “Who has time for that?” As a seasoned minister and counselor, who is rooted in a deep spiritual foundation, Dr. Shaw offers this book as a beacon of hope for behavioral change. I invite you to delve deeper into this timely, provocative treatise to find out why we all aim to be, and need to be, understood.


Dr. Shaw has authored a significant contribution to the field of interpersonal relationships. Masterfully weaving profound Biblical truths together with deep psychological insights, he creates a beautiful mosaic of relational learning, healing and growth. This outstanding book leads the reader into a powerful process of personal discipleship and practical development in their relationship with God, themselves and others.

Christian counselor Dr. Robert B. Shaw Jr. is a licensed professional counselor, dually licensed in Virginia and North Carolina, and a National Board Certified Counselor. He is also an ordained minister and Bible teacher, who has served as a youth pastor, Christian education director, adult education director, musician, and executive pastor in churches in New Jersey, Colorado, Maryland, and currently in North Carolina, for over twenty-five years. He has also been a middle school and high school teacher and athletic coach in both the public and private school environments. Dr. Shaw has spent several years counseling in church settings and community agencies and counseling military personnel and their families near Ft. Bragg, North Carolina. He specializes in trauma related issues; addictions; and victims of abuse, depression, anxiety disorders, life adjustment issues, loss, and grief, counseling church leaders and pastors, adolescents, and adults. Dr. Shaw’s is a unique prophetic voice in the kingdom caring for hurting people, and he serves as an adjunct professor for Liberty University, an author, and a conference speaker. Dr. Shaw has a Bachelor’s degree in religious studies from Wagner College, New York and a Master of Divinity degree from Christian International Theological School, Florida. He also has a Master of Arts in professional counseling from Liberty University, Virginia and a Doctor of Ministry degree in Formational Counseling, a practical theology, from Ashland Theological Seminary, Ohio. He is a member of the American Association of Christian Counseling, and serves the AACC as credentialing board director and in professional development. Dr. Shaw conducts seminars and teaches practical applications of biblical truths for everyday life. He and his wife, Lorinda, have been married since 1978, and they have raised five children together. He loves running, sports, the beach, and spending time with family.