All the King's Orphans 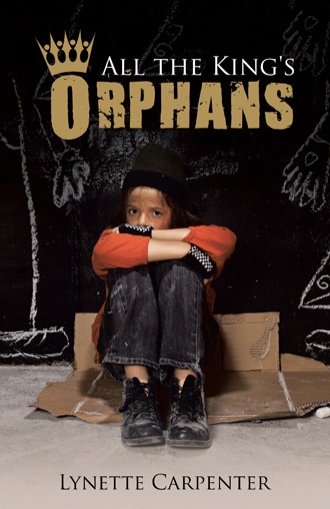 I was born with red hair. This, accompanied by my abundance of freckles, set me apart from my brown haired, freckle-free siblings… and, it gave my brother all the material he needed to convince me that I didn’t belong.

“You’re adopted. That’s why you have red hair. Mom and Dad found you on the doorstep.”

He was teasing, of course. Just fulfilling his brotherly role of messing with his little sister. But what he told me made sense.

I was different! The more I thought about it, the more his words solidified in my mind pointing out all the differences between myself and the rest of my family – even conjuring up some differences he had not yet identified.

I was the only red head.

Besides that – he and I are less than a year apart in age. No humans with any kind of common sense would willingly choose to have two children so close in age.

The doorstep story seemed like a stretch, but it did leave lingering question in my mind. Did I belong?

I wasn’t very old before I learned that my situation was not that unique. There are many siblings who have parents as crazy as mine – parents who ended up with two babies in less than a year.

And yes, I was the lone redhead in the family, but that fact alone didn’t determine my bloodline. Not knowing my thought process, my grandma once pointed out that my nose was just like hers – “flat and pudgy”. Um… thanks. Ok… I guess I fit in after all.

My questions as a child are a reflection of the thoughts of many people in the world today.

Why am I different?

How did I get here?

I have many friends who are adopted and their stories inspire me. Though some struggle with those questions of identity, they have a distinction that I, and the rest of us living with our biological families do not possess – they were chosen.

That is the beauty of adoption. When a man and a woman, of their own free will, make the life-changing decision to give a child a family.

Recently, some friends of ours went halfway around the world. They had a mission. They planned, saved, prayed, cried and rejoiced when they got the news. Far away, in another country, in a city most knew nothing about, was a tiny orphanage with one special little girl.

Out of all the children there, they chose her.

This child was abandoned and had been living in an orphanage since she was a baby. Her birth family was unknown and even her age was debatable.

In spite of the fact that she carried a disease, didn’t speak a word of English and had nothing to offer them, Jon and Carissa still wanted her. They claimed her as their own, gave her a name and a place to call home.

That day, a little girl we’d never met became co-heirs with a houseful of siblings and she now enjoys equal rights to all her parents have to offer.

Now consider this - I’ve known Jon and Carissa far longer than this sweet child from Uganda has. I knew them before they were married. I knew them before they had kids. I listened to them speak of their hopes and dreams to one day adopt… I have been to their house – even watched as they built it. In spite of how much I know about my friends, it doesn’t make me their daughter, therefore, I do not have the same rights this one little girl from the other side of the world now enjoys.

In their home, Eva’s rights exceed mine.

She can wander freely throughout their home, dig in the pantry, open the refrigerator, and help herself to the good things her mommy and daddy have for her… something you and I would not have the right to do in their home.

Eva’s adoption is an illustration of what we as God’s children experience when He takes us into His kingdom. Millions of people claim to know God… and many know a lot about Him – but just knowing about Him doesn’t make you His child. To become His own, we must go through the process of being adopted into His family. 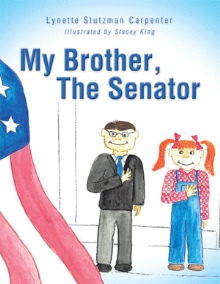 “When I was asked to edit All the King's Orphans, I was honored, as I always am to do this work. Little did I know so much of the book would apply to me! Along the way, I started reading for what I could glean from the expansive knowledge contained in these pages. It explained so much about myself and why I do some of the things I do.

This is one of those books whose pages will be underlined, highlighted, dog-eared, and coffee stained. If you do not find yourself in these pages, then you will learn how to love others who operate from an orphan frame of mind. So thankful for this book and Lynette's courage to write it.” —Sheila Harper, author of Survivor: A Journey Through Abortion and Back; founder and president of SaveOne

How did I get in this situation?

What is my purpose?

These are the questions that plague many followers of Jesus. Though adopted into His kingdom, millions still carry the spirit of an orphan—unwilling or unable to see themselves as true sons and daughters of the King of Kings.

The orphan spirit manifests itself in various ways, but our Abba invites us to live free of care in the security of knowing who we are in Him.

Lynette Carpenter and her husband, Tim, are raising their four children, Tyler, Amy, Corey, and Kobe, on their family farm in southern Michigan.

On the weekends, Lynette and Tim lead the youth group at their church where Tim is a pastor. When she has a moment, Lynette enjoys blogging about the One she is most passionate about and how Jesus is teaching her day by day to walk on water.

You can find her blog at www.lynettecarpenter.com