Finding My Stories in the Stories of Christmas and Easter 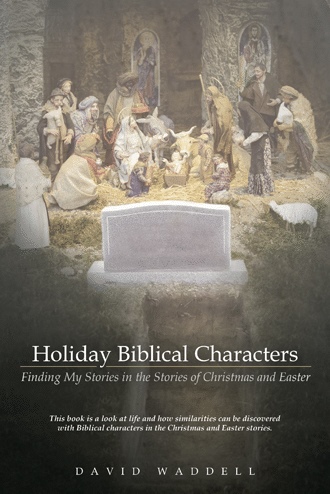 My father was a unique gift giver. He didn’t just want to wrap it up and present it to you; he wanted to trick you into thinking you were getting something else. In the same way a chef will talk of the presentation of food on the plate having meaning, Dad would describe how a gift should be put together and wrapped. He always wanted to keep an element of surprise to the gift. He’d wrap up a certificate in an old book, making us think we were getting a book for Christmas. He might hide the present elsewhere in the house and leave clues for us to seek out our gift. He would use pennies, loose screws, and other items to change the noise the gift would make when shaken. My brothers and I were notorious at shaking presents to try to guess what was inside the wrapping paper. I’ve learned a great deal from my dad, the master of gift-giving, as have my sons when it comes to creative giving.

One particular year Mom had been dropping hints all over the place about needing a new watch. I realize, as men, we are clueless for the most part, but Mom was being so obvious about it that there was no way Dad wouldn’t get the clue. His three sons were miniature versions of clueless males, and we were catching the subtle hints. We would ask her the time and she would tell us emphatically that she didn’t know because she wasn’t wearing a watch. She would get us home from church and declare she didn’t know how late it was without a watch to wear. The hints and clues were flying all over the place, but somehow Dad never bit on any hints or helps given by his wife.

We would catch Mom looking over the wrapped packages, hoping to find the one that would be in a jewelry-box-sized container. Nothing ever appeared in that description. Finally Dad put his gift for Mom under the tree in a huge box that would normally be used to hold things like shirts or towels. She would shake it to see if it might sound like a wristwatch moving around in the oversize box. The only sound it made was like a bunch of cloth moving from one side of the box to the other. We would sense disappointment in Mom’s voice until she could create a new way to communicate another clue for the apparently clueless old man.

Finally, Christmas morning arrived. Mom looked in her stocking with the hopes of finding the box. When it wasn’t there, she sat with the rest of us as presents were divided up among us. I could sense she was hoping that Dad had pulled one of his normal tricks and put the small watch in the big clothing box. She opened all of her other presents before opening the one from her husband. Dad did not share what he had gotten got Mom with my brothers or me. I had been known to let the information slip from time to time, and he wasn’t going to take a risk with this gift. We all sat in anticipation as Mom finally grabbed the large box Dad had for her.

When she opened the package, she found a very nice bathrobe folded up inside the box. She was classy enough to not show disappointment. Fighting back tears, she spoke of how she needed a new bathrobe and thanked my Dad for the gift. He remained quiet and just nodded, encouraging her to try it on.

She stood up and donned the robe. She put her arms into the sleeves and pulled the robe around her shoulders. She tied the attached belt so she could sense how it felt when completely put together. The robe was a perfect fit. Then she reached her hands into the side pockets to get a feel for the entire robe. There she felt something cool and smooth. She pulled it out of the robe pocket and there it was—the new watch she had hoped and hinted for.

We could see the joy on her face, and through the watering of her eyes we all could sense the joy of Christmas between the love Mom and Dad shared. What she thought was just a robe ended up being one of the greatest surprises Dad ever pulled off.

I think one of the frustrations at the time of Christ’s birth was similar to the feeling of receiving a robe when one wants a watch. You see, in anticipation of a king, most Jews expected the arrival of a man that would be able to take on the neighborhood bully from Rome. The Jews found themselves in an all-too-familiar situation where they had rejected God’s law and turned to their own ways. The nation at the time of Christ’s birth was under Roman rule. The Romans were similar to the Midianites and Philistines, former Jewish bullies, in the abuse of the people. It was not uncommon for a Jew to be beat up or raped in broad daylight. Nothing could be done, short of a revolution and removal of Rome from their country. The Jews had hinted and begged and pleaded with what seemed like a clueless God.

The Jews expected a king that would restore Israel to its worldwide prominence. The way they interpreted the Old Testament prophets indicated that such a king as David would assume the throne. In Jesus, they thought they had a king that would fit them perfectly.

They reached inside the pockets of their expectations and did not realize that in this baby, an heir of David, our eternal salvation is found. Little did they know that in the pocket of their idea of kingship was the “watch” that would reset time for all of us. You see, God loved us too much to let us define what His gift would be. We sought an insurrection, and He gave us a resurrection! He wanted to surprise us beyond our own expectations.

I find humor in the fact that a popular movie, The Robe, was released in 1953. The movie was a story of a Roman that won the tunic of Christ in a dice game. The “robe” eventually led to the conversion to Christianity of the main character. His confession of Christ led to Rome giving him the death sentence. My dad’s gift of a robe was not the first one to surprise someone with hidden joy!

Wait! What is that I feel in the pocket? 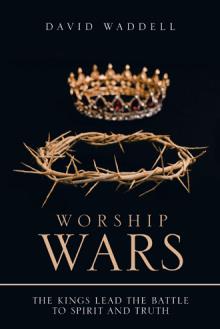 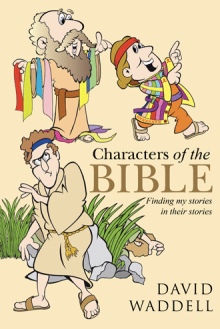 As we read the stories of the birth, death, and resurrection of Jesus it’s easy to believe we are removed from the stories and observe the events from afar.

In Holiday Biblical Characters: Finding My Stories in the Stories of Christmas and Easter David Waddell, author of Characters of the Bible: Finding My Stories in Their Stories, once again correlates stories from his life and finds similarity with the characters in the stories of the Bible.  He finds himself offering gifts to the Christ child and later denying that he even knows Him.

In Holiday Biblical Characters: Finding My Stories in the Stories of Christmas and Easter, we can find comfort in knowing that while we are just like Biblical people, we too can know the grace God offers to all.

David Waddell now teaches at the University of Mississippi, following a long career in ministry leadership. Through his experiences, he bears witness to the amazing grace God has for everyone. His first book, Characters of the Bible: Finding My Stories in Their Stories was released in February, 2015.  He enjoys time with friends and family, including his ten grandchildren.