A Path to Restoration 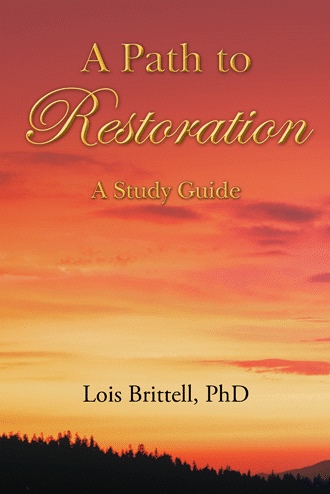 A major cause of anxiety is the loss of security or fearing the loss of security. The anxiety can result from feelings of abandonment, abuse, lack of love, rejection, overt hatred, or severe trauma. Any of these experiences can precipitate intense anxiety. It’s All about Him describes the physical loss of support in infants as the “startle response” (Brittell 2014, 93). In adult years, loss of emotional support often expresses itself in the soul (psyche, emotions) as feelings of anxiety or depression and may also feel emotionally startling. Given the chaos in relationships caused by adultery, divorce, abuse, rape, drug abuse, and other tearing disruptions, it is no wonder there is a high level of anxiety and depression in the culture. Other causes include learned behavior or sin, either personal sin or someone else’s sin against you. Certain medications or physical disorders can also cause anxiety.

Anxiety relies largely on emotional memory. Remembering something from the past or anticipating something in the future can trigger strong emotional responses. I can bring some circumstance into my awareness and then start ruminating about it. “What if … If only … I wish I had …” The passage most likely to prevent this is found in the modeling of Paul, where he says we are to take every thought captive (2 Corinthians 10:5).

How good are you at taking your thoughts captive? Do you think it is something only others can do? Remember the command to be transformed by the renewing of your mind is a universal command for the born-again (Romans 12:2).

Fear can elicit many of the same feelings as anxiety, but there is an objective reason for the fear, usually the presence of danger. The distinction between anxiety and fear is the difference between something that is not real in the present moment—something imaginary, a future anticipation, or a memory—and something dangerous that is both very real and an imminent threat. A shadow is a good example of something that can cause anxiety. A shadow cannot cause any real harm. The person or object creating the shadow may be able to cause you great harm, but the shadow itself cannot accomplish anything real. It is only representative of something that is real.

A shadow is similar to a memory: the event that caused the memory may have been very real and painful, but the memory itself is not dangerous unless you allow it to take control of your thought processes. It is only an activity of your mind over which you can take control. There is nothing in the cause for anxiety—whether memory, shadow, or anticipation—that is creating any real harm in the moment.

If you have questions about your anxiety, your depression, your identity, your faith, your sin and whether or not forgiveness, restoration and psychological/spiritual healing are possible, this book is for you. Having worked through these questions and having found answers to them in the combination of Christianity and psychology, Dr. Brittell offers a very personal view of the topics.

She has used many scripture references to back up her positions and has given space to record your own responses. The first half of the book emphasizes the almightiness of God and what he asks of us in relationship to him. The second half of the book is focused primarily on the psychological aspects of one’s relationship to God. Reading this book will give the reader both spiritual and psychological insights into how to develop a healthy relationship with oneself as well as with God.

Dr. Brittell is a retired licensed psychologist who practiced for 30 years. She specialized in treating anxiety, depression and marital problems. Her emphasis was on the integration of the spiritual (Christian) with the psychological (clinical) in treating the soul (psyche). Her doctoral degree from Biola University was based on the integration of both aspects of the person: the spiritual and the psychological. Dr. Brittell continues to enjoy consulting, teaching and writing. She lives in the central San Joaquin Valley of California.