An Original Copyright: Author of Christ

Exposing the Blueprints of the Enemy and his strategies 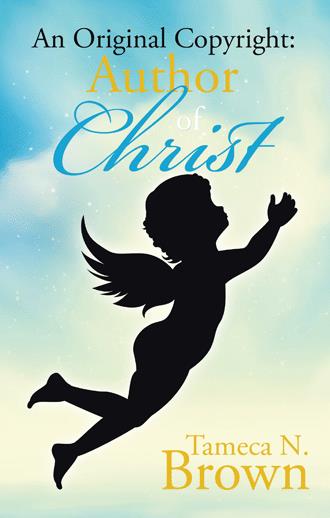 John 12:35 “Then Jesus said unto them, yet a little while is the light with you. Walk while ye have the light, lest darkness come upon you: for he that walketh in darkness knoweth not whither he goeth.” Also, read the following scriptures in the New Testament: Matthew 5:15, Matthew 6:22, Ephesians 5:13. Then The Word of God says that we are the temple of the Living God, therefore, we now are representatives of THE TRUE LIGHT, having Christ Live within us. Therefore, when Satan tries to disguise himself as an ‘angel of light’, he is without form of flesh and still holds the form of an angel except that he’s the picayune (lesser value) of a Beast in nature. In order to disguise himself as anything, he has to take on a form of something real; therefore, he imitates man by depicting himself in a form of man. This man then has the qualities of idealness to relate to possibility or illusion to covert this image; this image than seduces to idea of idolatry, knowing that the Lord hates idols, yet it’s illusionary to man as they see only a depicted form of what they think they need or have to have, which is usually on a “man” or for lack of a better word “human” – let’s try to keep up with the Jones not realizing that the Jones struggle has been hidden from the sight of reality.

Have you ever been in love? How did it feel when you fell in love? I want to take you on a short roller coaster. Imagine yourself at the table with Jesus at the last supper. Jesus is having a conversation with his disciples and all of a sudden Satan enters the room. Jesus says to his disciples, one of you are going to betray me and they begin speaking and asking one another…what is he talking about? The two disciples closest to him reaches over and says Lord is it I? The innocence of a child’s embrace as he hears their voice ask if they would be the ones to have him killed. The embrace of love begins again for the Lord as he looks at them and tells them no; then he mentions to them the one that dips their bread (simultaneously) in with me is going to betray me. Judas dips his bread simultaneously with GOD as equal (to be considered as equal to the timing and communication of the Father who KNOWS ALL THINGS) and Jesus simultaneously reminds Satan that HE STILL KNOWS ALL THINGS and says to Judas “why has Satan filled your heart”. Imagine time stopping at that moment as their bread touches in the dip and Man versus Son of Man begins and Jesus pausing life simultaneously for errors to be made in HIS place at that very moment he looks into Judas’s eyes. Judas’ love for Christ is being drawn as one that followed him? (sarcastic measure of questioning) and one who worked side by side (administratively) and he (as man) has no idea that his mind and heart has been compromised as (in liken to) the son of perdition because the HOUR is DARK. Just a reminder – Satan is the son of perdition and the one at work; he is the only one made by the hands of GOD cast down from heaven to dwell as man or likened to man but he’s a fallen Angel. Satan still thinks that he will get his place back in Heaven. So Jesus see’s Satan in Judas’s eyes and says now I WILL go through hell (literally) to pull out the Judas with the children of Israel. The one thing that was forbidden is the resurrection of the dead; this Jesus did for a friend (Lazareth) and now the prophets who spoke GOD’s message is being put to the test. The poor man in the bosom of Abraham and the chasm/gulf (fixed) that represent the bridge between the place in hell; and the place in heaven is being questioned? And the special place of what is dear to God’s heart is being question? Will he allow one of his disciples to go to that dreadful place in hell? Now the word states if I make my bed in Hell…you will be with me but this Chasm separated those that were of Satan and kept in a bondage by Satan and those who sacrificed their lives to follow Abraham. Yet it wasn’t paradise. So on the Cross, Jesus marks time and says to the criminal that confessed asking him to remember him, Jesus calls a NEW place that had yet been written in the laws of Moses and the Prophets and tells him that TODAY, you will be with me in PARADISE. Are you in LOVE? Have you ever fell in LOVE? How did it feel when you fell in LOVE? Did Jesus still consider Judas? Jesus loves the children of Israel and He loves HIS disciples to. The first follow of His voice was through Abram; the second follow of GOD’s voice is in JESUS and now the SON of GOD is betrayed BY GOD???? Father why have you forsaken me?? Abraham was willing to sacrifice his only son; and God resolved the will of man’s Love to be equated as equal to God’s LOVE by causing man to kill him IN Earth where the son of Perdition (God’s Best Angel) has been sent to roam, yet in Heaven Satan can’t kill? For it is LIFE and Life Eternally, and now GOD names a new place and He called it PARADISE – a place where God Will Dwell with man WHILE on earth (Emanuel-God with us) and Simultaneously while in Heaven (Abraham’s seed) and even redeem them us (Gentiles) from the grips IN hell by Satan the actual SON of Perdition.

every place that I touch in the realm of the spirit in my body becomes one...in the anatomy of the Spirit – wholeness with Christ.

The Spiritual voice is one that gives new ideas and a creative insight to everyday life. This book will highlight the peaks of life that causes everyone to seek their inner voice and define what God is saying about their lives.

Because of the testimony of my life and of Christ, I believe readers would enoy the life of one who followed Christ from the stand point of a Christian writer, unique characters and the Apostles who wrote the Books of the Bible.