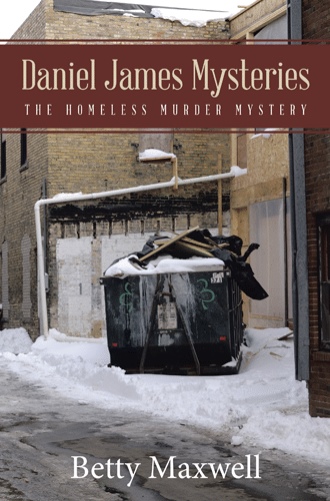 Dex stood watching as the handsome young man walked down the street. He had often wondered why Daniel was always alone. He surely had the looks women went for with his 6’ stature and that jet black hair, dark complexion and those blue eyes. Dex had never seen eyes quite as blue as Daniels. Dex shook his head as he turned and headed towards the kitchen with the dirty dishes. “Just doesn’t make sense why some woman hasn’t latched on to that young man. They just don’t come any nicer than him,” Dex thought to himself.

As Daniel entered the station he could tell that something was up. Most of the Officers had made it in to work on time and something had them moving fast. He went quickly up the stairs to his office where the Captain was just picking up the phone to call him.

“Where have you been? I was just about to call you. We have a dead body over on Grant Street,” Captain Summers said excitedly.

“I just stepped out for a quick bite to eat. I worked Jeff’s shift last night because of the weather. I assume the ME is on the way over there so I had best get going,” Daniel said as he turned and went back through the door. He hurried to his SUV that was in the parking garage and headed for Grant Street. It only took a few minutes for him to get there as the Road Department had cleared all of the streets in between. Sure enough, Madison was already on the scene. She wasn’t quite what you would expect a ME to be but she was excellent at her job. Madison Larkin stood just 5’4” tall but she commanded respect from everyone and everyone loved her. She had long black hair that she usually wore in a ponytail and large brown eyes with a creamy chocolate brown complexion. She had come to Devanville about the same time as he had and they had a good working relationship which was all that mattered to Daniel.

“Hi Madison, what do we have here?” Daniel queried.

“An elderly man with no identification. It looks like a stab wound to the right kidney but I’ll know more when I get him back to the morgue,” Madison said in a matter of fact way. “Who in the world would want to do such a thing to a poor old man like this? He doesn’t seem like he would have been able to defend himself even if he saw what was coming. I estimate his age at about 75 years. Maybe we can get an ID from fingerprints.”

“Let me know when you have something. I’m going to poke around here for a while and see what I can find. It appears that the victim was living in that cardboard box beside the trash bin. Maybe there is something in it that will be helpful,” Daniel said as he started his methodical survey of the area. He knew that the Crime Scene Unit would go over every inch even with the snow but he always liked to do his own investigation.

It didn’t take long before everyone was gone and Daniel had the quiet he needed to fully survey the area. It wouldn’t be easy in the snow as any footprints were already starting to melt. As he approached one of the trash bins in the alley he noticed a half smoked cigarette that seemed out of place. If it were here before the murder it should have been beneath the snow. He quickly bagged it to take to the lab. Other than that he could not find a trace of where anyone else had been in the alley. Just past the last trash bin was a cardboard box that seemed to be where the elderly man had been staying. He collected everything that was hidden beneath the dirty rags used as a bed and returned to the station. After he dropped everything off at the lab he went back down the stairs to his office. The Captain was waiting for him when he entered the office.

“Did you find anything that could identify who the victim was?” he asked.

“Not a thing. I found where he had been living and took everything to the lab. Maybe they can come up with something,” Daniel replied. “I can’t help but wonder why he wasn’t staying at that shelter I keep hearing so much about.”

“Maybe they didn’t have enough room for everyone. There are a lot of homeless in this town,” Captain Summers said. “Why don’t you just go around there and see if he was one of theirs or if they can tell you anything about him. I had just put a picture of him on your desk as you were coming through the door.”

“Sure, I have been meaning to check the place out anyway,” Daniel said as he quickly picked up the picture and headed for the door. “I’ll let you know what I find out.” 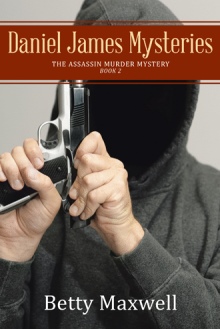 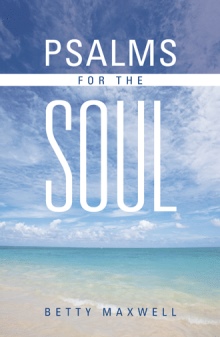 Psalms for the Soul
Betty Maxwell
$11.95

Daniel was third generation law enforcement and proud of it. In the five years Daniel had been in Devanville, there had been very few major crimes. But something told him things were about to change. He hated to leave his parents, but he didn’t miss the city where he was raised. He much preferred the small-town way of life anytime. As he sensed, it didn’t take long for the change to come about as the body of a homeless man was found in the snow just blocks from the Shelter of Good Hope. Who was this poor homeless person? Why would anyone want to murder such a pitiful old man who possessed nothing worth killing him for? Daniel had more questions than answers, and as he searched for the murderer who was killing the homeless of Devanville, he learned there were more surprises in store.

Betty Maxwell is a homemaker who resides in Upper East Tennessee with her husband and their many rescued pets. She has been publishing a monthly Christian newsletter called The Scepter since 2002, which she places in local medical centers. She has also published a collection of poems, Psalms for the Soul. She is currently working on the second volume of the Daniel James Mystery Series, The Assassin Murder Mystery. She considers it truly a gift from God to be able to write.