The Art of drawing Closer to God 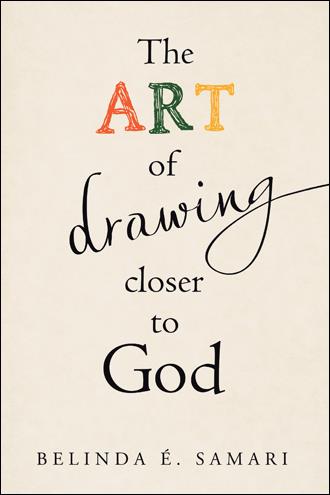 “…[God], I get all muddled up… You seem to get lost (I lose You) in the noise and hubbub of the mundane and repetitive actions we call life and I lose my grip. My stability wavers, my confidence wanes and my solid foundation feels like it’s dissolving beneath my very two feet. Stunned, I stand, paralysed, helpless and watch it all crumble to the ground. I wonder how I could ever find You again in such a mess. I know You’re there. You’re waiting for me to find You… I want to find You. More than anything else. I want to learn and relearn how to find You, and keep close to You, even when the noise levels rise and the world around me begins to spin. Reach out Your hand and I’ll reach mine out, and they’ll meet…”

Suddenly it hits you like a ton of bricks. You are told you have been let go and in a strange way your last day at work seems like the last day of your life… Your home and that for which you have worked for years is swept away one night in a flood… You discover your child is a drug addict and wonder how this happened to your family… Your marriage is falling apart and you cannot seem to stop the tower from toppling over… Your best friend eventually loses a long and painful battle with cancer… Sound familiar?

Whatever the scenario, of which I have named only a few, when we find ourselves in situations like these the experience is similar for us all: shock, fear, unspeakable pain, confusion, loneliness, helplessness, sadness, loss… A million questions poking and prodding: how did this happen? Why did it happen? Where did it all go wrong? What do I do now? Where do I go from here?

In an instant your whole world seems different, it is as though a game is being played and suddenly the referee blows the whistle and announces the rules have changed. ‘But I don’t know these rules’, you might say, ‘I have never played by them before. How do I learn them and what are they anyway?’ Yet it seems that with another whistle blow the game resumes and everything continues on as usual, leaving you stunned and confused, wondering how you will find your footing in this new game you find yourself in…

That was me, through and through, as seen in that excerpt from my journal you just read. I was so thrown by the whistle blowing, the new rules and the chaos of it all, I did not know up from down. Part of me was running on the field like madwoman trying to keep up and catch on, and the other part of me just stood there, feet glued to the ground.

Where I start my story finds me deeply confused, my entire world had been smashed to bits and I did not know how to rebuild it. I lacked the tools, the knowledge of where to even begin. Even though it had been some time since that ‘blow of the whistle’, I was still struggling to find my footing and I desperately needed God. Sure, I had looked for Him before and had longed for Him to change my life. I prayed, I reflected on Bible passages, I tried to listen for His voice, I did everything I knew in order to connect more deeply with Him. And I cannot say I had never heard Him speak to me up until that point, but it had been faint, sporadic and I longed for something more obvious and concrete. I knew God was close, I knew He had not left me alone but so many times it seemed that He was distant and I was stuck in a haze of thoughts, longings and questions. Nothing seemed to be happening and I was getting discouraged. I wanted to hear Him, loud and clear. I needed Him to break through the confusion and darkness that surrounded me.

Against the backdrop of this mess I embarked on a journey. Not long after having bought a ticket from London to Sharm El Sheikh, I found myself on the Sinai Peninsula in Egypt and the moment was coming close - the moment when I was to begin climbing Mt. Sinai. This was not a tourist trip, this was not just a climb. This was for a need, my need of God, of His closeness and of His revelation to me. The Israelites had been there long before I had and had heard God speak. They had seen Him in the cloud and they had heard His voice in the thunder. They had received His words for them, words to live by, to follow, to help and to nourish, words of eternal value. What they did with those words is not the issue here. The fact remains: God had spoken and things had changed. A bond had been formed and sealed, a covenant, a sacred pledge to faithfulness had been reiterated in writing. Centuries later, here I was, waiting for my own experience, for my own thundercloud and my own tablet of stone. I wanted God to so clearly and obviously reveal Himself to me, that I would never have doubts about whether or not He had. All those previous times I had sensed Him were subtle and quiet and I was not complaining. But at this point I needed loud and thunderous, I needed the unmistakable presence of the Almighty Himself. I longed for a Saviour and guidance that would make it clear what was best for me. I wanted to walk in those words, in that truth and for it to make a difference. I believed that in order for this to happen, an encounter was necessary – I needed to show up just as much as He did. I was ready to give everything of myself to make this possible; I trusted He would do the same. So with this in my heart, in the very depths of my soul, I ventured off onto this rugged mountain, into rough terrain, and sought to find God. But not just find Him – experience Him.

“In a work that is both imaginative and ambitious, Belinda exploits very well the spiritual potential of the Old Testament. Her specialist knowledge of Hebrew and psychology combine well in ways that are accessible to the lay person, showcasing the potential of approaching Scripture this way. Belinda’s explanation of the difference between Hebrew and Greek thinking, and its relationship to left and right hemisphere thinking not only sheds light on individual biblical texts but also creates an exciting environment for spiritual growth.”
—Dr Laurence Turner,
Professor Emeritus of Old Testament Theology

Belinda É. Samari is a psychologist, philosopher, and historian of ideas. In this book she draws on her knowledge across diverse fields including psychology, art therapy, Hebrew and Jewish studies, as well as Ancient Greek philosophy, to provide readers with a unique approach to experiencing the Bible. Belinda speaks five languages and is an international lecturer and workshop facilitator on the intersection of psychology, creativity, and spirituality. She is also an accomplished musician and has produced two albums (most recently Hope for a Tree). Her other published books include Grains of Wisdom: A Collection of Illustrated Proverbs, and Once Upon a Time... Black & White: Photography as a Springboard into Creative Writing. Belinda loves dark chocolate, swimming underwater, and laughing till her stomach hurts. She lives between the South of France and London. For more information visit www.belindaes.com.