Releasing the Flow of God's Mercy and Grace 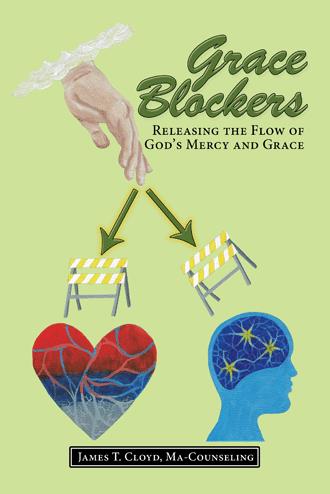 Your salvation, my salvation, in fact, everybody's salvation is based on one simple factor: trust. Most would expect to see the word faith here, as in Ephesians 2:9. Are trust and faith synonyms for the same idea or action? Truthfully, and for the most part, they well may be. But, I choose to use the word 'trust' because it is the clearest expression in the modern-day English language of what breaks down to block the flow of redeeming grace to our sinful minds, disobedient hearts, and blackened souls. Faith is a gift we receive from God that enables us to respond to His offer of grace and become released from our bondage to sin. Without that gift, not one of us could be saved from Satan's clutches. “Now without faith, it is impossible to please God, for the one who draws near to Him must believe that He exists and rewards those who seek Him;” --Hebrews 11:16, HCSB. (Bold face letters mine). If faith is a gift from God, it is not able to break down. If there is going to be a failure involving the gift of faith and the activation of saving grace, that failure has to be caused by something on the human side of the equation. Trust is the human act of taking hold of God's gift of faith; and trust is the mechanism that can misfire, creating a grace-blockage. There is a story I heard a long time ago. It's a mixture of humor and a whole lot of truth. Many readers will recall hearing of individuals who have attempted to walk across Niagara Falls on a tightrope. While not exactly my cup of tea, the story is told of a French tightrope walker named Charles Blondin, who walked across the falls on a tightrope while blindfolded. Blondin was pushing an empty wheelbarrow in front of him at the time. There was a huge crowd of spectators gathered at either end of the steel cable that spanned one of the greatest waterfalls on earth. They had apparently heard of this man's attempt and wanted to witness history in the making (or not). At the appointed time, the man appeared on the American side of the madly rushing, misty falls. The crowd cheered him on as he prepared to perform his stunt for them. Once he got the wheelbarrow on to the cable, was blindfolded by an assistant, and began to take a step or two, a deafening hush fell upon the spectators. Occasionally, he would appear to lose his balance, and the crowd would let out a worried moan. Then he would regain his footing and continue his crossing, pushing the wheelbarrow ahead of him. Those assembled on both sides of the falls, American and Canadian, lofted a huge cheer into the air as the performer reached the Canadian side. Their thrill was not over yet, however. The man then turned around, put the wheelbarrow back on the cable in front of him, replaced his blindfold, and began to cross back to the American side where he had started. He was once again successful and received the adoration of his audience on both sides. Then, unexpectedly, he set the wheelbarrow down and approached a young man in the crowd. “Tell me, young fellow. Do you believe that I can walk across those falls blindfolded on that cable to the Canadian side while pushing that wheelbarrow in front of me,” the high-wire walker queried? “Yes, I certainly do,” answered the spectator. “You are tremendous! I've never seen anything like this before!” “So, you feel quite certain that I can do this again,” responded the performer. “Yes! I'm sure of it. I told you, you're the greatest high-wire walker I have ever seen,” the young observer enthusiastically replied. With a bit of a sheepish grin on his face, the circus-like entertainer looked the young man straight in the eye and said: “So, you have no doubt in your mind whatsoever that I can walk across that waterfall on that steel cable while blindfolded and pushing that wheelbarrow in front of me?” “I have no doubt at all. I just saw you do it twice. Of course you can do it! I would bet my life on it,” the unsuspecting youthful onlooker exclaimed! The grin left the wire-walker's face, and he looked at the young man with a very serious expression and said, “Then get in the barrow.” How much trust did that young fellow have in what he saw and in what he was saying? It's easy to mouth the words, but would he have really bet his life on that performer being able to transport him safely to the other side? While the story is essentially true, some details have been altered over the years since the feat occurred in 1859. I hope you caught the point of the story. Belief is not the same as trust. It’s a colloquialism; nothing more than a figure of speech until it is acted upon. Jesus overall message puts it right out there, as plain to see as the nose on your face. ‘Do you trust me to get you safely over to the other side (heaven)? Then follow me!’ Overlay this thought onto what James, the brother of Jesus says in James 2:19. “You believe that there is one God. Good! Even the demons believe that—and shudder.” You can look at the life of Jesus, consider His miracles, comprehend his sayings and actions, and believe the things said about him. Many people with no particular connection or relationship with Jesus do. But, unless you put your whole life, the total weight of your faith, in him – the then, the now, and the ‘nows’ to come – you have not gotten in the barrow.

In Grace Blockers: Releasing the Flow of God’s Mercy and Grace, the reader will learn about what ‘Grace Blockers’ are, how they develop, and what needs to happen to successfully remove them and allow the reader to enjoy the journey to full Christian maturity and effective service in God’s Kingdom.
The reader will gain insights into such matters as:
Is there a spiritual heart separate and distinct from our internal blood pump?
What is ‘the mind,’ who controls it, and what does it have to do with our behaviors?
What is ‘prevenient grace,’ and how does it work?
Should Christians attempt to convert those who declare themselves as atheists? Agnostics?
What is ‘Faith-Based’ counseling, and does it differ from Christian counseling?
Can an unsaved person be helped through Faith-Based counseling?
What grace blockers stand between man and God, and interfere with his desire that all be saved?
What is the relationship between Christian maturity and the fruit of the Holy Spirit?
What grace blockers can prevent a believer from reaching their full potential in Christ?
And much, much more. Enjoy the read, and may the Holy Spirit of God make it a true blessing to you!

Rev. James Cloyd holds an MA in counselling from Liberty University and brings to the task of writing this book over 40 years of pastoral and counseling experience. Now retired, he resides in Fredericksburg, Virginia with his wife of 50 years, Deborah; and currently serves as a counselor, and online pastor at Salem Fields Community Church (Nazarene).