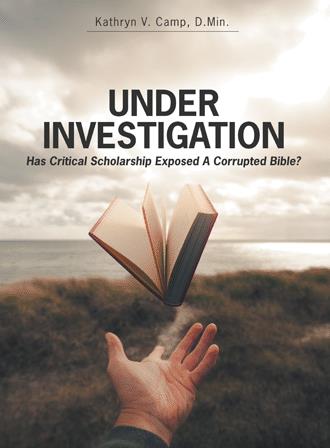 I have often been asked to explain, how certain preachers can come to the theological conclusion that the pressing cultural issues of our day should vaguely be addressed, if at all. Not to mention the fact that many churches choose to accommodate the cultural issues at hand while turning a blind eye to the logical consequences of their decisions to do so. There is no question that there is a human tendency to avoid controversial issues and just try to get along with everyone, especially in the Church. This is why when advocates for social change become incredibly powerful and pushy, through political pull, use of the media, as well as through the education system, the tendency in the Church is to begin to compromise the basic tenants of the Judeo-Christian faith to keep the peace. Unfortunately, that “peace” will come with its own set of consequences (Jerimiah 23:14, 16-22).

The consequence for compromising God’s Word is death (James 1:12-15). How can the religious leaders in the church be comfortable with compromise? Scripture is all too clear that when we see anyone or group of people living at odds with the God of the Bible, their blood will be on the hands of the individual or individuals who know God’s guidelines and do not speak up (Ezekiel 33). In a previous lesson, we briefly touched on the cultural shift in the West (during the 17th and 18th centuries) that began a trend that would eventually cause the majority of the world to distrust the Bible and question its authority over the lives of humanity. This is why we see churches all over America that proclaim a “Gospel-lite,” as opposed to the unamended Word of God. Unfortunately, many churches in the West strive to accommodate the culture by priding themselves on providing a feel-good atmosphere over a place where one will find absolute Truth. The twenty first century is witness to the end result of a culture that has rejected the Word of God as it is written for well over one hundred years.

Regular church attendance is less than 17 percent of the population on any given Sunday, and the number of unchurched has never been higher. We live in a time where speaking Truth is offensive no matter how gently and lovingly it is delivered. This paradigm shift all began with the seeds of doubt and suspicion. Suspicion eventually gave root to skepticism and critical analysis during the 19th and 20th centuries; the consequences of which we are living through in the twenty first century. A branch of literary criticism (which is the study of how a piece of literature was written and why) is known as form criticism; this is where we will begin our study this week in our quest to find out the accuracy of the writers of the New Testament.

Form criticism is one of the tools which was developed and used to establish the validity and the accuracy of the witnesses (writers) of the New Testament. This type of critical scholarship was spearheaded by three Germans in the early 1900’s. Their contributions became incredibly influential in academia which eventually trickled down through the churches and into society. The way an individual approaches an investigation will determine the outcome (this is termed, the nature of evidential inquiry). The men who developed this method for critiquing the writings of the New Testament, Karl Ludwig Schmidt, Martin Dibelius, and Rudolf Bultmann, approached their inquiries from the belief that the gospels were written by the Church leaders in an effort to preserve tradition to suit the needs of the culture, while interjecting their own theological bent.

This approach neglected to take into consideration that the eye witnesses were the actual authors of the writings which make up the New Testament. Their accusations basically attack the literary integrity of the New Testament’s record of the life of Jesus and the events surrounding his time on earth. These scholars believed that what we hold today in our Bibles represents a documentation that was relevant for the Church in its own historical context and nothing more. The question is; how did they come up with this evaluation? The answer lies in a tool used in form criticism known as redaction. You will probably never encounter this word for anything you will do (unless you are a politician or lawyer), but I need to address the basic premise from which these individuals were approaching their presuppositions in order to clarify why so many religious leaders of our day do not take the Bible as absolute authority.

Redaction suggests that a finished work came together as a result of several individuals who specifically selected, edited, and reworded the sources which they had in order to highlight a certain style and theological belief. This sort of critical scholarship presupposes that the writers of the gospels not only compiled a specific tradition, but purposely left out any material which did not fit in with their beliefs or agendas. The result of this way of looking at the Gospel material assumes that these writings from history can be studied and viewed merely as a set of techniques which were used in shaping the oral and written traditions of the day. Although the reasoning behind form criticism has since been successfully refuted and shown to be terribly flawed, much of New Testament academia continues to reflect this way of thinking. It is through academia that this and other outdated literary criticisms have filtered into society through seminaries and secular educational institutions alike.

For centuries now, the vast majority of the Christian population in the West has been locked into the mindset that believing in a Creator God is a matter of faith and emotions as opposed to clear and rational thought, and that faith should be kept in the private realm. Under Investigation aims at dispelling this oppressive way of thinking. This is a workbook that will arm Christians with scientific truths, written in plain language. Its goal is to target the integrity of the New Testament using scholarly, historical and literary scientific findings. Knowledge is power, and in the quest for absolute Truth, this workbook will guide the student to an educated understanding of both who the God depicted in the Bible truly is, and who He is not.

Since the age of nine Kathryn has been a truth seeker. After having a vision of both Jesus and the Antichrist she began to realize how important it is to know the difference. Jesus warns about the great deception to come in the last days (Matt. 24:22-24). Her ministry is centered around truly knowing God, and the reality that the only way to know God is through His written word. Kathryn gives an in depth step-by-step outline on the scholarship of literary criticism, with the intent to educate ministry and lay-leaders as to how this science validates the Bible. As a professor of apologetics and biblical studies, she understands that it is necessary to break down the various branches of historical and literary criticism in an effort to help others absorb the material. “Only when we truly absorb knowledge will we be able to defend what we believe and why.”