A Biblical Strategy for Strong Teamwork 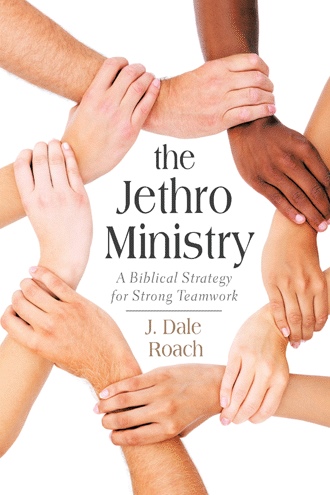 The Jethro Ministry journey began with a simple question, "How do you get church people to work together as a team?" This question was the result of several other questions. • Why are some congregations finding it difficult to grow and prosper? • Why are they not using the human resources that the Lord has created within their fellowships to become powerful for the Kingdom of God? • Why are so many pastors and church leaders in conflict with one another? Even though some churches would like to think that they are doing well, their character and behavior tells a different story to the world around them. Demonic forces never need to visit many fellowships because disharmony and conflict are already present. This behavior tells the unchurched and those who have dropped out of the church that there is a problem. An atmosphere like this hinders many people from thinking about going back to church. Several years ago I began to ask questions due to the condition of many Christian fellowships I had encountered. I saw many of my pastor friends resigning from their fellowships and several of them resigning from the ministry. I saw the behavior of congregations evolving into great issues of conflict that seemed to be fueled by disharmony and the appearance that they did not like worshipping together. Why do many of the churches of God decline and lose hope for a healthy future? For some churches there simply is not a plan or strategy in working together. As I have witnessed this taking place over the past two decades, I came across Exodus 18 and began to read it in a different way. I began to listen to the advice of Moses' farther-in-law, Jethro, in a new way. Exodus 18 opened my eyes to a strategy for ministry that I had ignored or overlooked for years. This scripture opened my heart to The Jethro Ministry, the plan of a very wise and godly man in creating an environment of teamwork for the people of God. Jethro’s strategy and plan for Moses is simple and easy to follow. Introducing The Jethro Ministry "That which has been is that which will be, and that which has been done is that which will be done. So, there is nothing new under the sun." Ecclesiastes 1:9 Since the time of Solomon, ideas and insights are probably the most recycled treasures that humans have. To claim that someone has a new idea carries with it a great deal of arrogance. The Jethro Ministry is not a new idea. For some, it may be a fresh approach to ministry but it is not new. The wisdom of Jethro is as old as the people of God. Too often older approaches are laid aside as being irrelevant for the age in which we live. Some congregations along with their leadership have ignored the knowledge of ancient wisdom for the concepts of a modern-age. Jethro's wisdom has been overlooked by many congregations and replaced by ideas and procedures that have neither the power nor the design of inspired scripture. Before being able to start a journey in understanding the advice of Jethro, it will first be necessary to read the advice he gave to Moses in Exodus 18.

Exhaustion and burnout are nothing new. It is not uncommon to hear of someone simply throwing in the towel and walking away from what looked like a good situation. Why does this happen? The answer to this question can be found in the advice that Jethro gave to Moses. Regardless of our role and responsibility as a leader, team member, and church member, the Creator never intended for any person to carry the load of life, work, or responsibilities by him- or herself. Jethro knew this.

One of the most interesting bits of advice that Jethro gave to Moses was when he told Moses, “If you continue to do this you will surely wear yourself and these people out” (Exodus 18:18). A major call of any good leader is to seek out the talents of those they are leading. This search for talent was the advice of Jethro to Moses.

When we seek out the skills of other people, it will not always be easy. It will call us to take the time to find those who have untapped abilities and put them to work. It will encourage us to pace ourselves as leaders and not become frustrated when it takes a little more time to find help. Here is the key principle of The Jethro Ministry: You cannot do it by yourself!