A Journey to the Heart of Pokot 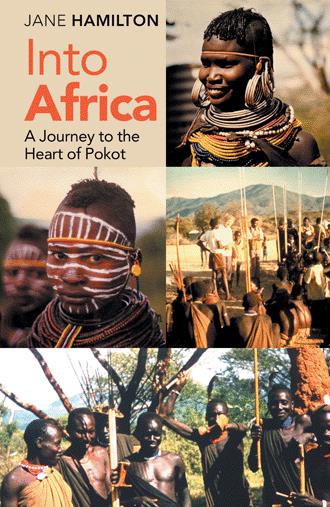 How could she have known, sitting behind that red-headed boy in a fifth-grade Oregon classroom, she’d follow him into the heart of Africa? It was a wild journey of faith, thrusting her into the Pokot people’s lives in a remote corner of Kenya. In Into Africa, author Jane Hamilton tells their story offering a look at the everyday life of a bush missionary.

For Dick and Jane Hamilton, entering the “culturally protected” area of Kara Pokot, Kenya, in 1974, is like falling through time. The warrior people, living a centuries-old lifestyle of cattle herding and tribal warfare, struggle for survival. The wells drilled by the British during colonial times are long broken. The strange white man begins to repair broken wells, opening the way into the Pokot community and a forty-year ministry with this tribe.

Years of tribal conflict, famines, and bush living pale to the challenge of a government suspicious of Americans living among the only tribe in Kenya that have refused to disarm. A shipment of well drilling equipment arrives at Mombasa Port; harmless pellet guns are mistaken for illegal arms. Missionaries are arrested for gun running, and an American well driller dies in police custody, bringing a million-dollar water project to the edge of failure. The ultimate survival of the Rift Valley Water Project brings water to thousands, enabling the establishment of schools, clinics, and churches. Into Africa chronicles that journey with spiritual truths woven into the stories of life in the African bush.

Jane Hamilton lived more than a decade among the Pokot tribal people of Kenya, assisting her husband in ministry and as project manager for World Vision sponsorship of village children. Returning to the states, she continued her work for children as executive director of Jackson County Children’s Advocacy Center, serving child abuse victims. Now retired, she and her husband live in rural Oregon.