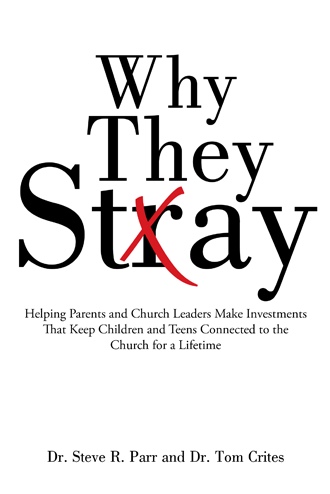 Milestone: An action or event marking a significant change or stage in development. I have had a few of those along my journey; my salvation, my first day of school, my first date, engagement to my future wife, our wedding day, my ordination, the birth of our children, and our 25th wedding anniversary just to name a few. Though I have never ranked the milestones, I would have to place my high school graduation near the top. I would not place it there because of its value so much as for the degree of excitement it generated. The graduation marked a transition that brought opportunities over the following ninety days including my first full-time summer job, my move away from my parents and family to be on my own, the beginning of my college studies, new relationships, and more freedom than I had ever known. I was six months shy of my eighteenth birthday when this took place.

My spiritual journey was progressing having placed my faith in Jesus just before my thirteenth birthday. I made mistakes and sometimes gave into temptations that are common to the teen experience, but I always experienced a deep sense of conviction and quickly responded and repented. I attended worship and Bible study every week without any prompting from my parents. My faith was genuine and early on was driven from within by the work of the Holy Spirit in my life. My college commitment was three months away and I had a summer at home to enjoy before moving away.

The Bible study that I attended regularly through high school met on Sunday mornings prior to the worship service and I was close to the five other students who attended alongside me. I transitioned through the years from children's Sunday school classes for grades one through three and then for fourth and fifth grades. From there I went to the class for sixth through eighth graders and then made the leap into the high school Sunday school class in the ninth grade. I was in the high school group for four of my seventeen years of life to that point. If you remove the first two years of which I have no memory, I had spent a quarter of my life with this group studying God's word and growing together. My graduation marked another transition that was very important. Now that my high school journey was over, the time had come to transition to the next level of Bible study designed for those who completed high school and were about to embark on their path to college, an apprenticeship, the military, or to learn a trade.

At this point I encountered a problem that is all too typical in the local church even today. The next group beyond the "youth Sunday school class" was the "young married class." In my eyes they were not young. They were married, but at this stage of my life I was not interested in marriage and could not relate. My church simply did not have any designed ministry that focused on those who had graduated from high school but were not yet ready for married life. And that is a problem. I was able to overcome this barrier most likely because I moved off to college and made spiritual connections on the college campus and in a local church that had a ministry focused on college age young adults.

The research revealed a gap that has a definitive effect on the likelihood that a person who grows up in church will still be attending as an adult. First of all, 61% of those in the survey who no longer attended church strayed during their college years. Please note that I use the term "college years" to describe the stage of life between high school graduation and about twenty-two years of age and acknowledge that not everyone goes to college. However, these years are critical in the spiritual development of those who come to faith prior to eighteen years of age and the research revealed several factors that need the attention of church leaders. One of those issues relates to the way churches approach ministry to college age young adults.

One of my areas of expertise is that of equipping leaders and growing Bible study groups in the local church. Most churches provide a Sunday morning Bible study experience preceding the worship service. The groups are labeled differently in various churches but go by titles such as Sunday Morning Bible Study, Sunday School, Bible Study Fellowship, Small Groups, Connect Groups, and Life Bible Study Groups just to name a few. While a majority of churches offer these groups on Sunday mornings, some churches because of space limitations or as a strategy offer Bible study groups at other times during the week. In addition, the groups are generally organized by life stage. Preschool children are generally placed together. Children are ordinarily placed in groups based on the grade they attend in school, and students in middle school and high school are similarly organized. Adults are loosely organized by life stage from young married adults through the senior adults. The structure varies church to church based on the size of the congregation, the facilities available, and the philosophy of each church toward Christian education and discipleship.

I have been privileged to equip and consult in several thousand congregations over the past thirty years. If I have an audience of ten pastors and ask them about the organization of their Bible study groups, which group do you think is least likely to be represented by those churches? The answer is easy and all too common. The least likely group is one that is focused on college age young adults. You can test this for yourself. Ask ten friends from different churches or ten pastors if they have Bible study groups for preschoolers, children, students (in grades seven through twelve), college age young adults, young married adults, median age adults, and senior adults.

Do you want your children to be actively serving in the local church when they turn thirty and beyond? Why The Stay can help! Much has been written about younger adults and their departure from church involvement. Concerned parents and church leaders want to know what has caused them to depart. Instead of asking why young adults are leaving the church, Parr and Crites conducted a national research project of those who grew up in church and are still serving faithfully. They studied why they have stayed and the results are compelling. You will learn as a parent, pastor, or church leader specific actions that you can take to make a definitive difference in whether or not the fifteen-year-olds attending your church now are still attending and serving when they turn thirty.


You will discover:
fifteen factors that make a great difference in the
likelihood that children and teens will remain in church as adults
ten issues that make somewhat of a difference in lifetime involvement
five surprises that do not make as much difference as you might think
the greatest gap discovered in the ministry focus of a church
actions you can take as a parent that greatly increase the likelihood your children will remain faithful to church when they are adults
strategies church leaders can implement that increase the probability that children and youth-group members will serve in the church as adults

Why They Stay is much more than numbers and data. Parr and Crites share from their personal experiences, and the information can help you be more effective in your parenting and church leadership.

Dr. Thom Rainer referred to Steve Parr as one of the brightest minds alive today on church issues. You will discover why as you read this book. He is the author of several best-selling books, including The Coffee Shop that Changed a Church. In partnership with co-author and research specialist Dr. Tom Crites, you will be challenged as never before as a parent or church leader with what they discovered.