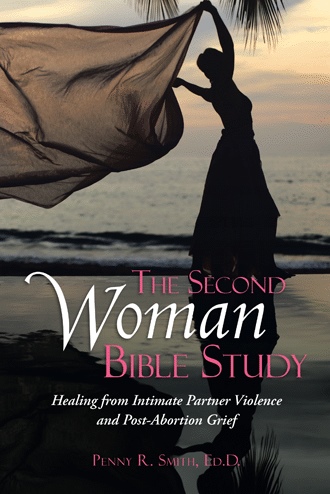 Hagar was an Egyptian maidservant of Sarah who was given to Abraham. Sarah offered Hagar to Abraham to fulfill the promise of God after they left Egypt. Abraham and Sarah were getting older and Sarah had been barren. When Hagar realized that she was pregnant, she began to despise her mistress. Sarah, being upset about the shift in her slave's attitude, began to emotionally and physically abusive toward Hagar. As a result of the abuse, Hagar fled to the desert. While fleeing abuse, she encountered an angel who instructed her to return to Sarah and Abraham. When Abram was 86 years of age, Hagar gave birth to his firstborn son named Ishmael.

Hagar was later forcefully sent away to the desert after Sarah gave birth to Isaac. Abraham sent her and the teenage Ishmael out with bread and water. They aimlessly wandered until they ran out of rations. Hagar’s son prayed to God and an angel confirmed that Ishmael would become a great nation as well.

Once Hagar is pregnant she starts to flaunt her status with Sarah and participate in gossip with Sarah’s friends. Female friends of Sarah would gather and Hagar would say unpleasant comments such as “she appears to be a righteous woman, see how many years have passed without her conceiving, whereas I conceived in one night.” As a result of her taunting, Sarah began to treat Hagar harshly. The Hebrew word used is va-t’anneha which suggests both physical and mental abuse. As a result of the violence conducted by Sarah, Hagar runs away to the desert where she has an encounter with an angel. Hagar eventually returns home to give birth to her son which Abraham named Ishmael.

Although it can be argued that Hagar instigated her offender (Sarah), she ended up an abused pregnant woman running to a desert. In what ways have you run to desolate places in your life trying to escape a bad situation?

Hagar’s story is one where a planned pregnancy turned crisis pregnancy. Hagar eventually left with her son to live outside of the home provided by Abraham. However, she returned even when the home she was returning to was not healthy. What relationships or places have you returned that you knew where not healthy? At what point did your pregnancy become a crisis pregnancy?

Hagar’s trouble started when she began to taunt Sarah. This lead to Sarah abusing her because she was Abraham’s concubine. Abraham eventually put her and her son Ishamael out of the home. It was Sarah’s idea for Hagar to be Abraham’s concubine. Even though all parties knew about Hagar’s role, it still seemed Hagar had something to prove and was never secure in her position as concubine and mother of Abraham’s first born son. What relationship circumstances have you found yourself in that left you insecure?

The Second Woman Bible Study—which takes its name from the story of King Solomon’s ruling regarding a child and two possible mothers—offers guidance to women who have endured traumatic experiences or made life choices they regret. This study offers a ten-week program to facilitate healing from domestic violence, sexual violence, or post-abortion grief. Each week, the study focuses on one of the ten processes of change or interventions that encourage change based on the Transtheoretical Model of Change, developed by psychologist James Prochaska.

Author Penny R. Smith, Ed.D, provides questions that lead to self-examination and self-evaluation. Through those questions, scriptural and real-life examples, The Second Woman Bible Study can help you find your way back from trauma and know that healing is not only possible but within your reach.

Penny R. Smith earned an undergraduate degree from Fisk University as well as her MEd and EdD degrees in education from Vanderbilt University. She later attended Asbury Theological Seminary. Dr. Smith is the founder of the Second Woman Project.