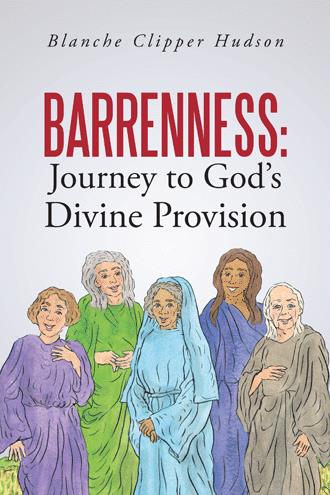 CHAPTER ONE – THE PROLOGUE

I would like to introduce you to five Hebrew matriarchs who experienced decades of distress in their marriage because they were barren for many years. These are no ordinary women - they each have extraordinary characteristics. In fact, two of the matriarchs, Hannah and Manoah’s wife, showed great faith in God’s power to deliver them from the shame and disgrace of barrenness; they demonstrated confidence and hope for what they could not see, standing as exemplars of great faith. This book is about each of the five matriarchs’ miraculous conception and birth of a son after decades of barrenness, even after menopause in Sarai’s case. What is even more interesting is that the sons born through the miraculous birth was God’s own provision for Israel’s leadership during critical times in her history.

Barrenness can be God’s own method of divine provisioning for His people through the phenomena of barren women. Even when the patriarchs made unwise and selfish decisions that placed their wives in compromising situations, and God’s plans and purposes seem to be in jeopardy, they are never thwarted through the actions of humankind. On the contrary, God’s plans are manifested through the miracle and mystery of grace.

Never ridiculed by their husbands for being barren, these beloved wives were marginalized and considered a disgrace in the community due to the agrarian society in which they lived that depended on the land for survival, male labor for keeping flock, and planting and harvesting crops. Emotionally, the wives deepest distress was assuming responsibility for their barren condition; they internalized the misery of not fulfilling their maternal role of birthing sons. Except for Isaac who prayed for his wife to conceive, it was the matriarchs who tried to provide a solution to the barrenness problem. There was another reason for women in Abram’s family to feel distress for not birthing a son. God had made a covenant with Abram to multiply his seed. And with each generation, the wives are barren for many years.

This book is about the phenomena of the five Hebrew matriarchs’ journey from barrenness to fruitfulness through God’s divine intervention; three from Abram’s family and Hannah and Manoah’s wife are the other two. These five wives were barren, but later gave birth to sons who became Israel’s leaders. Sarai and Rachel tried to solve the problem by giving their handmaids to their husbands to produce a child through surrogacy.

Chapter one gives an overall introduction to the book about the theme and the five Hebrew women. It also mentions that there are problems the matriarchs face due to the patriarchs’ unwise decisions.

Chapter four provides personal stories from barren women of the Bible, one couple’s awesome testimony about using one of the Assisted Reproductive Technology methods, and another woman’s testimony of how she prayed for a child when told by the doctors that she could not have children - God intervened and gave new life to all of these barren women.

Chapter five discusses some patriarchal problems that present another dimension to this study in terms of their actions and decision that seemingly place Abram’s seed in jeopardy. Both Abram and Isaac made decisions to save their own lives, thus affecting their wives safety whenever they encountered kings on their journey. Two patriarchs, in particular, demonstrated a lack of faith in God to protect them.

In chapter six, I share a sermon that addresses relevant principles of God’s fruitfulness from the scripture Isaiah 54 that highlights the theological aspect of the barren wife motif. In addition, I use illustrations from my own personal experience during a season of feeling spiritually barren. Moreover, God showed me some things about my own ministry and I could see a relationship between the physically barren women’s pain and my own feelings of distress. Therefore, chapter six is also my testimony and what I learned about the principles of fruitfulness.

Chapter seven discloses the sociological aspect for women and men who are physically barren. This chapter provides information for those who may desire to know more about the use of various Assisted Reproductive Technology (ART) methods as an alternative to infertility. Subjects that might be considered “Frequently Asked Questions” about the ethics behind Christian couples (1) pursuing ART as an alternative to infertility, (2) the alternatives to a natural conception and (3) whether or not they should use some form of ART. This material will assist infertile couples to have conversations with their spiritual advisor and medical practitioner about these subjects. However, the information in the help section is meant to be a resource guide to aid couples in making informed decisions, along with their pastor and medical practitioner.

Chapter eight summarizes the barren women’s voices in praises to God for deliverance from barrenness as an expression of the wisdom gained through the barrenness years. Each matriarch conceived and gave birth to a male child, a son who would rise up to be one of Israel’s leaders - none of the mothers knew God’s ultimate plan and purpose for her son.

In conclusion, the Journey Study Guide provides an ideal teaching tool for small groups to continue and extend the learning experience about the phenomena of barrenness. The format provides an interesting guide for focus groups, Christian counselors or pastors to use as a resource for study or discussion. The Journey Study Guide is also adaptable for individual study as well. 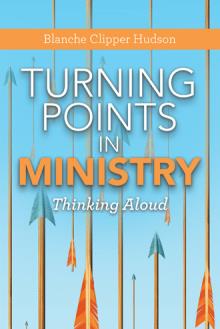 Five Hebrew matriarchs journey away from barrenness, shame, and disgrace, finally coming to fruitfulness. Through God's grace, barren wives conceive and birth sons. In Abraham's family, three generation of matriarchs are barren, and the seed is seemingly in danger of not being multiplied. The author shares the story of her season of spiritual barrenness and shows the connection between physical and spiritual barrenness, as well as the principles of fruitfulness that she learned.

A monograph of a biblical character precedes each chapter to further the journey theme, and reflection questions follow each chapter to present opportunities for individual insight. For small group study, a Journey study guide provides a format for weekly or monthly sessions.

Dr. Hudson is an ordained Baptist minister with over eighteen years’ experience in ministry. She served as an interim minister for three American Baptist Churches in New York (First Baptist Church, Saratoga Springs, First Baptist, Norwich and First Baptist, White Plains). She served on two committees at the District of Columbia Baptist Convention (DCBC) in Washington, D.C. and presented workshops for DCBC and the National Conference for Christian Education and Leadership (Chicago, Illinois).

Dr. Hudson has written several Christian education articles and Bible lessons for Urban Ministries, Inc. She is the co-author of Reunion Revival: Rediscovering Faith, Family and Community with Jesus, published by Urban Ministries, Inc. She is also one of the writers for the historic journal, Metropolitan Baptist Church: Honoring the Past, Embracing the Future, published by Westwood Publications. Dr. Hudson is an associate minister at Metropolitan Baptist Church in Largo, Maryland.