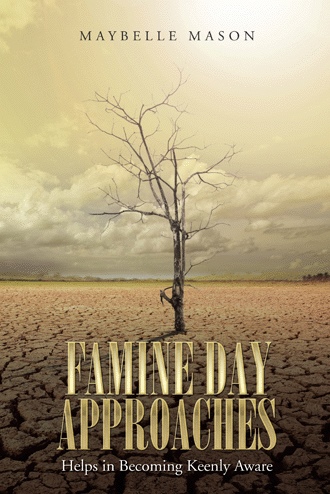 Young, Learning and Moving on

That comment was made to me when I was quite young by a good Christian woman who was older than me. Of course, I was hurt by that statement, but at the same time I agreed with her. I already had a low esteem of myself. To be a misfit in society and thinking I needed to be more like other people pained me very deep. I wanted to overcome being me with all of my weaknesses and marked peculiarity. Any inborn, unlikeable traits, we thought, needed to be gotten rid of if there was to be any noticeable, garnered good come from my life.

Since I thought little of myself, my belittlement increased in thinking I was an intolerable nuisance to some other people. It seemed that some young single women, my age, who had a charming, vibrant personality, were fluent conversationalists, and smiled freely, but who lived less than a notably exemplary life were well-thought of within some societal circles. But me--I was saddened and felt ashamed of myself for being aggravatingly burdensome to others, although I lived uprightly.

I tried to accept the counsel over and over again that suggested I definitely needed to change—what I later learned was unchangeable because I was just like other folks having my own innateness. I had to be me, whether I liked it or not.

It wasn’t long until God helped me to become keenly aware of the wrong focus we both had.

That was the statement the counsellor should have made to me because I looked up to her as my mentor. Both of us needed to refocus. I wasn’t supposed to feel that I was an obnoxious misfit in society, instead of an unassailable asset. With my attributes, my distinctive personality, and my faith in God, I was to feel I fit in very well with any present or future definitive, admirable approaches. I was living above disgustful reproaches, and although I was shy, stuttered, and blushed easily, I didn’t let that deter me from upholding good Godly principles.

While in business school, one of my instructors told me I had a far-away look in my eyes. In order for me to become successful in the business world I was to overcome that look. Her comment frustrated me because I didn’t know what she meant. So I decided to consider her words with an explorative perspective by focusing on the opposite side. I reasoned that a close-up look at what is keenly, and honorably observable should be beneficial to me in becoming successful.

Being a good conversationalist definitely did not describe me, and it pained me so deep that I, at times, became less communicative. Often I withdrew from people so as to avoid engaging in a conversation. I felt terribly inferior to other people. Later I discovered I was more skillful with writing meaningful dialogue—an interchange which some elegant conversationalists are incompetent doing. To be considered a gifted dialogist is an attribute I needed to espouse as being a part of me, and I didn’t need to feel disgraced concerning it.

To put forth a painstaking effort to be like other people was not required by God, and for me to realize that fact was a big relief for me. It brought joy to me, but other folks? They needed to deal with their own condescending thoughts and find out why the verifiable facts concerning how and why I was so inherently made.

I needed some more encouragement. After struggling and encountering more not-to-pleasant allusions God gave me a fitting inspiration with the following truism: The fact that a valuable gem isn’t within the view of a million people – is no reason to believe it is in the wrong place.

That truism highlighted a simple message to me: The fact that a million people aren’t aware who has a God-given talent to author a rare book – is no reason to believe the wrong person was gifted.

I became aware there were more expanding horizons for me to explore within my writing career. I’m not declaring my writings to be intellectually above other good, treasured writings, and neither do I announce my work to be of an inferior quality. Because of God-given inspirations I believe my work rings true in defending good character building and upholding Godly principles. Those principles are the longed-for treasurers which honest, hungry, famine-day seekers have a right to desire.

Since it isn’t demeaning to author a timely-written book—one that can help people to become more spiritually and morally enlivened, I realize I should be willing to do my small part in filling a blank void resultant of famine day shortages. 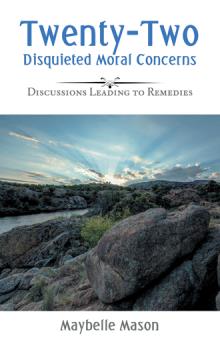 FAMINE DAY APPROACHES demonstrates how the author has successfully dealt with the obstacles, and needs in her life during many years of experiences. Travel with her as she learned to define the need of patience from defeatism, a lack of communication from a lack of faith, accepting wise discernment when she was emotionally disturbed, and knowing the inspiration given by God from her own conflicting interpretations. The author depicts how she learned to differentiate between the approaches which endorse Christian values and common-sense ethics from the approaches that can bring about a reproach of disgrace and shame.

In addition to revealing the author’s personal problems and triumphs, FAMINE DAY APPROACHES consists of sixty-plus fictional short stories, described as paintings. It, also, discloses the remarkable experience that initiated her depictions of human nature in writing. The narratives are descriptive, dialogical problems which are solved with good definitive, principled solutions. Her years of experiences add dynamisms to the variety of mindsets referencing potentials of human nature.

Learn how to become keenly aware of the many charted, and honorable privileges available when a personal famine occurs in one’s own life. Discover how famine day abundances can offset the famine day scarcities with surprised amazement. Although a shortage of Godly discernment is prevalent in today’s world, it need not be. Besides having access to the Holy Scriptures a well-stocked warehouse of famine day bread is identifiable within this work which closely relates to an eminent masterpiece which ardently addresses the same subjects.

Maybelle Mason grew up in an extreme poverty-stricken environment. Over fifty-five years ago she began writing fiction and nonfiction stories, and continues to do so. She is noted as being a dramatic, astute dialogist—a writer with amazing, creative, practical, storytelling abilities.