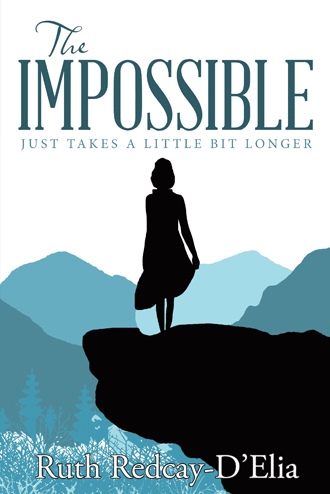 I was startled from my sleep, not wanting to look at the clock. Two a.m. in the morning! Oh my, this was much too early. Not time to get up yet. Then, once I remembered why I was awake, fear rolled over me like a 12-foot ocean wave coming right at me. There was no way to escape, no place to run. I could feel the grit of sand in my mouth, crushed and held against the ocean floor. Little did I know back then at the tender age of 13 what lay ahead of me. This was just the tip of the iceberg. I would wake up at 2 a.m. for many, many more years to come faced with unimaginable terror and turmoil beyond what seems imaginable.

This Is Just the Beginning

I was born on March 29th, 1951, part of the baby boomers generation. I was the second child and first daughter born to my young parents. They had been married around four years at the time. Over the next eight years, my mother would give birth to eight more children. This would amount to 10 children in a 12-year period. I had five sisters and four brothers. The large number of children so close together would be overwhelming in the best of families. However, as it came to pass, our family would not be anything close to the best.

I sometimes feel as though I have a memory of not wanting to be born. Of course I assume that this feeling is not an actual memory. As I would listen to my mother describe my birth, it did feel like I could identify with what she was saying. She explained that it was a long and difficult labor for her. I was born blue without any breath, giving my mother the impression that I would not make it. The nurses whisked me away to the horror of my mother. After a grueling hour of waiting, my mother was told that I was given oxygen and would make it after all. Not only would I make it, but I would be healthy as any other.

My first memory of my childhood was around four years of age. That vivid memory came back to me in the form of a violent flashback at around the age of 38. Before that, I barely had any memories of my childhood that I could credit to be real. I did not concern myself with it or think it unusual at the time. As I neared the age of 38, my marriage of 13 years was unraveling before my eyes. I was depressed and very unhappy with my life. I knew that it had to be my husband’s fault, of course. What else could it be? I had two beautiful daughters, the unrestricted use of our credit card, a brand-new house, lovely clothes, a good church and a good circle of friends. It just had to be him, right? He was the enemy. Why wasn’t he making me happy? That was the whole reason I got married—to be happy and fulfilled.

As I sat in my therapist’s office one day, I had a list of complaints a mile long. I was overly angry and bitter. At the time, it was all directed toward my husband. If he would only get his act together and stop his workaholic lifestyle, things would be fine. He would bring up my childhood and use that against me in any way he could. He just would not let the past be the past no matter how much I would gripe or whine. My wonderful therapist Terri listened intently as I unloaded on her for the entire 50 minutes of my appointment.

“Your time is up for today,” she gently interrupted me. “When would you like to schedule your next appointment?”

I was livid! How can she be so calm? She did not even solve one of my problems today and she wants another appointment at $90 dollars an hour? Forget it. I stormed out talking to myself all the way home. Two days later, feeling depressed again and now guilty for my behavior, I called her and made another appointment. That one decision turned out to be much more important and life changing than I could ever have imaged at the time. I had no clue as to what lay ahead. I am glad I did not know or I would not have gone back. Terri was my angel. I believe that without her I would have died! God knew what I needed to survive. For the next five years, I would face my past and experience memories that produced great loss, pain, and anger that at times I felt would kill me.

My wedding day was two days away from my 25th birthday. It was March 27th, 1976. I was very happy and excited for the most part. Underneath it all though lurked a dark secret that Dan, my husband-to-be, knew nothing about. My past and lack of childhood memories would become a huge factor in my marriage problems down the road, which all led to some very poor personal choices and behavior on my part.

I still had feelings for Allen, an old flame. I had met him a few years earlier and fell pretty darn hard. Allen was tall, dark, and handsome, and I felt he would be the love of my life. He played guitar and sang, which was also intriguing to me. I thought it was a perfect match made in heaven. I took guitar lessons soon after meeting him to impress him and increase my chances of being with him. We flirted, teased each other, and laughed together often.

But we never did formally date. He started dating a girl I knew from the church that we all attended. I was also dating Dan at the time. I was heartbroken but kept thinking it will not work out with her or Dan and I can get him back. He continued to flirt with me and me with him while we were dating, which fed my hope of being with him. A part of me died that day in November 1975 when he married her. I went home and sobbed like never before. Then I got myself together and focused on my current relationship with Dan.

Dan and I got engaged two months down the road. I really did love Dan. He had a great sense of humor and his laugh was contagious. He was an aspiring entrepreneur and had started his own business, which I found to be quite admirable. He was a good, honest man. We went on a two-week honeymoon to Shenandoah National Park in Virginia and had a wonderful time. I found out soon after we got home, however, that I was pregnant with our first child. I got sick as a dog. I threw up every day like clockwork. There were quite a few days where I had lost count of the times I’d gotten sick. I could not eat and did not want to because it would just come back up. I lost 10 pounds in the first four months due to my lack of interest in eating at the time. In spite of all this, I gave birth to a healthy 8-pound 1-ounce baby girl. She was born on January 5th, 1977, which was also my father’s birthday. He was thrilled to have the first grandchild share his birthday. I myself found it to be interesting. We named her Jennifer Joy for I felt this was a very joyful moment. Little did anyone know at the time, however, this joy would certainly not last? There was an ominous storm brewing of my past that would come crashing down on me and rip my world asunder.

Fast forward to the beginning of May, and as far as the weather was concerned, it was beautiful out. I woke up that day though with feelings of fear and a sense of dread. I soon realized the weather was not going to help me shake it. I felt lost and lonely. I turned to God and began to pray.

The author endured horrific sexual abuse of the worst kind, at the hand of her own father, and yet, thru years of struggle, prayer, God’s intervention and personal growth, found the strength to forgive all and love unreservedly.

The story delves into the culture of the Pennsylvania PLAIN FOLKS, and their very patriarchal society that never questioned a father’s role or his authority. Journey with the author thru the trials, tribulations, scars and many pitfalls of early life during and after abuse.

Learn, as she did, the POWER of God’s awesome GRACE, as God continually spared her in choices that would otherwise have led to total disaster for many.

Watch the chrysalis form, the caterpillar evolve into the beautiful butterfly. Not with out a sea of tears, heartaches galore, and many missed steps along the path, but in the end, God’s perfect Will and Perfect Timing brings this butterfly out of the cocoon and Cinderella emerges to shine in God’s love and Glory.

Want a lesson in forgiveness? Want to read a romance novel that challenges the worst of the horrific hardships we see on ‘made-for-TV” movies? Want to learn how to grow beyond being the victim and into being your own person that God intended?

Grab a hold of this book, pour yourself a cup of tea, snuggle up and let this amazing, life changing story begin.

Ruth Delia is from a Mennonite community in Lancaster County, Pennsylvania. She currently lives with her husband Tom in rural Newark, Delaware. Ruth is active in church, leading worship, singing, and sharing her testimony of Gods grace and miracles that he has manifested in her life. This book flowed from the many experiences Ruth has had traveling with God on a rough road called my life! If you have been blessed, inspired, or helped along in your journey by reading this book, Ruth would love to hear from you. You can contact her at: relladelia@outlook.com