Guardians of Honor: Cows and Firsties 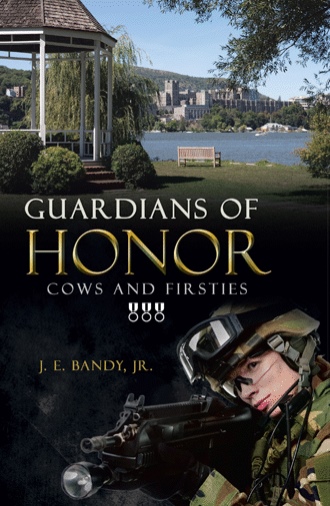 A gunshot echoed in the darkness. A female operative in a black raincoat and gray, heavy-knit, woolen cap ducked between moss-covered rocks along the coast of the Irish Sea. The dense fog and crash of the surf on the moonless night made identification of anything beyond a few feet away virtually impossible. Somewhere in the black mist, a red filtered pin-light f lashed a coded message to a rubber Zodiac approaching the rocky shoreline. The woman heard hushed voices, male … barely distinguishable over the surf … approaching her position. She anxiously crouched behind two large rocks, pulling a pistol from the pocket of her raincoat.

I knew it, she thought. Poor Anatoli; betrayed by his own people.

On a sharp rise fifty yards behind the beach, a local pub owner had begun the process of closing-up for the night. The last round had been served, the diehard Guinness drinkers were finishing their pints, and most had begun staggering out into the chilly air toward their homes. However, one unfortunate soul wearing a plaid touring cap decided to answer nature’s call on the rocky beach, and had started his descent down the craggy hillock.

Although ‘plaid cap’ wasn’t immediately visible to those below, the hushed voices the young woman had previously heard went silent, and she could almost feel knives being drawn from hidden sheaths. The woman silently brushed blonde hair from her ice-blue eyes as she hurriedly sought a solution. The Zodiac was almost at the shoreline, and the unsuspecting civilian continued toward the rendezvous point like an arrow.

Given the dark, misty, conditions, the woman thought, it’s possible that plaid cap will just do his business and not see a thing. On the other hand, my opponents aren’t the sort to leave outcomes to chance. If I warn him, it’ll cost me the mission and my anonymity - not to mention my life as a spy handler. If I don’t warn him, it’ll cost an innocent man his life. … Lord, give me wisdom.

The Clandestine Service was full of moral dilemmas like this one, the woman reflected solemnly. It had been years since she had transitioned from informant to operative, or as some would say from rat to cat. But as she watched the unwary civilian stagger toward the kill zone, in a flash of memory, the young woman recalled the first time she had been trained to face death.

Casey Sullivan arrived at the Columbus Metropolitan Airport on a bright Sunday morning at 11:00 a.m. She and fellow West Point cadet Monica Santos had coordinated their f light schedules so that they would land in Georgia at approximately the same time. The two planned to split the carfare to Fort Benning, and then check-in to Airborne School together. As Casey scanned the busy terminal for Santos, on her way to the baggage-claim area, she breathed an inward sigh of relief.

It’s good to see family and friends again, Casey thought. But, life back in Austin is becoming too confining, not to mention too weird.

Casey was far from comfortable with the Greek sorority world her friends Jennifer and Tracey were now a part of, and she was deeply troubled by the White Power world her wealthy acquaintance Skeeter Stebbins was a part of, a world that Casey (as a cadet undercover operative working on behalf of the US Military Academy and the US Army’s Criminal Investigation Division) had been asked to help investigate.

Being a Christian and an operative definitely has its challenges, Casey thought. It feels good to be just a plain ole soldier again.

“Hey, Blondie, over here,” Santos smiled from a souvenir stand a few feet away.

“I wanna’ be an Airborne Ranger,” Casey replied, tongue in cheek.

“Whatever you say, princess,” Santos chuckled. “Baggage-claim is this way.”

“Is that why you were headed in the wrong direction?”

“I was taking the scenic route.”

After picking up their luggage, the girls took an airport shuttle to the post. A short while later, Casey noticed a large sign that read ‘Welcome to Fort Benning - Home of the Infantry.’ She next observed a huge statue of a combat infantryman with the words ‘Follow Me’ emblazoned beneath it.

“There’s something wrong with you,” Casey teased, as the Jamaican van driver chuckled in agreement.

Fort Benning was a lot nicer than Casey had envisioned. There were modern brick buildings, rows of attractive homes with neatly manicured lawns, shady trees, fragrant flowers, a museum, and a well-kept golf course. When Casey read that Benning was the home of the US Army Infantry School, Airborne School, and School of the Americas, she pictured a Spartan, no frills, no nonsense kind of place. But, as she and Santos arrived at Building 2748 Eubanks Field to begin the noon check-in procedure, Casey had to admit that Fort Benning (at least this part of it) seemed pretty pleasant.

After a standard check-in, the girls reported to Olson Hall to receive their room assignments. As they’d hoped, they were billeted together. Olson Hall housed active-duty officers, some senior enlisted personnel, as well as service academy and ROTC cadets undergoing training. Males and females were assigned to different floors, but were part of the same training companies and platoons. In no time at all, Santos had met half of the women on their floor, and a group of them decided to go bowling together that evening. Casey wanted to stay in and crash, but in the interest of sisterhood, agreed to tag along. At 7:00 p.m., the female Airborne-trainees from Olson left for the post bowling center.

The Galactic Rock ‘n Bowl was one of the most unusual places that Casey had ever seen. The entire bowling alley was lit with black lights, and the lanes, balls, and walls were covered with fluorescent paint to create a cosmic-looking atmosphere. Most of the women in Casey’s group from Olsen were ROTC cadets from programs all over the country with a few Virginia Military Institute and Citadel cadets added for good measure. Casey enjoyed the food and the conversation more than the actual bowling, but was really glad she’d come.

The US Army’s Basic Airborne Course was an arduous, three week, baptism of fire. It consisted of a ground-training week, a tower-training week, and a jump-training week. The instructors and senior parachutists were Jumpmasters from every branch of the military. They were the elite, and were at the heart of America’s Airborne-capability. From the very beginning, Casey both feared and respected them. Santos wanted to be one of them. The Army Jumpmasters were known as the Black-Hats.

Casey’s platoon NCO was active duty Sergeant First Class Joseph McNamara from Knoxville, Tennessee. McNamara was 5’10, an athletic 180 pounds, artfully tattooed, and had a scar over his upper lip. He reminded Casey of the kind of man that her mother had always warned her to stay away from. 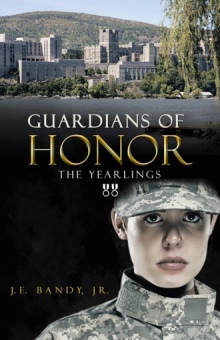 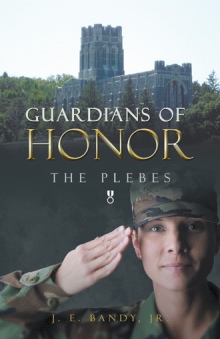 In a desperate race against time, the US Military Academy, Federal authorities, and the Israeli Mossad again enlist the assistance of Cadet Casey Sullivan in their covert war against right wing extremists seeking to use West Point as a springboard for the commission of unspeakable acts of terror against the American public. Casey, after two years of undercover work and hoping for a measure of normality, returns to complete her final two-years at West Point only to find that the radical Operation Patriot is bigger and far more deadly than anyone had imagined. Casey reluctantly agrees to continue assisting the authorities, but soon discovers she is in more danger now than she has ever been. As her confidence and skills as an undercover operative increase, the ethical and spiritual challenges facing her also increase, and Casey discovers that she has a new and illusive enemy; an enemy bent on her personal destruction. Guardians of Honor: Cows and Firsties is part three in an electrifying trilogy.

The Guardians of Honor series is a pioneering work of Christian fiction that examines the moral and ethical dilemmas faced by believers in the Intelligence community as witnessed through the eyes of female officers and cadets serving at the US Military Academy at West Point and beyond.

J. E. Bandy, Jr. is an Intelligence Analyst with the United States Government and a former Naval Intelligence Officer. He is also an evangelical Catholic who hopes to inform, entertain, and inspire through his novels. He resides with his family in scenic Fredericksburg, VA. His favorite author is spy novelist John le Carre.