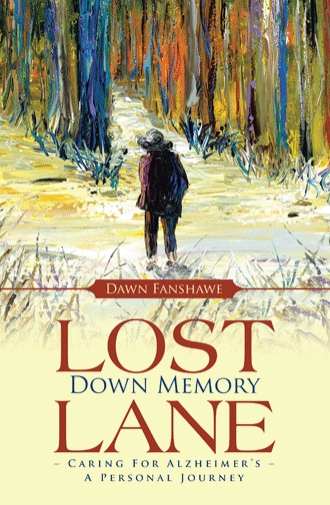 In those days, Dad rarely worked and what he did earn he often drank away. Mum was busy with us and Dad was too proud to claim any benefits. It was not a healthy pride; it was a snobby, arrogant pride that he learned from his mother, who would rather make her daughter work two jobs than claim help for herself. I remember as a child being almost proud of the poverty they endured in their early marriage, and loved to hear of their diet of dried NHS milk (which presumably was for us babies) and the molasses, cod-liver oil, salad-cream and bread. Mum hated salad-cream.

I knew that there had been a fire. Mammy wore polo-necked jumpers for most of my childhood, due to the severe scarring all over her chest, neck and upper arms.

The story was that she had been painting a reclaimed dolls pram in front of the open fire and had knocked over the bottle of turpentine, which had brought the fire over to her and up she’d gone in flames. It was an horrendous story, but Daddy was the hero that heard her screams and came to the rescue. He threw her to the ground, wrapped her in a large rug and saved the day. Apparently his hands were terribly burned and wrapped in bandages too.

A couple of weeks ago, Conor said to me that “Granddad had burnt Nana.” Somewhat surprised, I told him the story that we all knew, of Granddad, the Hero. He insisted that Nana had told him, so I asked her how the fire had started. She must have forgotten the original story, because she became very sorrowful and told us how Daddy had deliberately set fire to her himself. (He must have soaked her in turpentine, for the story they later used to have been believed.)

She said that he had set her alight and stood to watch her burn.

How terrified must she have felt to have the man she adored, crazed in such an atrocious act, in front of her, whilst the heat of the flames were all around her?

She was in hospital for many months.

Why she didn’t leave him then – for her own safety and that of her little children, who must have been upstairs sleeping – is part of who she is and her weakness (or strength?). She says that he was hurting more than she was and that he didn’t want to live. Somehow she doesn’t seem to have taken it as personally as one might expect. She stuck by his story and she stuck by him. But then, if he tried to kill her once, I guess he might do it again if she upset him or got him into trouble. So at everyone else’s expense, she protected him. Always.

Mum’s back and they need to speak to me. I’m on the receiving end of behaviour reports now.

“She was a bit out of sorts today. She was teary this morning. Thought you might know what it was about?”

“Not really, she had a bit of trouble getting ready this morning and got a bit upset…”

“And she seemed to have trouble with her lunch, co-ordinating everything. She couldn’t pick the glass up properly?”

What do I say? Co-ordination is definitely a growing problem.

“Well, thank you very much!”

And I am really grateful for those precious few hours when there is just me and no one hovering behind me, or waiting for me. I am so selfish.

She was back in time for us to go and meet Conor from school and get the bits-and-bobs from the Cooperative store as well.

I did ask first and she said “No”, but I really should have insisted that she used the loo before we went out. It can be very distressing for us both when she suddenly needs the toilet in the middle of the street.

Mammy was a great help this morning. She remembered the clothes routine and was already dressed and downstairs when I trundled down.

‘Tree’ was there, grunting his way through his second bucket of cereal.  Then Conor came down dressed, washed, and brushed too.

Mammy was smiling when I greeted her. She knew she’d done well. I told her so.

Conor is being very good about me not doing all the school runs this week. Soon he’ll be like his brother and find it highly embarrassing to have me anywhere near the school.  At the moment he still enjoys the Nottingham novelty of me being a parent in the playground to walk him home.

However, it is ‘The Broad Glade Day Centre’ again today and they don’t fetch Mum until after 9:00 on a Friday. They have to vary the rounds and give everyone earlier and later shifts - to be fair to all.

Time to ourselves, mother and daughter, and I have a delicate announcement to make. Shocking really, but because I dread the response and disappointment from Mum, I have also neglected to prepare myself for the weekend ahead.

“I have to get things ready for a wedding this weekend, Mammy.” I pause to watch the response, but all seems clear.

“It’s somewhere up… Yorkshire way, I think. It’s in a house called ‘Sledmere’.

I showed Mammy the painting in the sitting room of a former ‘Sir Richard’ posing in his hunting gear in one of the rooms at ‘Sledmere’; at ‘the Big House’.  I’ve never been there.

“Will there be someone here then?” she managed.

“No, I couldn’t get anyone to come here this time, but you will be able to stay for the night at ‘The Broad Glade Day Centre’ – like you did at Easter. You will be well looked after again. Is that okay?”

I was dreading telling her.

“But that’s not until tomorrow and I have to sort out what I’m going to wear for such a grand occasion. I need your help. Would you mind coming to advise me?”

The power of words to build up or to tear down sometimes astounds me. And the way we use and abuse their magic astounds me still more. I got it right this time though and she followed me up the stairs to offer me her wisdom.

I got the go ahead for the outfit and we came outside to wait for the bus.

The rain has stopped and we survey the sagging garden. The smell of green is rich.

Did you know that:-
1 in 8 adults in the UK are carers?
Three in five people will be carers at some point in their lives in the UK?
Another 7.7 million people will develop dementia around the world every year?

As of 2013, there were an estimated 44.4 million people with dementia worldwide. This number will increase to an estimated 135.5 million in 2050?

The chances are that you know someone who has been diagnosed with dementia.
Maybe you are one of those heroic carers?
Or maybe you are wondering what will happen to you or a family member if you or they should need full-time care?
Being a carer can seem tragic and challenging, but it can also be a journey blessed with joy, healing and unforeseen rewards.

Dawn Fanshawe’s personal story will open your mind and heart to some shared human fears, concerns and issues and will offer you hope, reassurance, insight and many practical suggestions as you face the choices you may need to make. *******************************

“Dawn writes with great sensitivity to both the cared for and the carer. She shares her own personal journey with honesty and yet with dignity in a way that will help anyone caring for another to find ways to embrace life, despite its many and varied challenges. This book is easy to read and engaging and will bring hope and encouragement to carers walking this challenging and yet important path. It will also provide people in general with a better understanding about the issues so many face on a daily basis.”

Dawn Fanshawe lives in Nottingham, England where she grew up and lived until she was 19. She then worked for two years in Germany as an Au Pair, before doing a degree in Education and Art in London. For 15 years Dawn was as an Early Years Teacher / Foundation-Stage Manager in London. Dawn remains passionate about education and was a School Governor for over 20 years and a County Governor for the NHS in Nottinghamshire.

As a student, she worked as a care assistant in many Elderly & Mentally Infirm homes across London, and in 2006 she brought her mother - who was at the time living on a remote island in the Orkney Isles and had early onset Alzheimer's Disease - to live with her in her new family home in Nottingham. At this point Dawn became her mother’s full-time carer which was to turn her life around in so many ways.

Contact with mental illness has been integral to Dawn’s life and relationships; as a child she suffered abuse at the hands of her parents and this had long-reaching implications for herself. Dealing with the challenge of caring for her mother as she became more and more incapacitated by dementia has been a big part of her own journey of healing, forgiveness and self-discovery.

More recently Dawn ran her own photography business in Nottingham and is a trustee for a Nottinghamshire charity looking to help disadvantaged families and children in her neighbourhood; she was also actively involved in the NHS Involvement Strategy.

A key part of Dawn’s life is her Christian faith and her active involvement within her local church community. Dawn’s other passions include learning and speaking languages, travelling, reading, writing, photography and gardening. Dawn’s mission is to become fully the person she was created to be and feels she is on a life-time adventure of healing, loving and seeking to become the change she wants to see in the world. She feels blessed with her family, friends and the community around her.