Whose Children Are We? The future that awaits us

The prayer of the Our Father and the Christian roots of life, family, and society 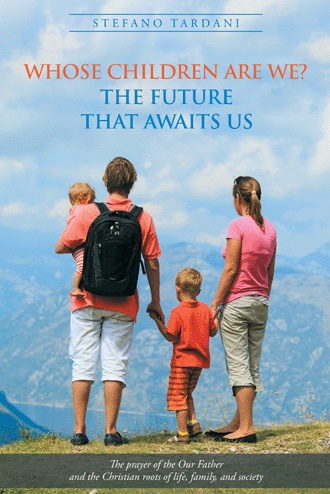 Formula for true love and marriage

In general, upon reflection, people think: “In fact, if nothing changes in our life together and each of us remains indifferent we are not a couple. It is therefore necessary to meet somewhere halfway and change a little so as to please each other”. Thus, by experiencing the attraction of love, the two come to a compromise, and by so doing they shrink, become smaller, each becoming like a half to make 1/2+1/2=1. But it is not possible to create unity in the human by adding ‘half plus half’, even if the sum makes ‘one’, as love cannot be a diminution of the person: reduction does not work, not even in love! It does not hold! God does not want ‘half plus half’ between and among human people! Indeed, today many people think that this is the reality of love and the family, going so far as to despise it by claiming that “marriage is the tomb of love” or by making simplistic judgements: “it is better not to get married”, “one is better off on one’s own”, “isn’t it enough to stay together as long as it lasts?”. They do not know what love is! They are distrustful because they have distanced themselves from the mystery of the human being.

Who believes in love? Very few since “love is of God” [Bible. First Letter of John 4:7] and to love is like entering God’s kingdom. It may sometimes be the case that although love is sought, there is greater belief in the pseudo couple than in love and the family. It is therefore quite natural that the family breaks down, since it is not wanted the way it is, even though God has made it! God has created it in another way but families today are particularly tried and tested, being assailed by materialistic, hedonistic and atheistic pressures.

If we cannot be diminished to form a couple, perhaps an alternative way could be ‘one day for each’, putting each one aside on alternate days? This is totally out of the question, even if 0+1=1 and vice versa 1+0=1. Also in this way, love would not work given the equal and constant dignity of man and woman. Since love involves the whole person, it is not only a big but also delicate commitment, and has its laws. Consequently, when there is conflict, this can lead to destruction: 1−1=0. It then becomes necessary for the couple to separate in order to survive, to rediscover themselves through effort and suffering: 1÷1=1.

What then is the formula for true love? The love between man and woman that builds a marriage and brings about the kingdom of God functions in this way, ‘one per one’: 1×1=1. This is the only way.

The beautiful apostolic letter Mulieris dignitatem (Dignity of the woman) by Saint John Paul II affirms: “In the ‘unity of the two’ man and woman are called from the beginning not only to exist ‘side by side’ or ‘together’, but they are also called to exist mutually ‘one for the other’”. “Man and woman were made ‘for each other’ – not that God left them half-made and incomplete: He created them to be a communion of persons, in which each can be a ‘helpmate’ to the other, for they are equal as persons (‘bone of my bones...’) and complementary as masculine and feminine. In marriage God unites them in such a way that, by forming ‘one flesh’ (Genesis 2:24), they can transmit human life: ‘Be fruitful and multiply, and fill the earth’ (Genesis 1:28). By transmitting human life to their descendants, man and woman as spouses and parents cooperate in a unique way in the Creator’s work”.

The world lacks the secret of love; it is only God that has it, and it is what Christianity bears witness to, and is presented in the Bible. One per one, one; 1×1=1, i.e., the formula of true good love, a love that lasts in marriage and builds with God. But we have to understand this formula well: it is not enough to be just ‘one for the other’ in order to be happy. It would be infantile to think so! Even two thieves… can get on very well, helping and being supportive to each other. It is not true that in the couple it is enough just to be accomplices.

In actual fact there are two conditions for the formula to be effective. The first condition is that each of the two ‘is for the other and vice versa’; a commitment on the part of just one of the two is not enough. There has to be a commitment on the part of both of them. The second condition is that it is necessary to be whole. ‘Whole’ stands for ‘intact’. Indeed, if a person is not ‘intact’ in truth, good and love and is, let’s say in mathematical terms, 0.8, the couple will not function well: 1×0.8=0.8 in the same way that 0.8×1=0.8. Discounts are not possible! If one is ‘a little less’ than 1, he/she will ‘lower’ and humanly impoverish the entire family.

Let’s look at another hypothesis. In the case where one of the two could be considered as having a ‘higher’ value than 1, for example 1.3, our family would show, given the inequality among its members, the presence of a dangerous surplus, i.e. an imbalance: 1.3×0.9=1.17 (in our case 0.17 with respect to 1), this would act as an impetus for one or the other to get out of the faithful relationship of the couple.

Therefore, loving also means being able to assess one’s own integrity in truth and goodness in order not to cause harm to the other and allow the couple the integrity and fullness represented by ‘one’ (1). This means that loving and caring arouse not only the good of loving but also wanting the good for each other! [...] And this is what is proposed to the many couples who attend the ‘Family – Little Church’ Centre of the Movement of Family Love (Famiglia Piccola Chiesa – Movimento dell’Amore Familiare), where all that is described in this book has been experimented with excellent results. [...] 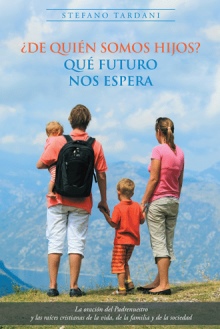 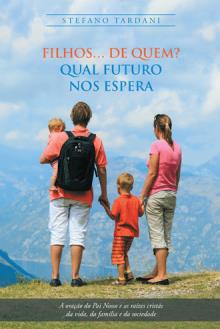 The book covers the fundamentals of human life and the family, as well as issues pertaining to the social and human sciences, seen in the light of Christian values. Christianity has something great and precious to offer everyone, both Christians and non-Christians alike. This, we must recover and discover anew, and make known through a new evangelization. The words of the Prayer of Our Father contain the blueprint for our life and survival: the knowledge and beauty not only of being human, but of the family, and of the way of living in society. This is definitely a new and different book, teaching about the meaning and the sense of life; a precious tool for the formation and pastoral care of young people and families towards a rediscovery of Faith and of the dignity of human life. Translations into another 9 languages for forthcoming publication.

Born in Rome in 1951, Fr. Stefano Tardani is a priest in the Diocese of Rome. Holding two post-graduate degrees in Moral and Dogmatic Theology, he has enthusiastically carried out studies both in the human and natural sciences. Rector of the Church of Saint Thomas, he has founded the Movement of Family Love to carry out pastoral work aimed at families. In 2003, The Association Famiglia Piccola Chiesa - Movimento dell'Amore Familiare (Family Little Church of the Movement of Family Love) was given official recognition by Diocesan Decree. Fr. Stefano has run television programmes, has taken part in TV shows, and has released interviews to the press. In 2012, he wrote the book: Figli di chi? Quale futuro ci aspetta (Ancora Editrice). In 2014, he spoke at a ProLife World Congress presenting a paper on the importance of the reality of the Spirit for human life and the development of society, and took part in the Catholic Media Symposium organized by Alliance Defending Freedom.